How to Learn Your Lines Without Memorizing 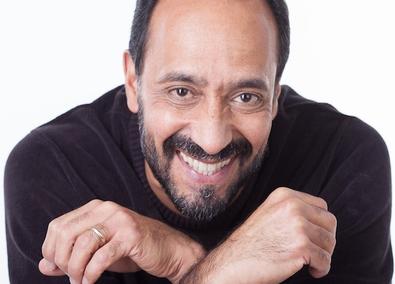 Have you ever wondered why young actors often sound like they’re speaking lines instead of expressing their own thoughts and feelings? One reason, of course, is inexperience. But another lies within the most basic of actor tasks: learning lines. How actors learn their lines can negatively impact the quality of their performance.

In school we memorize dates, facts, and equations by rote. The result is we retain the information without understanding the subject matter and we forget what we “learned” soon after the test is over. Rote memorization is a perilous strategy for a young actor learning their lines because, unlike facts, lines aren’t static. Lines in plays and scripts are living expressions of a character’s thoughts as they respond to their circumstances and try to convey their ideas in a way that makes sense to them. People don’t speak in mindless streams. One line connects to the next in a uniquely logical sequence that the actor must provide.

These connections between the lines, or “thought bridges,” are what we think before we speak. Ignore them and you ignore why we say what we say. Actors learning lines or having difficulty finding the character they’re playing should try living in the bridges. What mental steps do you take to get from one line to the next? What happens between the lines is where the life is. The journey is a more interesting story than the destination.

When you’re not speaking, listen. Receive the full force of each event. Ask yourself how it makes you feel? What does it make you want to do? Only then are you ready to deliver your next line. Action is born between the lines! An actor’s craft is 30 percent what you say and 70 percent what you don’t say. Seventy percent happens in your listening and in the spaces between your lines.

It may seem obvious, but you can’t express a thought you haven’t had. Thoughts occur before the line. The line expresses the thought. An actor in a high school play sounds like he’s speaking someone else’s words because he is literally speaking “thoughtlessly,” reciting one line to the next, just like he memorized them, while trying to “act natural” as he says them. To retain and understand text in a meaningful way calls for a different approach.

Drilling lines into your head over and over until they “sink in” is slow and tedious. It often results in an unnatural delivery and an inability to adjust your memorized patterns in response to what happens in performance.

Using mnemonics, songs, and rhymes works better than drilling for getting your lines to stick, but they’re still reinforcing learning without understanding. What use is knowing your lines if you’re humming “Yankee Doodle” in your head because that’s how you learned them?

The next time you have to learn text, determine what you need in the scene, what’s preventing you from getting it, and what’s at stake if you don’t get it. Then, instead of memorizing the words, spend time considering how you get from one thought to the next. Allow yourself to make connections and associations, no matter how random, and build bridges that make sense to you. Do you search for just the right word? Do you think, This guy’s an idiot, before you say, “It was a pleasure meeting you?” We don’t just say lines. We choose words that express how we think and feel. Each line is part of a larger web of connections that move you toward your goal.

Rote memorization is great for remembering passwords, PIN numbers, and your mom’s birthday. But memorizing text that way won’t help you discover how your character processes and responds to events as they pursue what they desperately need. Why not begin your process with that? Your lines will come with less effort if you understand why you say them, and your performance will be better for it.

Philip Hernández
Philip Hernández is an audition coach and working actor in New York City. He uses his 30 years experience on stage and on camera to teach the real world skills you need to book the jobs you want. His students appear on Broadway, in regional theaters, national tours, on television, and in film.
END_OF_DOCUMENT_TOKEN_TO_BE_REPLACED