Learning to Act How You Please 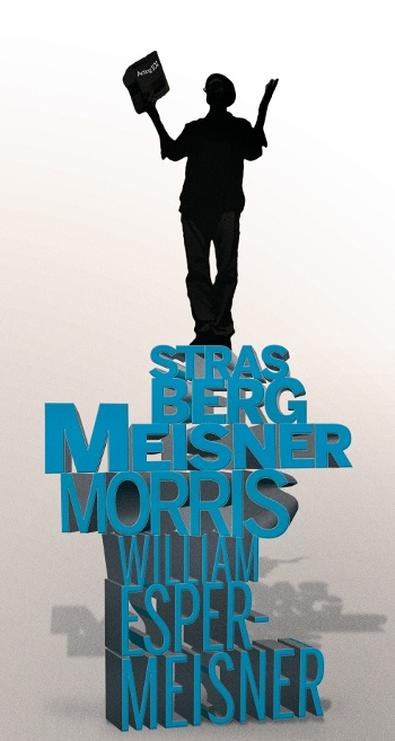 The Teachings of acting greats like Stanislavsky, Chekhov, and Adler have held fast, but as times change, technique must adapt to accommodate new lessons. Here are some established methods and those giving them a 2014 upgrade.

This well-known training technique was developed by the late Sanford Meisner. “It’s a methodology of training actors on a series of exercises that evolve over a period of time leading toward improvisation, taking certain problems one at a time, and building better habit,” says James Price, the current studio director at the Acting Studio Inc.– New York, who studied under Meisner at the Neighborhood Playhouse in the ’70s. “The strength of Sandy’s work was to get actors out of their head and let them become more of who they are. He wanted the actors to get in touch with their emotional instincts.” Meisner is taught at schools like the Mason Gross School of the Arts, Playhouse West, and the William Esper Studio.

While the titular founder of the William Esper Studio sticks to Meisner’s teaching methods, the changing times have led him to finesse a few of the techniques. “You’re constantly having various problems coming at you, and you’re always trying to find a way to speak to that student that’s before you and trying to get him to do what you want him to do,” says Esper.

One way he does that is by focusing on strong language skills, for which he developed a love after teaching at Rutgers’ Mason Gross School of the Arts. “[Language is] something that Sandy was interested in, but didn’t have the time to delve into it; but I had a whole term [at Rutgers] where we didn’t do anything but language and classical work,” says Esper. “That influenced a lot of things for me in terms of theatricals and comedy, poetic language.”

Esper’s actors train to improve their dialogue and respond continuously to behavior. “They’re also drilled on how to create and craft spontaneity,” explains Esper. “Meisner said that acting without spontaneity is like soup without salt—it’s stale, flat, and totally unprofitable.”

Rather than focus on expression through speech, method actors at the Lee Strasberg Theatre & Film Institute focus heavily on their internal experiences. “Grounded in the human truth of the moment” and learning to (re)experience life as their character, actors who practice Strasberg include Daniel Day-Lewis (who refused to break character on the set of “Lincoln”) and “The Pianist” star and Oscar winner Adrien Brody, who practiced piano for four hours a day, lost weight, gave up his apartment and car, disconnected his phone lines, and moved to Europe to better understand losing one’s family and home.

As technique moves into the future, instructors must continue to build. Eric Morris, a teacher who bases his process in Strasberg and Martin Landau, has developed his own system, which focuses on craft but pushes actors to that “being” state through instrumental work.

“Instrumental work is the process of training the actor to identify and eliminate obstacles to being and reacting organically,” explains Anthony Vincent Bova, an East Coast instructor of the Eric Morris System. “This is a very personal journey...over a long course of time.”

Morris has merged craft and instrumentation, utilizing tools like the “subpersonality,” which according to Bova involves, for example, tapping into your evil subpersonality to play an evil character. Morris aims to remove emotional blockages that prevent organically becoming your character.

Briana Rodriguez
Briana is the Editor-in-Chief at Backstage. She oversees editorial operations and covers all things film and television. She's interested in stories about the creative process as experienced by women, people of color, and other marginalized communities. You can find her on Twitter @brirodriguez and on Instagram @thebrianarodriguez
END_OF_DOCUMENT_TOKEN_TO_BE_REPLACED