How to Learn Sight-Seeing 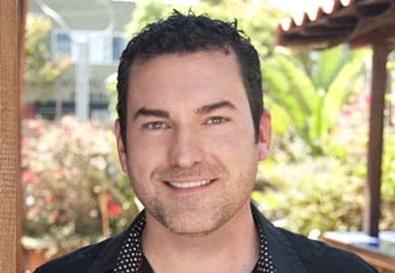 Being asked to sight-sing—sing a piece of music you're unfamiliar with—can strike fear into the heart of even the most experienced vocalist. Though it has traditionally been part of the singer's education, very few graduate with the ability to do it well.

Gerald White is an experienced session singer with a long list of professional credits, including "Glee," "Avatar," and the Oscars. The goal of his popular sight-singing class, L.A. Sight Singer, is to remove the mystery from the process of sight-singing and make this rare skill available to singers of all levels. He also has an online version at www.lasightsinger.com.

White believes that sight-singing is an important key to becoming a better musician. "For the singer, it helps them to finally understand music," he says. "I know so many professional singers who every time they get music in front of them, they freak out. It's just foreign to them."

Another benefit of sight-singing is the ability to communicate properly with other musicians, a skill that White finds singers often lack. "Musicians in bands throw their hands up sometimes because the singer doesn't know what key they're in," he explains. "They just really don't know much as far as theory is concerned."

Being able to sight-sing opens up more auditions and opportunities, and consequently more work. "A lot of auditions require you to sight-read something," White says, "especially for things like Cirque du Soleil or last-minute gigs where they don't have time to teach the music."

Session singing is another area requiring top sight-singing skills. "It saves the production companies money," he says. "They can hire singers to come in for a movie soundtrack and they'll record

24 songs in one day, or if it's a backup for an album, they can hire four singers to come in and in two hours do half the album. It opens the singer's work opportunities by far."

Rhythm is often the most difficult part of sight-singing, according to White: "For most people it's rhythm, and then intervals after that. In this course, I start from the beginning with rhythm, teaching whole notes, half notes, and then just a lot of drilling."

Intervals are handled by a number system—which White prefers to solfège (do, re, mi, etc.)—combined with vocal muscle memory. "I don't think traditional solfège is bad, by any means, but it's an additional thing you have to learn and memorize when you can just stick with the notes and numbers."

A singer does not need the mysterious gift of perfect pitch to use White's system. "It's not perfect pitch," he says. "It's the relative distance of what it feels like to sing an octave as opposed to a major second. I talk about the characteristics that make a tri-tone sound dissonant, where a major fifth sounds very hollow. We learn what it sounds like and feels like over time."

Music theory is a subject that singers are often loath to learn, but White solves this problem by focusing only on what the singer needs. "It's not complex at all," he says. "In fact, we learn all the basic theory in two classes." He discovered the need for simplified theory when students with music degrees began coming to his beginning classes. "That always used to shock me when I started teaching this 10 years ago, but I think the reason is, in traditional courses you're given modes and cadences and all these different things that you don't need."

According to White, his system does not require long periods of practice: "I would say 15 minutes a day." He has found that repetition and short daily practice allow the brain time to process the information, giving the student faster results. "They'll go much further much quicker than if they just sat down for two hours and tried to cram it all in," he says.

The amount of time required to become proficient depends on where a singer is starting. While an absolute beginner can take up to two years to learn to sight-sing at a high level, a more experienced singer can get there in as little as two months, White says. "They just need a process to be able to apply it."

The L.A. Sight Singer website offers different study paths for different levels of experience. "Singers with previous training can go through and pick what they need to learn," he says. Those who want a more structured path can follow White's carefully constructed curriculum: "I just completed a one-year plan where they have a lesson for each day."

The online lessons include an instruction video, followed by a practice and application video. White also adds a weekly song to keep things interesting. "We have a 'Name That Tune' exercise," he says, "where they see the music, usually a Top 100 pop song, and they're given a week to try and figure out what that song is."

For singers who aren't part of his program, White suggests, "Take a theory course, a music course of some kind," and find as many singing opportunities as you can. "Find a community or church choir, some kind of group where you're forced to actually start reading. That's the best practice of all, the application."