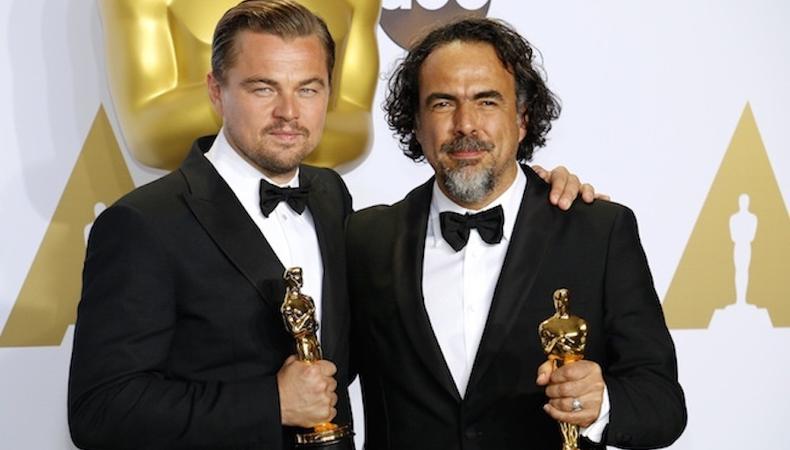 The Oscarless Leonardo DiCaprio memes are no longer. The actor won his first Academy Award for Alejandro G. Iñárritu’s “The Revenant” last night.

DiCaprio stepped on to the stage to a standing ovation for winning his first Oscar after four previous acting nominations.

As an ardent supporter of environmental issues, DiCaprio addressed climate change in his speech.

“Making ‘The Revenant’ was about man’s relationship to the natural world. A world that we collectively felt in 2015 as the hottest year in recorded history,” DiCaprio said. “Climate change is real; it is happening right now. It is the most urgent threat facing our entire species and we need to work collectively together and stop procrastinating.”

“The Revenant” additionally pulled in wins for Iñárritu (his second consecutive directing Oscar) and cinematographer Emmanuel Lubezki (his third straight award after wins for “Gravity” and “Birdman”). Iñárritu is only the third director in Oscar history to win back-to-back Oscars for directing. He joins an exclusive club that includes helmers John Ford and Joseph L. Mankiewicz.

Acting veteran and multiple Tony Award–winning thespian Mark Rylance pulled off somewhat of an upset in the supporting actor category, winning for Steven Spielberg’s Cold War–era drama “Bridge of Spies” ahead of Sylvester Stallone’s projected win for reprising his role as Rocky Balboa in “Creed.”

Rylance paid tribute to his director and co-star Tom Hanks.

“This film gave a voice to survivors,” producer Michael Sugar said. “And this film amplifies that voice, which we hope will become a choir that will resonate all the way to the Vatican.”

“Spotlight” is the first best picture winner since 1951’s “The Greatest Show on Earth” to win only one other award (a prize for original screenplay).

“Mad Max: Fury Road” swept most of the technical categories early in the evening with six. However George Miller’s high-octane action film was no match for the small film about investigative journalism and corruption in the Catholic Church.

Check out a list of complete Oscar winners below.

Documentary (Short Subject)
Body Team 12
Chau, beyond the Lines
Claude Lanzmann: Spectres of the Shoah
A Girl in the River: The Price of Forgiveness
Last Day of Freedom

Makeup and Hairstyling
Mad Max: Fury Road
The 100-Year-Old Man Who Climbed out the Window and Disappeared
The Revenant

Original Song
"Earned It," Fifty Shades of Grey
"Manta Ray," Racing Extinction
"Simple Song #3," Youth
"Til It Happens to You," The Hunting Ground
"Writing's on the Wall," Spectre