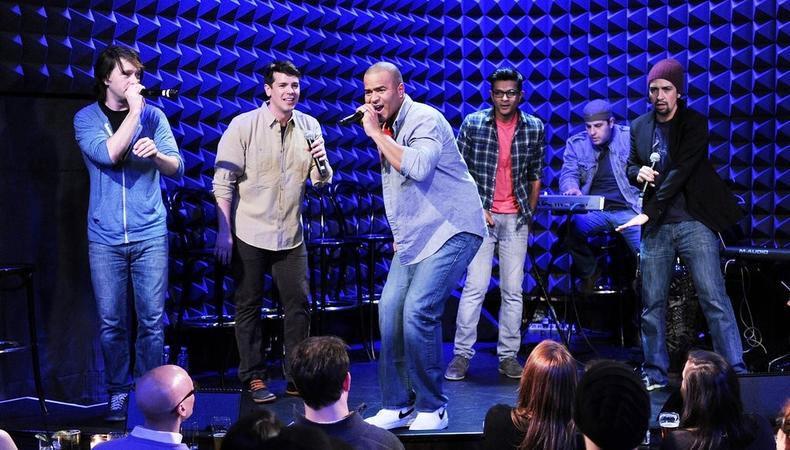 Lin-Manuel goes back to his roots.
If you didn’t know, Lin-Manuel Miranda has a lot going on—but he’s still found some time for a passion project. Along with “Hamilton” director Tommy Kail, Miranda will produce 32 performances of the group Freestyle Love Supreme Off-Broadway. Conceived years ago by the duo along with Anthony Veneziale, every show is derived from improvisational rap. Beginning Jan. 30, 2019 and running through March 2 at Ars Nova’s Greenwich House Theater, every performance will include Veneziale, Andrew Bancroft, Arthur Lewis, Bill Sherman, Chris Sullivan, and Utkarsh Ambudkar. And of course, though not a regular performer, Miranda will drop by for select performances.

A“Child” descends to the island.
“Once on This Island” will be visited by a child—Destiny’s Child, that is. Grammy Award winner Michelle Williams, best-known for her time as one/third of the group Destiny’s Child, returns to Broadway in the role of Erzulie in the Tony-winning revival. Williams plays her first performance Nov. 30, replacing Darlesia Cearcy. This will be Williams’ third time treading the boards, having previously starred in “Aida” and “Chicago.”

Relocation for Lear.
Though we’re still in the thick of the fall theater season, attention is already shifting to spring. Broadway’s incoming “King Lear,” starring Glenda Jackson as the titular monarch, will now play the Cort Theatre, beginning performances Feb. 28, 2019. The drama had originally been announced to play the Golden Theatre, where “Hillary & Clinton,” the new play starring Laurie Metcalf, will now run instead. Performances for the latter begin March 16. Both plays are produced by Scott Rudin.

“Bat Out of Hell” foregoes Broadway (for now).
“Bat Out of Hell — The Musical,” based on the best-selling album of the same name, is making its way to New York, in a non-traditional capacity. Currently playing in Toronto, the jukebox tuner will receive a New York transfer this fall as part of its North American tour, receiving a limited eight-week engagement at New York City Center (where Encores! presents their quarterly musical presentations). Performances begin July 30, 2019, and will run through Sept. 22, at which point it will move onto its next leg of the tour.

Have your theater and eat it, too.
For a five-week limited engagement, audiences can experience “five-dimensional theater” at “Passion Nation.” The first of its kind immersive dining experience has been designed as a companion piece to Broadway shows, combining storytelling with integrated food and drink, and depicting some of the most transformative moments of American history. Performances begin Nov. 15 at 248 West 37th Street.

Casey Mink
Casey Mink is the senior staff writer at Backstage. When she's not writing about television, film, or theater, she is definitely somewhere watching it.
END_OF_DOCUMENT_TOKEN_TO_BE_REPLACED