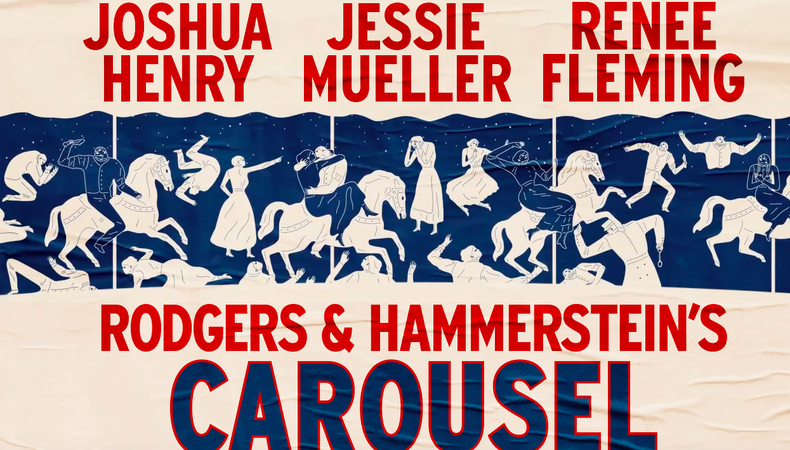 Mendez steps in for Wolfe.
Following the somewhat shocking news that Betsy Wolfe would depart the forthcoming Broadway revival of “Carousel” after her casting was announced, the golden age tuner has found its new Carrie Pipperidge. Lindsay Mendez, who has played Elphaba in “Wicked” on Broadway and was most recently seen in last season’s play, “Significant Other,” has joined the cast along with Tony nominee John Douglas who will be playing the Starkeeper. They round out an ensemble led by Tony winner Jessie Mueller and Tony nominee Joshua Henry. Previews begin at the Imperial Theatre Feb. 28, 2018.

Broadway is about to get Rocked.
“Rocktopia,” a live concert event combining rock songs with classical music, is heading to Broadway. The brainchild of recording artists Rob Evan and Maestro Randall Craig Fleischer, the show will play the Broadway Theatre March 20–April 29, 2018, and will star a bevvy of vocalists from the realms of theater, rock, and classical music including Evan, Chlow Lowery, Kimberly Nichole, Alyson Cambridge, and Tony Vincent.

“Pretty Woman” adds a man.
Ahead of its out of town tryout in Chicago, the Broadway-bound stage adaptation of “Pretty Woman” has added stage veteran Jason Danieley to the cast, in the role of Philip Stuckey (played in the film by Jason Alexander). He joins a cast that includes Tony winner Steve Kazee, Samantha Barks, and Tony nominee Orfeh, leading the production that will bow on Broadway at a to-be-announced Nederlander theater in fall 2018.

Young actors will get political.
Young actors Lilla Crawford (“Annie”) and Tony nominee Sydney Lucas (“Fun Home”) have been tapped for the forthcoming “American Scoreboard: The Trump Administration,” the latest in a series of political readings. This presentation, which will depict the confirmation hearing of Education Secretary Betsy DeVos, will be held at Pace University’s Schimmel Center Oct. 23, and will see Crawford as Senator Patricia Murray, Lucas as Senator Elizabeth Warren, Sam Poon as Senator Bernie Sanders, and Nicholas Barasch as Senator Al Franken.

Looking to get cast? Check out Backstage's New York auditions!

Casey Mink
Casey Mink is the senior staff writer at Backstage. When she's not writing about television, film, or theater, she is definitely somewhere watching it.
END_OF_DOCUMENT_TOKEN_TO_BE_REPLACED