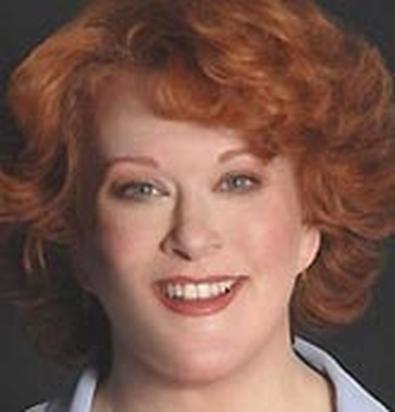 Through almost all of Liz McCartney's rendition of the Jerry Ross-Richard Adler "Hey There" — which Rosemary Clooney turned into one of her many chart-topping hits — I had my eyes closed. Not dozing but listening for how closely the tribute-paying McCartney approximated Clooney's warmly astringent tone and all but totally absent vibrato. During Rosemary and Time, recently at the Laurie Beechman Theatre, the songbird duplicated Clooney's sound to an uncanny degree but never more so than in the Pajama Game standard.

And on this one, I'm a pretty good judge, as I was singing along with Clooney over the entire summer of 1954. Yup, I know this one inside out. So does McCartney, who also treated Clooney tenderly — as the Clooney signature song by Jack Lawrence and Walter Lloyd Gross has it — whenever she sang. She obviously has great respect for the late singer (as do many others who've done and are doing Clooney shows) and has put her money where her mouth is.

She had Ray Fellman at the piano, Gregory Landes on percussion, and Marc Shmied on bass, and she also indulged a number of wardrobe changes to approximate Clooney's '50s girl-next-door look as well as the later, more-sophisticated fashions to accentuate the girl-next-door-goes-glamorous appearance. You can be sure that in her efforts to get it all right, she even put on glasses, as Clooney did in the latter part of her career, when she rebooted after a long post-1968 recovery from mental blips.

Needless to say, Clooney recorded scores of songs, and also needless to say, McCartney couldn't include them all, but those she did had the venerated Clooney ease and sheen. A funny medley of the tunes Columbia mentor Mitch Miller foisted off on her included the monster William Saroyan-Ross Bagdasarian click "Come on-a My House." (She wasn't fond of it and the novelties it tied her to.) With Fellman she reprised Frank Loesser's "On a Slow Boat to China," the showstopper with which Clooney and big supporter Bing Crosby brought down the house on his 1977 farewell tour. Clooney's initial click, Kitty Wells' "Beautiful Brown Eyes" (Jerry Capehart-Alton Delmore-Arthur "Guitar Boogie" Smith) got the nod but not her other country fave, "Half as Much" (Curley Williams).

But while McCartney's singing was perfection — the kind of homage not everyone can pay in terms of imitating (and more) a very particular voice — the show itself, directed by Kelley McKinnon, was marred. In addition to filling in biographical data, McCartney chose to play out brief scenes from the life. For that she used Fellman and comedian Marcy McGuigan. The tall blond addition warbled well in duets on Irving Berlin's "Sisters" and a few others, but she was also called on to be funny. She wasn't, in a trying-too-hard way. The lowest point of many low points was her comic portrayal of Rin Tin Tin. (Don't ask.) The second lowest were her turns — holding a goatee in front of her face — as Mitch Miller.

Incidentally, though McCartney has the Clooney sound down pat, she isn't a dead ringer for her idol — not even in the later, heavier Feinstein's at the Regency days. Nor did she attempt to recall the breathing patterns Clooney used to mask diminished lung power. Curiously, McCartney in wavy hairdo and the opening Eisenhower-decade outfit looked more like the almost forgotten but always spectacular Kate Smith. Maybe she'll follow this one with that lady's fascinating story.