Lone Scherfig Takes It 'One Day' at a Time 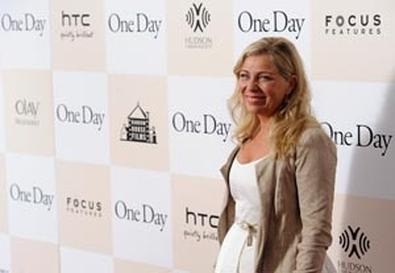 Photo Source: Jemal Countess/Getty Images
She may be Denmark's most famous auteur, but Americans are finally noticing her—and learning to pronounce her name. Lone (pronounced lone'-uh) Scherfig burst onto the English-speaking scene in 2009 with the film "An Education," almost a decade after shooting her Danish breakout, "Italian for Beginners."

With "One Day," she dramatizes David Nicholls' structure-driven novel-turned-screenplay. The story tracks the relationship between Emma Morley and Dexter Mayhew, who spent July 15, 1985—their university graduation day—together and who develop a relationship we see on various July 15ths over the decades.

Scherfig spoke with Back Stage earlier this summer, jet-lagged but in flawless English, as she reflected on casting and creating the summer-romance film, opening this week.

Back Stage: How did you cast your actors? Did you invite them?

Lone Scherfig: I think Anne Hathaway invited Anne Hathaway. She had read the script and decided to fly to London on her own to meet with me and talk about Emma Morley, whom she had instantly fallen in love with and wanted to play and strongly identified with. Anne, too, has a university background and is a good writer, actually. She felt she really knew her. I met with her, and I could feel she had this warmth I thought would suit the part. I knew technically she's so experienced, and technically the part is complicated, because it's all these time changes. So she was cast first. And then I came here, to Los Angeles, and shot Anne with different Dexters, and Jim Sturgess stood out.

Scherfig: He's very musical. He's very courageous. He knew he understood Dexter's development and wasn't afraid to sometimes do things that are not very likable. They suited each other, and they liked each other. And I believe him both as a posh, spoiled British public school boy and also as someone who is self-destructive, making a lot of mistakes, and someone who loves and learns how love is. That, too, is a really hard part, and it felt like he could do it, and he hadn't done it before, so there's also some freshness to him. There aren't that many really good actors who are well-known in that age range to choose from. It's also a tonality that he has, and he's witty.

Back Stage: Tonality in the voice or in his approach?

Scherfig: It's timing; it's something about rooting the film in London, where Jim is from. And charm. That is a very old-fashioned thing, but I think he really has that. He's as easy and uncomplicated as a person as he is complex as an actor. He's really interesting; I think he's going to have a fantastic career.

Back Stage: How did you know he was courageous? Had you seen his other work?

Scherfig: Well, yes, but it's about the choices people make. And Anne had said from the beginning that she gives a lot of herself; she has access to a lot of emotions straight away, and she doesn't like acting with people who don't embrace that, who are too private and too guarded. She wants the collaboration to be intense. And I think he understood that. And he has no mannerisms. So it made my job easy that they get along well and that they had the music in common, that I didn't have to fight for the chemistry, which is so crucial to a love story, that you accept them as lovers, especially because, for a long, long period of the film, they are not.

Scherfig: I think it's always challenging for the actors to not play everything in every scene, to know that we will understand that Dexter has a heart of gold and we don't have to play it out in this scene, and we will know that Emma is insecure, but we know that from the beginning, so there can be scenes where she loosens up more. But [the actors] know that; they are pretty experienced. So the basic thing about shooting 20 years, out of order and having to do a varied portrait of not just a character but the way the character develops, is hard. They are hard parts, those two. Anne is very smart, and she's very interested in psychology. Her instinct and Jim's instinct would be very often spot-on. And they had the book, so they could go back to the novel if they needed to fill in some blank spaces in order to make the overall arc work. And then I don't know if it felt that way, but we were out so much in this film because there are so many locations. So you walk in and you go, "This is where you've lived for three years, and we're going to start shooting in 20 minutes." Immediately, they had to feel self-assured enough to just do things and never overcomplicate things. If they had been more "sensitive" and less brave, it would have been harder. And we didn't have the possibility of rehearsing, except in the Mexican restaurant, 'cause I thought for Anne to work as a waiter in a Mexican restaurant with that many staircases and doorways to the kitchen, to get into the feel of things and make it look as if she actually knows how to do that, we had to get the mechanics of it right. I think she could wait tables in a Mexican restaurant any day. Of course, technically it's a similar challenge for a film crew to come from one location to the next all the time and shoot all these little short films that the film is made of and get the most out of each year and each location and a very varied color scheme and a very varied style. Some scenes are much faster than others, some are comedy and some are more epic and lyrical, and [we still needed to] root that in the same film. I've been thinking so much about Jackson Pollock, for some reason, 'cause you had these paintings that are so eclectic, but still it's one organism. And we didn't want the film to be Puritan and overstylized; we really wanted it to be brave and bold and entertaining and full of summer.

Back Stage: Do you get to pick Benoît Delhomme as your D.P.?

Scherfig: Yes. There would probably be people the producer would think would be too risky to involve in a project like this, so they would of course want to approve the D.P. But Benoît was high on everybody's list. I had seen a few of his films, but "The Talented Mr. Ripley" has something where it goes more abstract, where the Venetian water makes subtle time jumps and spins. I don't know if that was Benoît or Anthony Minghella. I felt he could shoot this film and its time jumps. And he lights beautifully. Both he and I really went for making the dawn and the dusk work a lot for the story, to get all these days. It's not enough that it's either day or night, because of the concept of the film. So, in the first scene, the sun rises during the scene, and from cut to cut it gets more and more daylight, and in the last scene the sun sets. You're not supposed to see it, but it does. [In the last scene] when they come running down the stairs in Scotland and they met Dexter's parents, there's still sun in the background, and then when she leaves, three lamps are lit. We had a lot of fun with that.

Back Stage: You deal with massive crews. Do you know everybody's name?

Scherfig: I come from a much more democratic tradition. I come from much smaller crews and a country where the work force is extremely flexible and the people are super-ambitious and just want influence and get influence, which is sometimes not very productive. In England, everyone does their best, no matter how tedious their job is, which is great. In Denmark it's very different. But it means that I'm used to knowing the crew very well, and there are jobs that they do that I've done. But part of our job is also knowing how to spend my time the best, which means that I should talk more to the actors than to some of the other people on the set. And I know that the directors people like best are the directors who communicate the best. But it's not necessarily about being liked; it's about making a film that people are proud that they did. And some of the directors I admire most are not the most sympathetic.

Back Stage: Do you have a particular way of interacting with your actors?

Scherfig: Of course, some of the tone [on a set] comes from the way you talk to people. But I think you do that when you talk to people differently in life as well. I don't have a system. But I've worked so much that I have things that I do repeatedly with different actors, because some of the problems that occur are problems I've encountered before. But I also learn all the time. I learned a lot from Peter Sarsgaard on "An Education." He's still the best actor I've ever worked with. There was something about his analysis of the material and his accessing the character and his secrets, and creating secrets, that I thought was extraordinary.

Back Stage: Did he discuss that process with you, or you just knew?

Scherfig: I'm not very intimate with the actors. I don't get on the phone with them at 4 a.m. People assume that because I'm a woman, and slightly overweight, that I mother them. But I don't. I'm probably more shy with them than a lot of other directors, and I have to remind myself constantly that they are more daring than I am. They do things all the time that I would never do. But it doesn't hurt so much, in that they like to work. I often feel bad about asking them to do things. But then I remind myself that they actually like it and they've chosen to do it for a living, and they can always say no. And if they say no, I find a different way to tell the same story.