Looking for the Pony 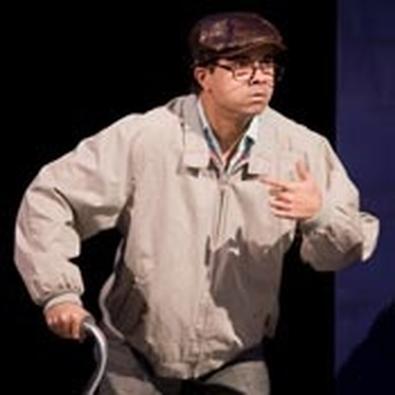 In Andrea Lepcio's Looking for the Pony, the playwright is lucky indeed to have J. Smith-Cameron and Deirdre O'Connell playing the lead characters. Over the past few years, they have become favorites with Off-Broadway audiences, and rightly so: Both combine consummate skill with individual charm. So here in Lepcio's tender but grimly stark drama, we get two for the price of one, as they play half sisters "who could see the bright side of any situation."

Lesbian Eloisa (Smith-Cameron) is about to leave her banking career to pursue her dream of being a writer when her sister Lauren (O'Connell) is diagnosed with breast cancer. Lauren, a working housewife and mother beloved by all, contrasts with the ambitious Eloisa. But the women share a strong sisterly bond that's tested as cancer becomes the other principal character. The play's poignancy is in the fact that the bond is not found wanting. For once we witness a family relationship that is truly functional.

From the outset, the sisters are determined to look on the positive side. This is also true of the playwright, as Lepcio begins briskly, introducing leavening humor in well-aimed shots at the medical profession and health insurance. But the comedy and brightness evaporate when loss and acceptance become the dominant themes. The story spirals down as anti-dramatic inevitability sets in, and we have only the sisters' devotion left to hold our interest. Unfortunately, terminal illnesses have a way of taking over plays as well as lives.

While this is an unsentimental play about two loving sisters, the evening is also very much about two female performers at the top of their game. Miss them at your peril.