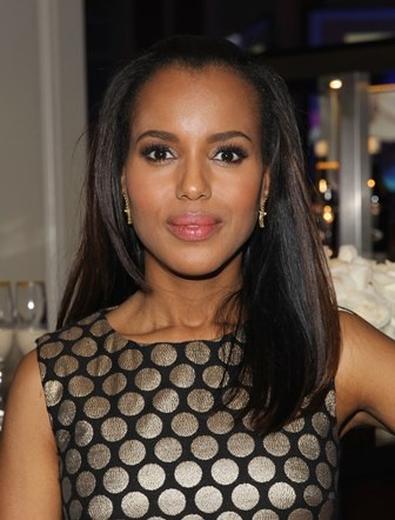 The 29thAnnual Artios Awards was held Nov. 18 at the Beverly Hilton Hotel in Los Angeles. A joint ceremony was also held in New York. The event was hosted by Aisha Tyler, who stepped up at the last minute when announced host Nicole Sullivan was unable to attend. Presenters included Jake Gyllenhaal, Michael B. Jordan, Jonathan Groff, Liam James, Ana Ortiz, and Constance Zimmer. Marg Helgenberger and Kerry Washington presented the Career Achievement and Hoyt Bowers Awards.

Casting Society of America President Richard Hicks highlighted some of the CSA’s accomplishments in the last year, most notably the success of the documentary, “Casting By.” The documentary filmmakers were given a special award during the evening’s ceremony. For the first time a casting associate was also honored. In Los Angeles, Charley Medigovich was honored with the Associate Spotlight Award.

Throughout the evening, there were several mentions of the notoriously camera-shy nature of casting directors. “I am a casting director because I’m terrified to speak in front of people or be photographed or be on video,” said Jamie Sparer Roberts, as she accepted the Artios for Animation Feature casting. Later on, presenter Gyllenhaal noted the role reversal. “It’s actually been wonderful to see casting directors up here and more nervous than I’ve ever seen them before. It’s sort of perversely wonderful to watch you shake,” he said.

Linda Lowy (“Scandal,” “Grey’s Anatomy”) was honored with the Hoyt Bowers Award. Kerry Washington presented the award, and many of the actors Lowy has cast through the years participated in a video tribute. Besides gratitude, Lowy also offered some words of advice to her colleagues.

“We must encourage the next generation to go to the theater to know what’s happening outside of L.A.," she said. "To truly understand the text and speak not just to who will play the part but to the overall story, the genre, the tone to have some knowledge of film history." She noted the importance of having passion for actors and being willing to fight for them, citing Chandra Wilson, Kyle Chandler, and Katie Lowes among some of the actors she fought for.

Marg Helgenberger presented Nina Tassler, president of CBS Entertainment, with the Career Achievement Award. “I cannot leave this moment without acknowledging the greatest casting directors in the galaxy," Tassler said of her casting colleagues at CBS. "They are the most talented, inspired, and enthusiastic group of individuals with whom I have the privilege of working every day."

Jonathan Groff gave a shout out to nominee Rachel Hoffman for helping him when he was starting his career in New York before announcing the theater categories. “I subscribed to Backstage Magazine and one of my first auditions in NY was an open call for the nonunion national tour of ‘The Sound of Music’" he said. "I sang 16 bars for Rachel Hoffman, and she cast me in the show and completely changed the course of my life.”

Constance Zimmer presented the television casting awards and offered some final thanks for the evening. “We wouldn’t be here without you," she said to the actors. "We appreciate all of you. We appreciate you more when you let us in the room, and we like you even more when we actually get the part.”

The complete list of winners for the 2013 Artios Awards for Outstanding Achievement in Casting is below.

New York Theatre – Drama
“If There Is I Haven’t Found It Yet,” Jim Carnahan

Melinda Loewenstein
Prior to joining the Backstage team, Melinda worked for Baseline StudioSystem tracking TV development. When she's not working, she enjoys cuddling with her cats while obsessively watching every television show to ever air.
END_OF_DOCUMENT_TOKEN_TO_BE_REPLACED