The L.A. Comedy Events (and Auditions) to Keep on Your Radar in April 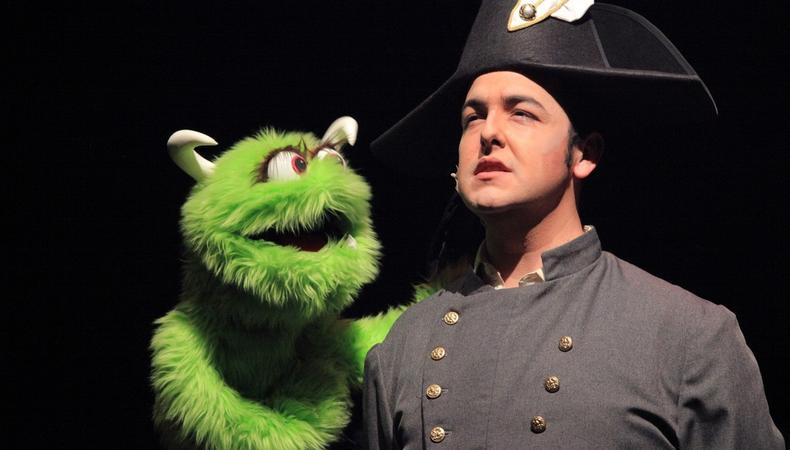 Here is a list of performances and casting opportunities happening in Los Angeles this month!

PERFORMANCES
Looking for something different? Then check out Les Miz and Friends: A Puppet Parody. In this show, the Broadway legend is overtaken by a bunch of foul-mouthed puppets who want to throw a revolution of their own. The show is full of twists on classic songs, improvisation, and audience interaction. Please note that the production contains offensive language, sexual situations, and musical theater. It should not be viewed by children. The show premieres on April 5 at 8 p.m. at the Hudson Mainstage Theatre in Hollywood and runs every Friday night and Saturday. ($32)

Lady*Like is a monthly variety and sketch show featuring all women of color. The show features two female hosts, who bring out three to four guest variety acts that range from stand-up to storytelling to music to improv, and in between, the team performs some sketch comedy. Check it out on April 5 at 8 p.m. at The Pack Theater. (Pay what you can)

Actor, comedian, and YouTube sensation Anjelah Johnson (“Not Fancy”) is kicking off her national stand-up tour in Los Angeles on April 13 and 20. Both shows will be held at the Wiltern and begin at 8 p.m. ($49.50+)

READ: What Every Actor Needs to Know About Performing Comedy

New York Times best-selling author and comedian Andy Borowitz is best known for creating the Borowitz Report, a satirical news column that won the first-ever National Press Club award for humor. He’s putting on a live show at the Dolby Theatre on April 24 at 7:30 p.m. ($29.75+)

If you haven’t seen Opening Night: The Improvised Musical, this month is your last chance! The show has been running since 1998 and has featured some of the best comedians out of Chicago and Los Angeles. This is a Broadway-style musical that is made up on the spot, based on a single audience suggestion. You can catch the show every Friday night at 9:30 p.m, with April 26 being its closing night. ($12)

CASTING CALLS
Is dark comedy your thing? Then you’re in luck! “You Don’t Need All Those Lungs” is a short film that falls into that genre description that’s also casting lead, supporting, and day playing roles. The film plans to shoot in May in Riverside. A daily rate will be negotiated, plus meal and travel cost provided.

“Can You Pass Me the Soy Sauce” is a comedic student short film about a home intruder who wants to steal a limited-edition painting but is held hostage by an argumentative couple. The film is casting two male supporting roles. The roles do not pay but a meal and a copy of the footage are provided. The film will be shot on April 13–14 in Burbank.

SouthlandFilms is casting supporting and day playing roles for “Tone-Def,” a scripted comedy series pilot. The production company plans to pitch the series to Netflix, Amazon Prime, Hulu, and HBO. Rehearsals will begin April and the pilot will shoot late May, early June in Los Angeles. A daily pay rate will be provided along with meals.

Folio Multimedia is casting lead roles for a satirical trailer for a big-budget Hollywood biopic in which all of the actors are hopelessly miscast. Rehearsals will happen in mid-April in Los Angeles and filming will occur late April, early May in Los Angeles. The roles pay $200/day for a three-day shoot. Copy and meals are also provided.

CLASSES
Trying to figure out how to kick off your acting career or feeling stuck? Carolyne Barry Acting Academy is offering a class called How to…Hit the Ground Running that will cover creating a budget, determining your type, headshot success secrets, writing résumés, packaging yourself as the product, writing cover letters, choosing teachers and types of training, networking, securing agents and managers, and creating the career you want. The four-week class costs $450 and includes a 30-minute private session with Kimberly Jürgen, the instructor who wrote the book this class is named after. Classes start on both April 7 and April 8 at 1 p.m.

Flappers Comedy Club is offering two beginner-level stand-up classes in April. This class is great for comedians looking to gain a basic understanding of comedy structure and students with no prior stand up experience, as well as non-performers looking to gain a basic understanding of comedy and public speaking. Topics covered in this course include the basic elements of joke structure, identity exercises, and how to mine your personal life for comedy material. The class ends with a stage performance in front of a live audience. Classes begin on either April 13 at 12 p.m. or April 16 at 1 p.m. and cost $395.

Have you been wanting to try improv but keep pushing your start date back? Now’s the time to take a class! Groundlings is offering a beginners-level six-week improv workshop that teaches the fundamentals of improv. No audition is required, and there are six different day/time options for the month of April. The class costs $310.