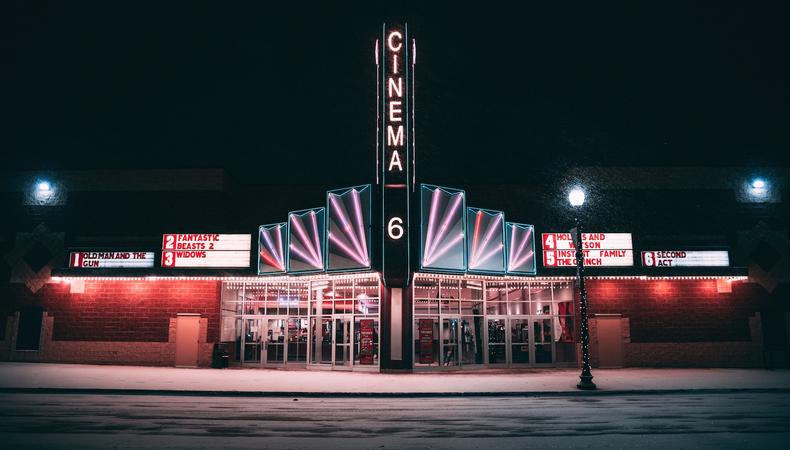 Film is a sensory experience, especially for those who create it. You absorb it in ways that impact how you evolve as an actor and the paths you take in your career. Enrich your perspective this week with new, innovative films including one that was that was innovative and, in fact, brazen for its time. Oh, and hang out with Val Kilmer. That, too.

Figure out what you bring to the table with SAG-AFTRA Foundation.
For some, “branding” is kind of a vague term that has different meanings depending on what is, in fact, being branded. For actors, your brand encompasses how you define and present yourself everywhere from auditions to sets to social media. Head to SAG-AFTRA Foundation on April 10 for one of their legendary 20-person branding workshops where, yes, even what you’re wearing will be taken into account. Don’t worry—the results are worth it; other actors who’ve participated call it “invaluable” (including one actor who personally told us she 100 percent recommends it)! (Free for union members)

Honor innovative and diverse works from NewFilmmakers L.A.
Some awards shows can feel a bit rote or even downright puzzling, but honoring emerging filmmakers is something that’s genuinely important, especially when new works are presented and lauded on a major scale. See what’s new and developing as the South Park Center hosts the sixth annual Best Of N.F.M.L.A. Awards Show on April 6, which celebrates outstanding work from “132 nominees across 16 categories, including directors, writers, producers and performers who represent the absolute best in independent filmmaking from around the globe.” You’ve probably seen us touting this incredible program and the films it produces; this evening is the perfect opportunity to immerse yourself in everything new and/or innovative coming out of its doors. ($50)

See “the most pre-Code film of them all.”
The Production Code of 1930 was basically the predecessor to modern censorship; it sought to determine what was good and proper in films and what wasn’t—both of which were, of course, entirely subjective. In 1932, desperate for a hit film, Fox brought the ultimate “it girl,” Clara Bow, out of retirement for “Call Her Savage,” a movie that, effectively, told the code to shove it. Catch this rule-breaking flick at the Egyptian Theatre on April 6, and come early for a special 40-minute introductory lecture from author and historian Mark A. Vieira, who will sign copies of his book, “Forbidden Hollywood: The Pre-Code Era (1930–1934)—When Sin Ruled the Movies.” ($8–12)

Ogle the fashion you’ll see at the TCM Classic Film Festival.
It’s finally April, and one of the most beloved film fests of the year, the TCM Classic Film Festival, is right around the corner. Start pregaming this week with a special presentation on the style behind 10 of this year’s fest selections when historian Kimberly Truhler hosts “Fashion in Film of TCMFF 2019” on April 9. We all know how important and culture-altering film fashion can be in today’s world, but for the ladies of the Golden Age, it was even more so; starlets had close relationships with their designers and costume curators, so what they wore gave great insight into their personal lives, styles, and the evolution of film in general. Explore it all and whet your palate for what’s to come when the fest kicks off. ($10)

Visit Val Kilmer’s private studio to see his latest work.
How many times have you wondered, “What on earth is Val Kilmer up to?” I mean, this omnipresence of the ’90s and aughts has been pretty quiet this decade. Well, he’s been developing a one-man play (starring himself, naturally) on Mark Twain. Yes, Kilmer, a man who once brought the Lizard King, Jim Morrison, back to life, is Mark Twain. And it’s allegedly brilliant. In fact, some have said it’s a career highlight. Now’s your chance to decide as Kilmer himself hosts a screening of “Cinema Twain” at his private HelMel Studio on April 7. The screening is accompanied by a Q&A in which Kilmer will also be looking for your feedback on the film, so it’s a stellar opportunity to not only flex your creative muscles but observe how this legendary actor has literally transformed himself. ($40–80)