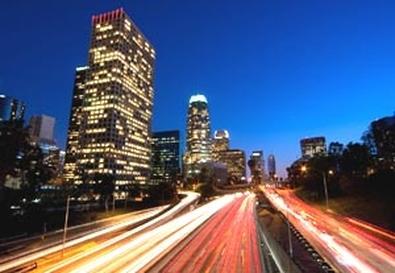 The following listings are not casting notices but instead reflect the best general information available about current casting assignments. Do your homework and use them wisely. Do not phone or visit casting directors' offices. Unless otherwise instructed, all contact with casting directors should be through the mail. Blind mass mailings are not recommended. An asterisk (*) denotes a changed listing.

The 6th Family (Drama/Crime). When a convicted gangbanger is released from jail after serving his 10-year sentence, he returns to his old 'hood' to take down the snitches who put him away. Armand Assante and Ice-T star. Directed by Paul Borghese. Casting: Caroline Sinclair, 336 W. 37th St., New York, NY 10018. Shoots in late September.

Alive and Well (Comedy/Sci-fi). Based on the novel by Bradley Denton about an unsuspecting salesman recruited by government authorities for a mission so secret even he is not in on its purpose. Directed by Robert Rugan. Casting: Pam Dixon Casting, 10351 Santa Monica Blvd., Ste. 200, Los Angeles, CA 90025. Shoots in October.

The Conspirator (Drama, Historic). After a group of cold-blooded conspirators successfully assassinate President Abraham Lincoln in 1865, the accused are brought to justice before a military tribunal and a well-respected colonel, Frederick Aiken, reluctantly agrees to defend one of them; a woman named Mary Surratt. Directed by Robert Redford. Casting: Avy Kaufman, 180 Varick St., 16th fl., New York, NY 10014. Shoots in Georgia in early October.

It's Kind of a Funny Story (Dramedy). Based on the young-adult novel about a clinically depressed teenager and the fresh start he gets after checking into an adult psychiatric ward. Written and co-directed by Anna Boden and Ryan Fleck. Casting: Cindy Tolan, Cindy Tolan Casting, 609 Greenwich St., 6th fl., New York, NY 10014. Shoots in October in NYC.

Scribble (Comedy/Mockumentary). The members of a close-knit, dysfunctional writing group get pissed off when one of them finally lands an agent and sells a script. Written by David Congalton. Directed by Ellie Kanner. Casting: Cathy-Henderson, 201 Five Cities Drive, Ste. 134, Pismo Beach, CA 93449. Shoots in early October.

What's Wrong With Virginia? (Drama) An unwanted blemish to most in her tiny beach town, Virginia was diagnosed early on as being a sliver shy of stable. Her best friend and 15-year-old son, Emmett, is more his impulsive, ill-behaved mother's father than her son. Their shared dream: to leave their tiny town's gossip and judgments and move to California (they've been packed for years). Written and directed by Dustin Lance Black. Casting: Kerry Barden and Paul Schnee, Barden/Schnee Casting, 150 W. 28th St., Ste. 402, New York, NY 10001. Shoots in late September.

Wild Child (Drama). Director Larry Clark ventures into the world of a young Latino boy who shows up naked and mute in the affluent Bel-Air section of Los Angeles and who is welcomed into a wealthy family who have only their own best interests in mind. Clark also wrote the script. Casting: Julia Kim, 5225 Wilshire Blvd., Ste. 501, Los Angeles, CA 90036. Shoots in late September.

* NEW Rex Is Not Your Lawyer (Drama). A successful, high-powered attorney begins having debilitating panic attacks in court that close up his throat and prevent him from speaking. Instead of giving up his practice, he teaches his clients to represent themselves. Written by Andrew Leeds and David Lampson. Casting: Junie Lowry Johnson and Libby Goldstein, 100 Universal City Plaza, Bungalow 5165, Universal City, CA 91608. Shoots in mid-October.

* NEW Becker's Farm (Drama, Hallmark). Based on the novel by William Timmons about a young German prisoner of war during WWII who is being held at a small POW camp in Nebraska. When a barn fire erupts, Helmut disappears, and is presumed dead, only to turn up miles away in a rural part of the state, where he lives as keep-to-himself dairy farmer. Written and directed by Mark Roemmich. Casting: Zora Majomi Gorman, DeHorter Casting, 15300 Ventura Blvd., Ste. 202, Sherman Oaks, CA 91403. Shoots in early October.

Cougar Town (Comedy, CBS). A 40-something divorcée with a 17-year-old son boldly goes where few in her small Florida town have gone before when she jumps back into the dating scene. Courteney Cox stars. Casting: Debby Romano and Brett Benner. Office address N/A at this time. Premiere: Sept. 23.

Flash Forward (Drama, ABC). A mysterious global event causes everyone to black out simultaneously for two minutes and 17 seconds. Slowly some of them remember they hadn't blacked out at all—but shot six months into the future to see a sliver of what was to come. Joseph Fiennes stars. Casting: Wendy O'Brien, Wendy O'Brien Casting, 2233 Barry Ave., 2nd fl., Los Angeles, CA 90064. Premiere: Sept. 24.

* NEW Gigantic (Dramedy, Nickelodeon). The privileged daughter of two Hollywood stars returns to Los Angeles after a two-year film shoot overseas with her parents to find everything and everyone she knew has changed and left her behind in the process. Written and produced by Marti Noxon. Mariel Hemingway's daughter Dree stars. Casting: Scott Genkinger and Deborah George, Junie Lowry-Johnson Casting, 100 Universal City Plaza, Bungalow 5165, Universal City, CA 91608. Shoots in mid-October. Premiere: TBA.

The Middle (Comedy, ABC). Patricia Heaton stars as Frankie Heck—the middle-class, middle-aged, middle-of-the-country wife, mother of three, and car salesman at the No. 1 used-car dealership in Jasper, Ind. Life may not be glamorous or showy for Frankie, but she's at home in the place where family comes first and folks do whatever it takes to keep that family together. Casting: Deborah Barylski, c/o 4000 Warner Blvd., Bldg. 136, Rm. 226, Burbank, CA 91522. Premiere: Sep. 30.

Modern Family (Comedy, ABC). An international filmmaker documents the lives of three families: one with a stay-at-home dad, another in which a gay couple experience first-time fatherhood with the adoption of a Vietnamese child, and the third in which a 60-year-old man becomes an instant dad when he marries a 30-something Latina mother. Casting: Jeff Greenburg & Associates, 5555 Melrose Ave., Marx Bros. Bldg., #102, L.A., CA 90028. Premiere: Sep. 23.

Past Life (Supernatural). A pair of past-life detectives investigate to find out if what is happening to a victim or perpetrator today is the result of who they were before in a past life. Kelli Giddish and Nicholas Bishop star. Casting: Cami Patton, 6464 Sunset Blvd., Ste. 707, Los Angeles, CA 90028. Premiere: TBA.

White Collar (Drama/Action). After his release from prison, all a former con wants is to get back together with his girlfriend, but he finds himself coerced into helping the FBI hook other con men. Directed by Dennie Gordon. Written by Jeff Eastin and Clifton Campbell. Casting: Julie Tucker and Ross Meyerson, Julie Tucker Casting, 568 Broadway, Ste. 301, New York, NY 10012. Premiere: TBA.