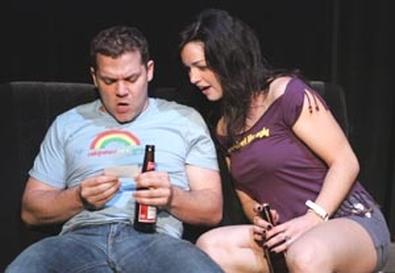 Fickle stud Harlan (Michael Alperin) dodges Josie's pressures for a commitment yet finds time for a sleazy back-seat dalliance with Calvin, whom he meets in a bar. Seducing the two women during their moments of weakness is the wily Giuseppi (Anil Kumar), claiming to be a Gypsy fortuneteller. Mistaken identities abound, but the philanderers are ultimately revealed, and love might finally triumph over lust in a quasi-happy ending.

The actors are all expert farceurs, with Alexandru's spry comic timing and saucy portrayal particularly sharp. Bitton likewise lands punch lines with clockwork precision, and his likable character is easy to root for.