Lucie Pohl on Writing Your Own Work: ‘Don’t Overthink It’ 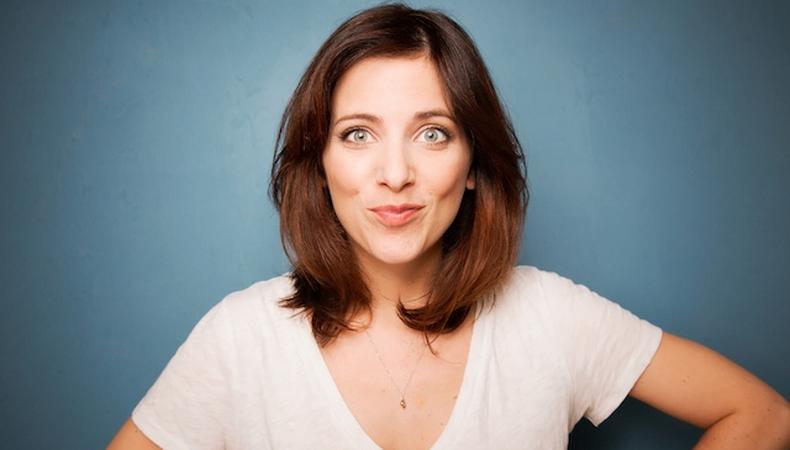 Lucie Pohl is as versatile a performer as they come. With work across the international stage and screen, the German-born, New York City-raised comedian wraps her one-woman autobiographical show, “Hi, Hitler,” at the Cherry Lane Theatre on Sunday, July 30. Sitting with Backstage July 27 for a Facebook Live interview, Pohl, who’s also beloved for voicing Mercy in the videogame “Overwatch,” discussed what made her want to share her story, what it was like performing for Woody Allen, and her advice for breaking into voiceover.

Find the universals in your story, even when it’s not ‘traumatic.’
“At the beginning, I thought, ‘What am I doing? Why am I telling this story?’ It’s like super self-indulgent, people are going to watch and be like, ‘Who cares?’ Because I don’t have a very tragic story in that sense. It’s not a trauma, it’s not a traumatic experience, and it is a comedy, so everything, even the most traumatic things and the deeper things, I always find a way to go back to the light-heartedness. Then I started doing the show, and people started coming up to me going, ‘Oh, I can totally relate. I have a crazy family.’ Or, ‘Oh, I always felt like an outsider.’ I realized there’s a lot of things in there that are universal that made people connect.”

When auditioning for a part, try something different but also understand the story.
“[When auditioning,] I do like to think, like, what is the easiest way to go with this? And then I try and go in the opposite direction. But it is tricky. A lot of times with these smaller parts [like in ‘Fantastic Beasts and Where to Find Them’ and ‘Homeland’], what’s important to understand is what’s the function of this character and of this line. Why am I there and how am I serving the story? You have to honor that and understand that this character is there for a reason and it’s a tool for the main character and the story to be moved along.”

If you have an idea, just start and don’t worry about anyone else.
“I think the advice [for actors who want to write] is always just go for it, just do it, and don’t overthink it. Don’t look at what other people are doing. Don’t compare yourself…. Don’t think, ‘I can’t do this. I don’t know how to do that.’ Nobody knows how to do it. You always think that there’s such a mythical veil around these end products that you see people putting out there, but there’s no recipe for it.”

Don’t wait for someone to offer you a part you love. Make your own!
“Starting to write my own material and starting these shows has completely changed my life. It changed everything. It changed my whole life—and not only job-wise. Yes, I don’t have to work in restaurants anymore, I can do this now, but it just changed my perspective because I realized I don’t have to worry about people giving me jobs, or having the permission to do it. I can create my own stuff.”

‘Oh my god, that’s fucking Woody Allen!’
“Woody Allen sat in the front row at my show, and I completely had an internal freak out…. He said that he thought it was terrific and shook my hand. It was pretty crazy. I came out on the stage and I saw him, and I was doing the show and [thinking], That guy looks like Woody Allen, haha! And, like, jumping around talking, but internally I’m like, ‘That’s not Woody Allen—why would Woody Allen be at your show? Oh my god, that one looks like Woody Allen’s wife. No, no, no, that’s not—oh my god, that’s fucking Woody Allen!’ And then I was like, I can’t wait to tell my parents about this; I can’t wait to tell this person—[but] shut up, Lucie, you have to do the show!”

In voiceover, you have to know your voice inside and out.
“For voice work, you really have to be aware of every little thing reading and you have to be aware of the fact that you only have your voice to convey emotion and anything [else] you want to convey. So the preparation is obviously getting your voice warmed up and making sure that you take care of your voice, but also just learning how, like, if you smile, how that makes your voice sound different than if you [scowl], how your voice sounds when it’s very heady compared to when you really let it blast out of your diaphragm.”