‘LUV’ Gives a Brutal Lesson in Growing Up 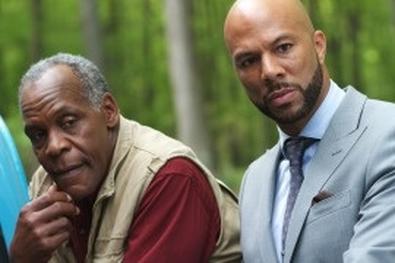 “You just watch your unc,” is the gentle, unassuming advice Uncle Vincent gives his doting 11-year-old nephew, Woody, on to behave like a man. Or is it a threat?

“LUV” tells the 24-hour tale of Woody’s lesson on manhood as he and his unc run seemingly innocuous errands on a routine sunny day in Baltimore. If the ominous music and hourly timestamp don’t tip you off, this riveting coming-of-age character drama won’t end as expected.

Vincent—admirably played by musician Common—is trying to escape the violent drug underworld that sent him to jail. When he needs thousands of dollars as down payment to open a legitimate crab shack business, he reluctantly sets out on one last drug run with his old cronies. Innocent Woody is witness to the day-long nightmare that unravels before his young eyes.

Expertly written, directed, and cast, this powerful film is an emotional ambush: from one side we’re attacked by the realization that heroes can fail us, from the other we see a social and governmental system that blocks escape, while from above crumble down the myths and hopes we’ve built to protect our heart. The victim of this assault is Woody, played by phenomenal young actor Michael Rainey Jr.

At 10 years old, Rainey is the rare child actor who displays a stunning amount of depth beyond what a director can manipulate. As he progresses from starry-eyed trust of his dashing uncle to total devastation at his shattered childhood, we viscerally experience this little boy’s pain at transforming into a man.

The talents of veteran actors Danny Glover and Dennis Haysbert, as well-to-do brothers who run the drug trade, give an aura of sophistication to the monsters underneath. Haysbert demonstrates his formidable acting chops in an unforgettable millisecond when he chillingly morphs from familial congeniality to murderous animal in just a few well-timed nostril flares.

The script suffers slightly from too many events unrealistically unfolding over the course of a single day, culminating in easy scenes of grandiose violence rather than true character revelation. But a suspension of disbelief may be necessary in order to keep the drama tense.

Of all of Vincent’s misguided lessons to his nephew—some practical, like how to drive a car; some troublesome, like how to stare down a drug dealer’s handgun—the most heartbreaking is his speech about Frederick Douglass’ mission to help slaves better themselves, and how African-Americans today must remember his spirit. The irony isn’t lost that this comes from a pusher passing the tricks of street survival down to the younger generation, perpetuating a cruel cycle that works against its own people.