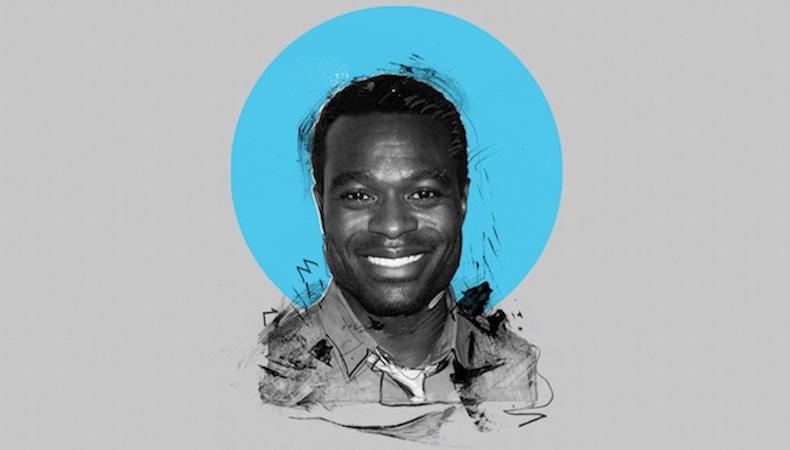 When Lyriq Bent had a meeting with Spike Lee to discuss the latter’s modern-day TV adaptation of his seminal film “She’s Gotta Have It” for Netflix, he hadn’t seen the 1986 movie. “I just went straight home and watched it until about two in the morning,” Bent, who plays Jamie Overstreet in the series, says, “I was like, I’ve heard so many stories about it but… it’s not as impactful until you actually watch it.” Here, Bent discusses the show, premiering Nov. 23, and the significance of working with Lee.

What has working on ‘She’s Gotta Have It’ added to your acting skills?
Every time you step into the arena of creation, you always learn from other people—the only difference is knowing you’ve learned something. In this case, I had the opportunity to work with the genius mind of Spike Lee. I don’t think it’s just an artistic thing, it’s his reality. It’s surreal because my mind doesn’t work like that, the way his mind works naturally. And understanding that once you take in his world, and the world of the other actors, you find yourself operating on a different level that you’re not aware of until you’re done.

What made you feel like you were entering Spike Lee’s world?
When you walk on set, the human interaction is just different. There’s a lot of love. There’s a lot of respect and appreciation for everyone’s presence. You know that everyone there deserves to be there because Spike hand-picks everybody. It’s an unspoken understanding that we’re there to create, and he gives you such freedom to create. I think it happens because Spike is confident and he’s unapologetic of who he is. It trickles down. When you have a bunch of creative people unapologetic for creativity and hard work, you’re bound to create something beautiful.

It will be interesting to see this brought to contemporary viewers.
When I watched the movie I thought it was so ahead of its time. The subject matter and it being extremely taboo, it shows you the way Spike thinks. He thinks in ways that are, for him, very normal, but for us unthinkable and abstract and unimaginable until 30 years pass by and you’re really starting to catch up. Here we are in 2017 and it’s still a taboo subject matter. It’s definitely going to be a water cooler conversation.

What advice would you give your younger self?
More reassurance. I wouldn’t change the way I did things; I would’ve just loved to have a little more comfort in knowing I was going in the right direction.

What movie should every actor see?
If you want to make an action film and keep qualities that we can relate to even though they’re supernatural beings, watch a movie like “Wonder Woman.” I’m so looking forward to “Black Panther.” I think it’s going to, in today’s society, present this superhuman type of world in ways that it’s never been perceived before. There’s a lot of firsts happening in 2017, and I can’t wait to see it spill into 2018.

Did you ever think these kinds of stories would be told?
I did, because that was my mission from Day 1. Don’t ask me why, but I felt it very strongly that things would change and it would change within my generation because I was going to be a part of it. There were a lot of sacrifices made early that would’ve made me think [I wouldn’t have a career], because I wasn’t working. I refused to do what the norm was for young black men in Hollywood. No one makes you do anything, you make a choice and sometimes you’ve got to eat and that’s where the sacrifice comes in. But I kept at it because I knew that things would change and I wanted to be a part of that change. I’m still on that journey. We’re just scratching the surface. It took a long time to get here to be telling these types of stories and there’s more coming.

What did the early days of your acting career look like?
The first three years I decided I was going to try this thing out as a job—not even as a career. It was difficult. Especially out of Canada; I was up in Toronto, and it’s not a place where things originate. When I got into the business in 2000, Canada was a service provider. It wasn’t about creating projects from the cradle to the grave at all. If there were those films being made, they weren’t made for me, so I wasn’t going to be in them—or anyone who looked like me. And if they did get made, no one saw them because there was no marketing machine behind it. There were no intentions of creating opportunities.

You’ve got a really positive outlook on a difficult career.
Spike is so dedicated to this world, I find that’s why we have this commonality and this respect for each other. He’s never told me those words, but I sense that he has a respect for me. You don’t always get that from everybody. To get it from somebody like Spike Lee—the man’s a genius, he’s a brilliant human being—it’s so humbling. I get his philosophy on things sometimes, and sometimes I don’t. My eyes are like saucers because I’m in Spike’s world right now and I don’t know if I’m coming or going, but I’m on a ride. It’s fun being in a foreign place but knowing you’re safe.

It seems like the environment was supportive for “She’s Gotta Have It.”
I don’t know if there’s a perfect set but, man, this is darn close. The cast is like peanut butter and jelly, it just goes together. The crew is like the bread and we all just make this incredible concoction of a sandwich. People just genuinely like each other on the show. When you can work a long-ass day and you don’t think about fatigue because you’re going to hang out with the cast and the crew, that has a lot to do with Spike. I’m used to working with artists who are not willing to give you their all unless the cameras are on them. Maybe this had something to do with [the fact that] you had no idea where the cameras were. Spike had the cameras everywhere and he’s not necessarily telling you where they are.

And all of that translates on-screen.
I hope so! When you’re shooting a show with a lot of intimacy, intimacy isn’t intimate. It’s uncomfortable, it’s weird, it’s awkward. It’s not always as sexy as it might come off. But when you genuinely like to work with the people you’re working with and you respect the talent, all of those intimate moments, we were allowed to dive in and play and actually give yourself to your scene partner and really have fun with it. If I experienced it on set like that, and then in post-production they do their magic, it’s gotta be a winner. All of the elements were too perfect.

How do you prepare for a role or audition?
You’ve got to be more prepared for the next one. This is my own philosophy every time I do a job: I make my situation more difficult for myself. Because more is expected of you each time you do something successful. If you do anything less than that, now you’re acting like you’ve done it all. I know I’ve not been given anything. I’ve just been working, grinding, and you’ve always got to be mindful of the work and the effort that you put in so you can continue to be successful, whatever that is to you. To me, that’s about making a product that resonates with people.