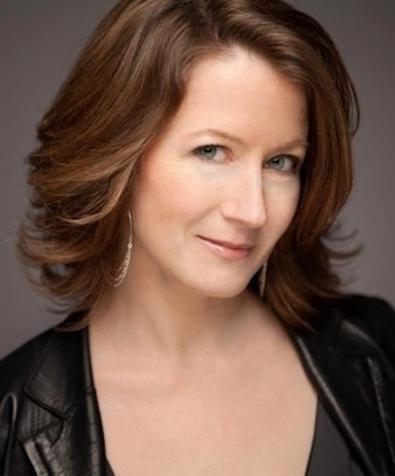 Early in my career, I was invited to the set of a film I had cast. The producer seated me near the monitors and gave me a headset, so I could see and hear the action. Imagine my horror when my cell phone went off in the middle of a take, ruining the shot. I’ll never forget the crew’s faces as I panicked to turn the thing off.

The good news is that it has never happened to me again.

In hopes of sparing you from similar faux pas, I asked around for the best examples of actors’ worst on-set nightmares. Kudos to ye who submitted these fantastic tips, all based on actual occurrences. Read and take heed…or prepare to bleed!

1. Working with cameras and mics. “One of my most embarrassing acting memories was forgetting I was miked.” Between takes, the crew can hear your every word. Never make fun of, hit on, gossip, or gripe about your colleagues. This is one of the most common on-set blunders.
See also: looking into the camera; not being off book.

2. Handling food and drink. “During the lunch break, I dipped my tie into the BBQ sauce and soiled my white shirt.” Protect your wardrobe from spills and stains. Also avoid overeating—or eating the wrong foods—on a shoot day, otherwise, as one actress put it, “your stomach may improvise its own lines.”
See also: pocketing craft service items for later; chewing gum on camera.

3. Blocking and moving around. “Once I walked into the lead actor’s line of sight during a take, and let me tell you, he was furious.” Similarly, if you fail to watch your back-to-one, you just might kick your “unconscious” co-star in the head, not realizing how close they are to your feet. There’s a lot happening on set, so be hyper-aware of your surroundings.
See also: missing your mark, tripping on cables; bumping into lighting instruments and set dec.

4. Interacting with the set and props. “I peed into a toilet that was actually part of the set.” Know what you’re allowed to use and not use on a set. If unsure, ask!
See also: taking a bite out of waxed fruit they were going to use later as a prop.

5. Negotiating hair, make-up, and wardrobe. “I thought I blew my audition for a guest role, so I cut my hair very short the next day. When I booked it, they freaked.” Ask before changing your look whenever you’re up for—or have booked—a role.
See also: shaving your beard after your character has been established; forgetting sunscreen and getting sunburned on set; not bringing everything Wardrobe has requested or not wearing exactly what they asked you to wear.

6. Making people wait. “I had to pee for at least an hour, and when I finally did jump off set, I failed to tell the AD. When I returned, I got the ‘Where the hell were you?’ vibe and they never hired me again.” Relieve yourself before being called to set. Always inform the first or second AD if you need to leave for any reason, and pay attention in case your name is called. Everyone’s tired; they don’t want to wait for you.
See also: wandering to craft service for a latte without telling anyone; heading to base camp when everyone else is returning to set.

7. Losing focus. “Don't listen to the lead who tells you funny anecdotes and keeps at it until you break. SHE gets away with it because she is a mega star. You are not going to get out of it unscathed.” We all like to have a good time on set, but remember that production is on the clock, and every minute costs money. Be friendly, but don’t allow others—including the names—to distract you too far from the task at hand.
See also: freaking out, swearing, or having a meltdown after blowing a line.

8. Knowing your place. “I sat in the star’s chair for 10 minutes before the director approached and sent me to base camp. I recall a group staring at me, including the lead actor, who was very tired.” Set regulars may seethe when actors or background usurp their assigned chairs. Don’t do it, unless you’ve been expressly invited.
See also: announcing impatiently to the director after a take, "We got the shot, we're moving on!"

9. Behaving awkwardly or unprofessionally. “I once stared straight at the lead actor when I was an extra. Like, intensely staring. I thought we were having a moment. We were told the next day that we were not allowed to make eye contact with the actors.” Everyone gets a little star-struck at times, but try not to unnerve co-workers by gawking, blurting out how much you love their work, or otherwise acting weird.
See also: cracking insensitive jokes; blatantly hitting on someone; being intoxicated on set.

10. Knowing whom you are working with. “I asked the lead where the coffee cups were, because I thought she was Craft Service.” Another actor nearly scolded a famous director for calling “Cut!” not knowing that the director was playing a small cameo opposite him. Read the call sheet, and if necessary, research the VIPs you’ll be working with prior to arrival, so that you recognize them.
See also: initiating small talk with a crew member about a celebrity who committed suicide, only to find out it was his father; raving about a famous actor to his ex-flame, then discovering Make-Up has been instructed to make you “look ugly.”

11. Being upfront about your abilities. “I was asked to force the lead actor to the ground, handcuff him, pick him up, and slam him on the police car hood. Instead of admitting this was incredibly intimidating, I tried to pick the handcuffed star off the ground, and accidentally dropped him.” Speak up if you’re nervous about doing something, and don’t pretend to know a skill that you don’t. Otherwise, you’re inviting disaster.
See also: volunteering to jump over a stair rail in a chase scene and then eating it; not mentioning you’ve lost your voice until you’re on set and have to be replaced.

12. Maintaining confidentiality. “I posted a photo of myself in the make-up chair of a TV series. I was then told that was a career-ender.” Networks and studios are paranoid about plot points and casting choices being disclosed prematurely, so photos on set are a no-no. The same goes for commercial shoots: products and marketing strategies are confidential prior to release. Do yourself a favor and put the smartphone away.
See also: spoiling the season finale of a TV series on Twitter, invoking not only the rage of fans, but a public lambasting by the executive producer.

Want more advice for being on set? Watch here:

Lana Veenker
Casting director Lana Veenker began her career in London and, upon returning to her Northwest roots, founded one of the top location casting companies in the country, Cast Iron Studios. Veenker is also a member of the Casting Society of America and the International Casting Directors Network
END_OF_DOCUMENT_TOKEN_TO_BE_REPLACED