How to Make Your ADR Performance Sound Natural 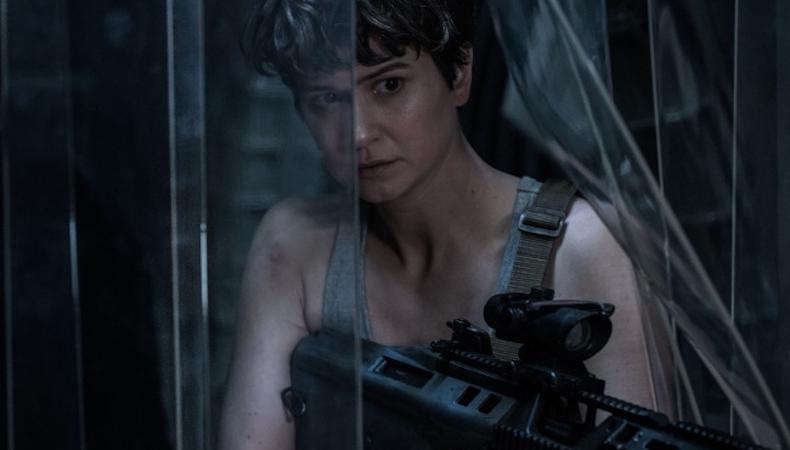 Tate’s work should go unnoticed.
“As a dialogue and ADR supervisor, I am responsible primarily for preserving all sound that was recorded on set in as good a shape as I can, whether that is through cleaning out noises and unwanted clicks and bangs or selecting alt takes when needed…. If I have done my job properly, the average viewer will never notice my work!”

Actors can make their ADR more natural.
“The best kind of actor to record ADR with is one who sees it not just as a technical process, but as an opportunity to improve their performance. We are very aware that a lot of the time, the actor is trying to recreate a performance they did many months before [while] in costume, on set, and with others to play off of. The actor who can overcome these restrictions and transport themselves back to the mindset they were in on the day will produce a performance that won’t stand out as ADR later on.”

ADR is not used superfluously.
“We don’t get paid more to cue more ADR! In the ideal scenario, we would use 100 percent of your original performance. We only record ADR when we absolutely have to. The most important part of what I do is preserve the nuances of the original performances as recorded on set.”

ADR is more creative than you might think.
“First, no other post-production sound editor gets as much exposure to the director and the editor, not to mention a lot of the main actors. Second, with each problem you solve, each line you make better, you are potentially saving the production thousands of dollars in ADR costs. On top of that, it is an unexpectedly creative role. The crowd recordings, for example, can set the tone of a scene, add to the tension or the humor, and be a useful expositional tool. Not many individual roles of this level on a crew have the potential to make such an impact to the overall way a film plays.”

Writer-director Ridley Scott is a stickler for organic performance.
“With every project there is always a new challenge; that’s what keeps my job fresh. On ‘The Martian,’ for example, it was important to Ridley to create as realistic an environment as possible, especially in the scenes set at NASA. During ‘Alien: Covenant,’ one of my biggest problems in terms of dialogue quality was, in the background, water drips in the tunnels [and] cave scenes. Ridley likes to capture as many visual elements as he can on camera rather than relying too heavily on VFX, which meant in the cave scenes, there was always a lot of falling water, constantly dripping throughout every take…. Knowing how important the original performances are to Ridley, covering those scenes for ADR was not really an option. I spent a great deal of time extracting the dialogue from the noisy backgrounds, using a range of software and editing techniques, being careful not to destroy the quality of the voices. I am pleased to say those scenes remain almost entirely production dialogue.”

Casey Mink
Casey Mink is the senior staff writer at Backstage. When she's not writing about television, film, or theater, she is definitely somewhere watching it.
END_OF_DOCUMENT_TOKEN_TO_BE_REPLACED