How to Make the Most of Your Marvel Audition 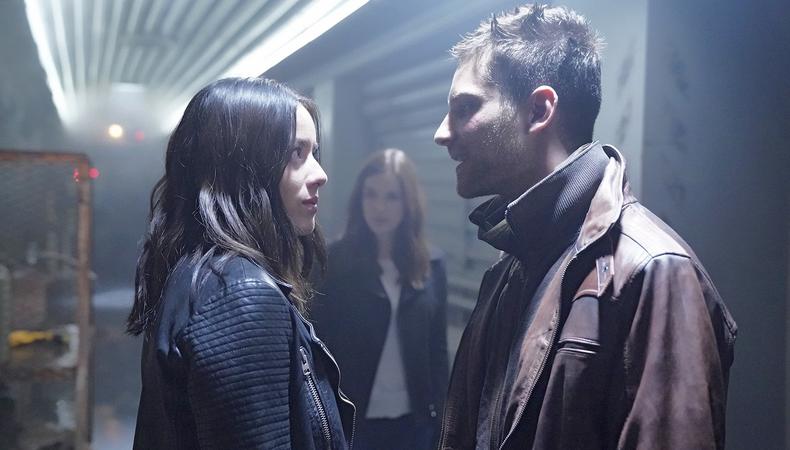 “Agents of S.H.I.E.L.D.” fans rejoiced when news broke this summer that Jeff Ward and his Deke Shaw will be returning for Season 6 as a series regular—and with good reason! Want to learn how Ward made it to Marvel? We sat with him earlier this year to discuss just how he landed the role and the advice he’d give to actors new to television: “Everything moves so quickly—you really have got to do your homework.”

Backstage played a vital role in his early career.
“Every day on my way in and out of [NYU Tisch School of the Arts], I would pass a bodega that had Backstage in the window, and I would see what the new issue was every time, and read it and read all the tips and tricks of the trade and all that stuff! Backstage has a place in my heart.”

With Marvel, secrecy is the name of the game.
“Marvel is obviously top-secret about everything, so literally all of us don’t know what’s going to happen until we get the next episode. It feels like I’m watching the show, because I have no idea what’s ever gonna happen. And that’s, at first, a very scary way of working, because you’re kind of thrown in blind and you’ve got to make all these choices based on backstory you don’t have and information you’re not going to get. But in another way, it’s really cool because it’s a lot like real life: You’re doing the best you can with what you’ve got.”

His journey to Deke is a testament to being prepared for any opportunity.
“This is a crazy story that is fun to tell to Backstage, because I feel like this is a story I would read in Backstage! So I got this audition, and I was super excited because the character description said, ‘Think: Han Solo.’ And I was like, cool—that’s my childhood dream. So I went in and I read for it, and while I was in there, they were like, ‘Can you actually read for this other part?’ And I read for the other part, and I got the other part, but [it] was much smaller. I was going to shoot two days and just be in two scenes, and I went to the table read and as I sat down, I was immediately scared because all these people from Marvel and ABC and the show were there. I [later] got a call on the way to my car that said, ‘Hey, could you come back and read for that original part one more time?’ One of the showrunners called me. And I did—I went back. At 11:30 that night, I found out that I was going to do the bigger part. It was supposed to be eight episodes, but now it’s turned into the whole season and past that. It was crazy. I was supposed to do two scenes and die, and now I’m doing a lot more.”

Benjamin Lindsay
Benjamin Lindsay is managing editor at Backstage, where if you’re reading it in our magazine, he’s written or edited it first. He’s also producer and host of a number of our digital interview series, including our inaugural on-camera segment, Backstage Live.
END_OF_DOCUMENT_TOKEN_TO_BE_REPLACED