Make it Reel: From Actor to Filmmaker 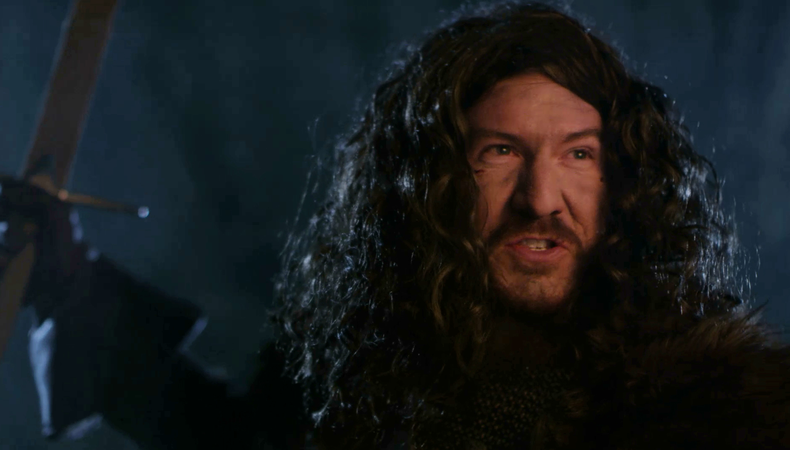 Gone are the days of needing a secret handshake or Trump-sized trust fund to make it past the casting room; the tides are changing and they’re flowing in favor of the multi hyphenate actor.

With so many avenues available to host all forms of media, creating your own content has never been a more prudent career move, but all of the options can be daunting. “When you’re an actor you’re at the mercy of everyone else and the odds are always against you,” says Ariana Bernstein, writer-actor-producer at her company Buddha Belly Productions. She finds the experience creatively liberating: “When you adopt new skills such as writing, producing, and/or directing, not only do you open yourself to more work, you open yourself up to endless possibilities as you rely on yourself and your skill set instead of being dependent on a slew of other people.” For actors wanting to expand into meatier roles, creating their own characters can enhance the personal investment and quality of the project.

The key is to focus specifically on what will illuminate your talents and the type of work you want to do. Luke Barnett, an actor-writer-producer at his joint venture Lone Suspect, expanded on his love for comedy. “I think if you’re going to make the choice to create your own content, it has to stand out in some way. We’ve tried to stick to what I like to think of as cinematic sketch comedy–high production value on top of (hopefully) good writing [and] acting. Topical humor is definitely where I’m most comfortable, writing-wise, and that gives us a lot of current material to work with.” It also provides Barnett and producing partner Vincent Masciale a built-in buzz that comes from staying within the zeitgeist of contemporary culture. “Last year we made a parody of HBO’s ‘The Newsroom’ called ‘A Message to Aaron Sorkin.’ It was a shot-for-shot remake of the iconic opening scene of the pilot where Jeff Daniels’ character is asked, What makes America the greatest country in the world? An assistant at NBC saw it and passed it on to her boss. A week later I had a great meeting with three of the executives there to talk about upcoming pilots and possible projects I might be fit for.”

Choosing which route to dispense your material through can help your project reach audiences, and there are plenty of options available. Bernstein went with a distributor, Indie Rights, for her feature film “Delusions of Guinevere,” but suggests investigating all of the new ways of getting your film out there. “New distributors are popping up left and right, forming partnerships with aggregators and sites like Amazon, M-Go, Google Play, and streaming devices like Roku. This can be great for filmmakers if you partner with the right distributor, but also incredibly dangerous if you partner with the wrong one.” She also stresses the importance of putting the work first, and being honest to the material when it comes to choosing a distributor. “It’s so flattering when a company wants to take on your film, but ultimately you have to do what’s right for the film, the investors, and your vision. Had we been dazzled by some of the theatrical offers we originally received and signed one of those deals, who knows if our film would have seen the light of day. And if it did, it certainly wouldn’t have been on our terms. There’s a delicate balance of listening to your gut, tuning out your ego, taking your lawyer’s recommendations into consideration, and having a little faith.” The idea lending further credence to the fact that all distribution deals are different, but there tends to be a glass slipper for most films. While the end goal for many films is to find a distributor, it isn’t the only way a project can get in front of large audiences.

Filmmakers can find distributors at film festivals as well. Submitting to festivals takes strategy, as the process is selective. Films are submitted, screened, and then have to be chosen in order to show at the festival. Although Bernstein didn’t see her film fitting into the feel of the festival circuit, she does note the significance. “Film festivals are great for many films; they are also part of a strategy and plan to introduce your work to the industry, network, and gain exposure, but ultimately the goal is to garner a distribution deal.” There are also the submission fees to consider, which can stack up if you don’t narrow down your selections. Think about the audience you want to attract and what category your piece falls into; this can significantly narrow down your options. The beauty of these events is that they are starting to accept new forms of media, some even allowing projects filmed on cellphones, so you don’t have to shoot a feature film to participate.

Barnett made his way around the festival circuit with multiple shorts. He suggests considering the festivals you’re submitting for. “I would say with festivals, submit to the big ones that could change your career.… Then also target some good midlevel festivals that get good audiences and have a great film community. Those will build an audience for a film and also be a lot of fun to attend. Lastly, target a few genre-specific festivals.” Barnett recently did just that when his company screened their short, “Fear, Inc.,” at Hollywood’s horror-centric festival Screamfest.

Festivals may draw an audience, but finding help through other means can add longevity to your project’s run. If you have the cash, spring for a little extra help and lighten the burden of doing it all in-house. “If it’s a feature and you have any sort of budget, I highly recommend hiring a publicist to help you market and promote it,” Barnett says. But if you’re short on cash, that doesn’t mean you can’t promote the project yourself. Bernstein applauds online outlets and notes how convenient it can be in finding a target audience. “You absolutely need an online presence to help build an audience! It’s an incredible marketing tool, and sites like Facebook and Twitter are making it even easier for business owners, big and small, to target their demographic.” Which is the ultimate achievement in creating your own content–finding a fan base that will support your work.

The two actors-turned-creators aren’t slowing down anytime soon, as their previous projects springboard them further into the world of self-created content. Bernstein’s film “Delusions of Guinevere” had success in theaters from New York to Los Angeles. Now she’s focused on preparing her feature “Fort Tilden,” a SXSW Grand Jury Award winner, for release. As for Barnett, he’s working with Funny or Die to produce a series based on “The Walking Dead,” while still starring in various sketches on its website. Both actors have seen the rewards of making their own material and have experienced creative fulfillment by developing their own roles. Barnett offers a final bit of encouragement to those considering the inclusion of other fields: “Figure out what it is you do well, and do everything in your power to make sure people see that.”