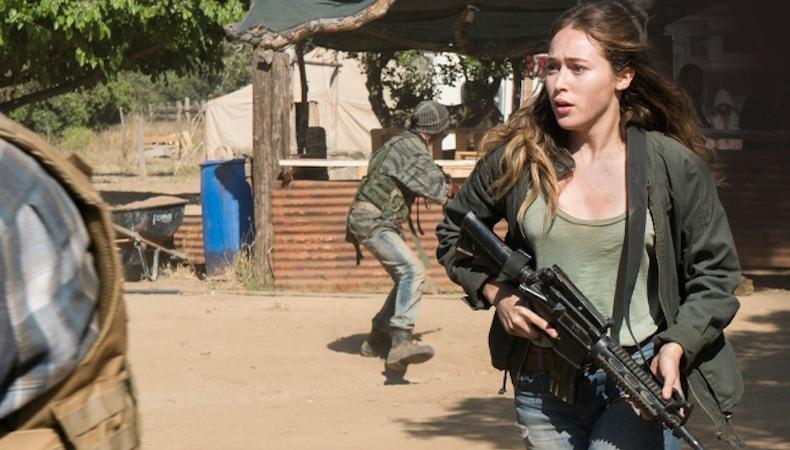 As an editor for AMC’s “Fear the Walking Dead,” Tad Dennis is responsible for creating a “collage” out of actors’ various takes. He tells us what he’s looking for in the editing room and how his job combines all the best elements of filmmaking.

Editing is about cohesion.
“We take dailies, which is the footage shot the day before, and we’ll get generally three hours of dailies for about four or five scenes. We select the best [acting] performances and the best camera performances and we cut the pieces into a cohesive scene, trying to stay in tone with what the showrunner and script writer are going for.”

Editing combines all elements of film.
“I found in sitting in the editing room that while you’re editing, you get to play with music and the immediate results of the filmmaking process and the rhythms and the acting. It’s a convergence of everything that interests me about filmmaking.”

Editing is a collage of actor performance.
“Editing very much affects the actor. Given one scene, one actor might be really broad in the first takes and then become more intimate by the latter takes. Another actor might be more consistent from first take to last take, and then another actor might go from a more comedic approach to a more dire approach by the last take. They’re all very different, and our job is to find a tonal consistency between those performances.”

Editing is about finding the honesty of the performance.
“The truth is, performances are universal, so it doesn’t matter if you’re working in drama, sci-fi, whatever. It’s the performance you’re going for, and that’s a universal truth. You look for truths. You look for what feels most honest, so maybe surprisingly, editing doesn’t vary much from show to show or genre to genre. I’m just looking for what rings most true to me.”

Phoned-in performances make the editor’s job harder.
“The thing that makes our job difficult is when actors are not committed to a scene. Whether they’re semi-checked out or they’re not focused on their job, it honestly makes everybody’s job difficult. You can see other actors straining, trying to retain their focus. It doesn’t happen a lot, but from time to time you will get an actor who makes everyone’s job incredibly hard, including the editor’s.”

Editors work closely with creators.
“The three stages of production are pre-production, production, and post-production, where all of those elements come together and we make a final glossy product. So in the third stage, the post-production phase, I will create my cut, and then once I’m done, I’ll sit with the director for generally four days and work with him or her on refining that cut. Then I’ll work with the producer for another four days on the same process, refining it more to their tastes. In that process, sometimes the writer will come in and sit with me.”

Casey Mink
Casey Mink is the senior staff writer at Backstage. When she's not writing about television, film, or theater, she is definitely somewhere watching it.
END_OF_DOCUMENT_TOKEN_TO_BE_REPLACED