Making the Jump From Stage to Screen 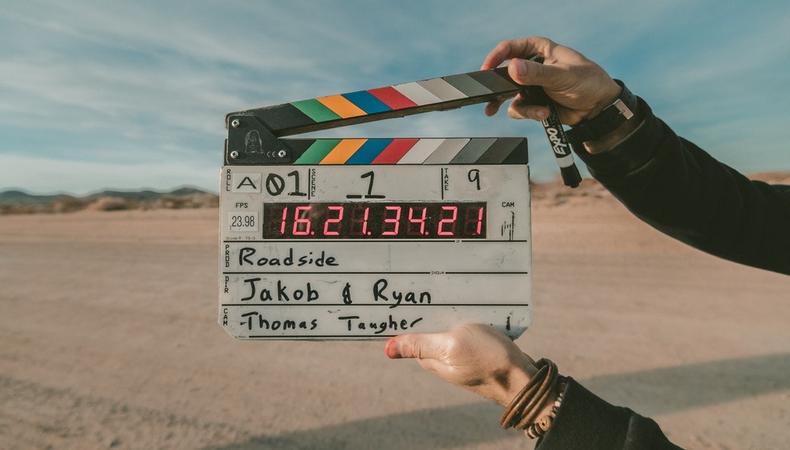 Acting is acting is acting, right? In some ways, that’s true. In other ways, as Backstage Experts explain below, there are some crucial adjustments that need to be made when making the leap from stage to screen or vice versa. Don’t show up for your first day on-set without having these tips down.

The differences are on the outside, not the inside.
“The good news is, whether you’re onstage or on camera, your internal work is the same. You still have to know who you are physically and emotionally, what you need, and what you’re willing to do to get it. You also have to know how you feel about everything you talk about and everyone you talk to. There’s more than that, of course, but it’s a good place to start.

“The big difference between acting onstage and on camera has to do with distance. On camera, most of the time your scene partner isn’t more than a few feet away from you so you just talk with them like no one’s watching.

“On stage, your physical choices have to communicate your intent to an audience that’s sitting 30, 40, 50 feet away or more. On camera, that’ll look like you’re trying to be understood in a busy bar at happy hour. It’s gonna be too big.” —Philip Hernández, NYC-based audition coach, working actor, and Backstage Expert

With on-camera projects, you’ll know the material less intimately.
“[A] major difference between stage and camera acting is the familiarity of the material. Theater is by its very nature repetitive and therefore familiar. When a play takes hold and becomes popular, it is put on by company after company, night after night, all over the world. That repetition creates an iconoclastic image of the story. When people think they know the material, they want to hear it exactly the way it was written and they know when it is changed because it is so familiar to them. The words of the play become iconic and any errors of dialogue will sound like fingernails on a chalkboard. Imagine if Richard III chose instead to say, ‘A horse, a horse...or maybe a camel?’

“Television and film is different because the audience has never seen the writing. It is fresh and largely written on the fly. Words are being changed right up until shoot times in many cases. Therefore, at a TV/film audition, an actor can make mistakes or small changes without consequence. An original and believable performance is king.” —David Patrick Green, actor, acting coach, and Backstage Expert

You’ll have to work much quicker on-camera.
“Most actors, whether they realize it or not, are trained for the stage. All of the famous methods and techniques were designed for the stage, not the camera. These methods carry with them certain assumptions. For example, most methods presume a long rehearsal time that gives the actor a chance to explore the text and the character deeply with the help of a supportive director.

“This, of course, falls completely apart if you’re working in TV/film, where there is sometimes no rehearsal and oftentimes the director doesn’t know your name.

Actors who recognize the difference are able to immediately adapt to the rigors of film by finding the most compelling intersection of themselves and the character, and are able to call up the right qualities whenever action is called. They don’t need tons of rehearsal, they’ve done the work themselves and are ready at a moment’s notice to connect and shine.” —Craig Wallace, acting coach and Backstage Expert

The camera is your audience.
“For my money, the only difference between acting for film and stage is venue. Just as an intimate black box calls for a different size performance than an amphitheater, film presents your performance to viewers at closer range. There’s nothing “deep” about the difference; it’s just like moving from outdoor Shakespeare to 99-seat contemporary: Different, yes, but not mysterious.” —Jackie Apodaca, associate professor and head of performance at Southern Oregon University

On-camera requires some relinquishing of control.
“Well-prepared actors may find themselves filming a scene when they forget a line or something happens that changes the direction of how they thought the scene should go. This could send them into their head and stop the take. But the director might have liked what they were seeing or had a vision for how the footage could be used elsewhere in the storytelling. In transitioning from stage to screen, actors need to practice letting go of control. This doesn’t mean letting go of preparation. Far from it. Rather, when they arrive on set, actors must have the ability to trust the other artists they are working with as collaborators, and play along. Being fully prepared and simultaneously able to stay relaxed and in the moment is a vital skill for film and television acting.” —Rob Adler, on-set coach, actor, teacher, and Backstage Expert

Casey Mink
Casey Mink is the senior staff writer at Backstage. When she's not writing about television, film, or theater, she is definitely somewhere watching it.
END_OF_DOCUMENT_TOKEN_TO_BE_REPLACED