Malcolm-Jamal Warner on ‘The Resident’ and Being Done With Mr. Nice Guy 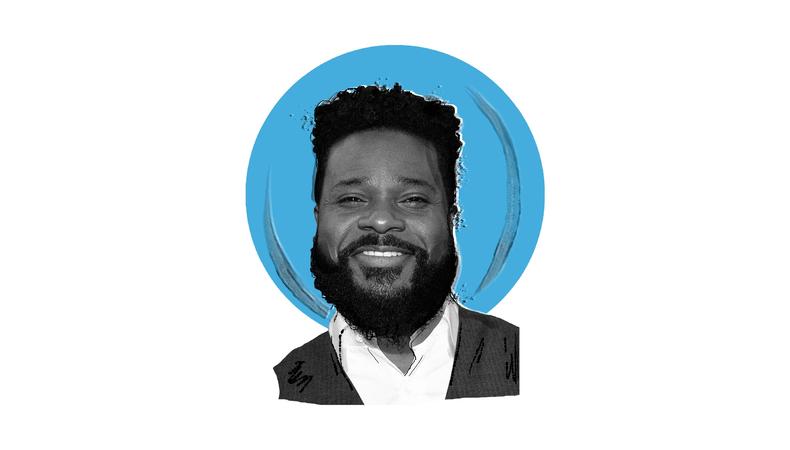 Even in the 1980s and 1990s, while starring as Theo Huxtable on “The Cosby Show,” Malcolm-Jamal Warner kept an eye on the future, constantly envisioning his next role and project. Now, 30 years later, he has directed, produced, written—and, of course, continued to act, most recently on FX’s “The People v. O.J. Simpson: American Crime Story” and “The Resident” on Fox, where he plays outspoken surgeon AJ Austin. Warner shares what he’s learned from AJ and how he lost control of his audition for the part.

You began your career at a young age. How do you keep yourself from burning out?
The big part is looking at the big picture. Longevity has always been a huge focus of mine, even on the early years of “Cosby.” I grew up with almost a maniacal obsession with life after “Cosby.” My focus has always been on being able to work consistently as an actor and as a director. There’s a certain drive I had at a younger age that kept me focused on life and the career after that.

What does it take to ensure longevity?
If there was a formula, I think everybody would be able to do it. It definitely takes a thick skin. It definitely takes constantly honing your craft and sharpening your skills and seeing how the business changes and being able to keep up with those changes. Probably one of the biggest things is not getting caught up when you have a certain level of success. People get on a hot show or a hot movie and start to go on a Hollywood trip. For me, my philosophy has been, when you’re hot, that’s the time to bust ass as opposed to sitting back and resting back on those laurels.

Has working on network TV changed over the years?
When you watch television now versus watching shows that were on 20, 30 years ago, there was a certain way that television acting has changed. If you look at shows from the ’50s and ’60s, you’ll see a significant difference from the shows of the ’70s, ’80s, and ’90s. Now in 2018, the style has changed. A lot of it has to do with reality and unscripted television, but there’s definitely a change in acting styles from 30 years ago.

How do you typically prepare for an audition?
For me, it’s very rare that I go to an audition without seeing an acting coach, because as much as you can prepare for a role, two heads are better than one. My approach is to look at the character’s world. Often, we get so locked into memorizing lines and practicing how we’re going to say those lines, when in reality the lines are just a symbol or representation of the person. I spend a lot of time getting into the character’s life. Every character has a point of view, so what informs this character’s point of view?

What is your worst audition story?
My audition for “The Resident.” I really thought I’d tanked. There are times when I’m not focused and I fall back on my old ways of approaching an audition. There’s a desire to control the audition. We put all this work into preparing a character, so when you get into a room, you want to show the work you’ve been doing. That’s a way of controlling the audition. One of the best parts of being in an audition is when the casting director or the director liked what you did but they want to give you suggestions. They’re now invested enough to go, “Now, let’s play.” Usually I love that part, but for some reason with “The Resident,” when I was getting feedback, it threw me off. It started making me nervous, like, I really suck at this.

What has playing AJ Austin added to your acting skills?
There’s so much of AJ that’s right underneath the surface of who Malcolm is that allows me to peel back a few Malcolm layers so I can really access the part of me that is AJ. There’s a part of Malcolm that would like to walk through the world and not give a fuck about how what I say lands on the other person. There’s a part of me that would love to do that, so I get to experience that through AJ.

AJ is sassy but he’s not a villain. How do you strike the right balance of bravado without being too arrogant?
I always get asked to play the good guy, the nice guy. One thing I like about AJ is he is a good guy but he doesn’t spend his time worrying about being nice. It’s a great departure for me. Even now I spend too much time being concerned about how what I say affects other people. There’s a balance there, and Malcolm and AJ happen to be on opposite ends of that spectrum.

What was your first headshot like?
My first headshot for years was my sixth-grade school picture. That had been my headshot up until “Cosby.” My first professional photo shoot was when we were doing the promo shoot for “Cosby.”