Mark Ruffalo Gets Physical in ‘Foxcatcher’ 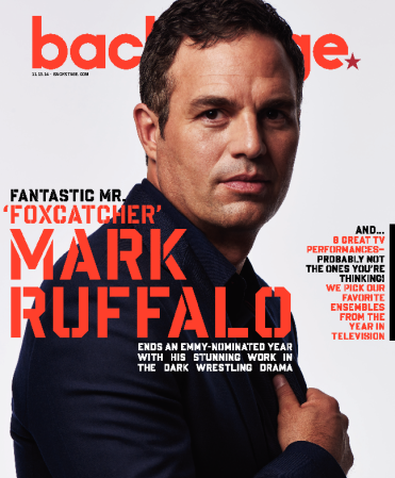 In many ways, Mark Ruffalo saved the best for last this year.

When “The Normal Heart” premiered to critical hosannas (and ultimately a slew of Emmy nominations, including one for Ruffalo), his performance as Ned Weeks seemed incapable of being topped. Ruffalo found the heart under the prickly exterior of the Larry Kramer manqué in the writer’s fictionalized retelling of the early days of the AIDS crisis in New York City and the founding of the Gay Men’s Health Crisis. Fearless and furious (much as the real Kramer), Ruffalo’s Ned is also capable of heart-rending vulnerability, as when he nurses his dying husband and rages against the bureaucracy that willingly turns a blind eye to the deaths of thousands of homosexual men. 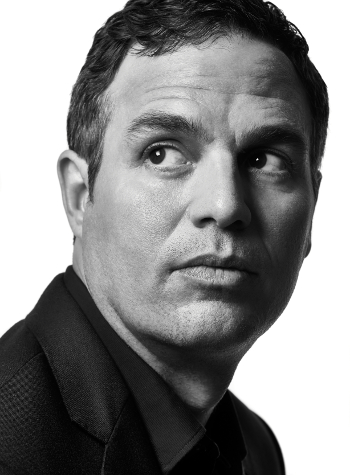 And then came “Foxcatcher.” [Warning! If you're not familiar with the true story upon which the film is based, spoilers abound below.]

Ruffalo also had a charming, affable leading-man turn in “Begin Again” this year, as a weary record label exec whose passion for music is reignited by a young singer-songwriter, but his turn as real-life Olympic wrestler Dave Schultz in Bennett Miller’s retelling of a bizarre true story is a prime example of an actor at the peak of his powers.

A former wrestler himself, Ruffalo took on the role partly because he had never seen the sport represented on film in the way he knew it to be. But a righty 46-year-old playing a lefty 33-year-old presented its own particular challenges.

“Wrestling is hard. It looks like it’s easy, but it’s hard. It’s really hard,” Ruffalo says. “It was almost harder for me because I had to unlearn everything that I already knew, and that was really frustrating. Plus, Dave was 33 and at the height of his athletic powers, when I’m deeply waning in mine. Any fantasy I had about myself as an athletically adept young man was quickly discredited and debauched in the first two weeks.”

“Foxcatcher” is the too-true-to-be-fiction story of Olympic champion brothers Mark and Dave Schultz and John du Pont, the billionaire who draws them into his personal orbit by creating Team Foxcatcher on the grounds of his lavish, remote Pennsylvania estate. Du Pont originally approaches Mark about creating a new wrestling team to compete in the Olympics, but as Mark succumbs to the temptations of a life of wealth, du Pont turns instead to Dave. And what originally began as an eccentric experiment quickly devolves into obsession and pathology, ultimately leading to the 1996 murder of husband and father Dave at the hands of du Pont. Captured in the crime scene photos is a scrawled reminder on Dave’s hand to pick up his kids, something that provides “Foxcatcher” with one of its most chilling moments. 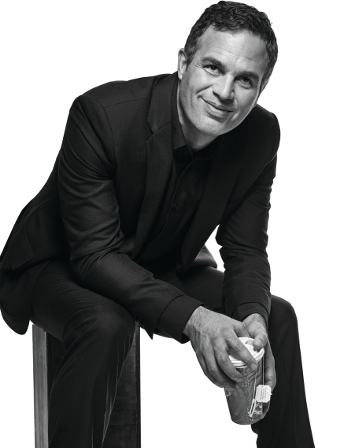 “It says so much,” Ruffalo says, sipping a coffee before heading to the “Foxcatcher” press conference at the New York Film Festival. “It’s so cinematic. That’s one of those actor moments.”

Although the message was only included in the climax of the film, Ruffalo insisted that it be a recurring theme, part of the careful physicalization that he gave Dave. Steve Carell has received the lion’s share of press about his transformation into the seedy aristocrat du Pont, but Ruffalo himself underwent almost as startling a physical change. Gone is his signature hair, replaced by something closer to the real Dave’s receding hairline. And even his walk drastically changed.

“They used to call him Tyrannosaurus rex,” Ruffalo says. “He had this strange way of holding his arms”—Ruffalo repositions himself to illustrate, tucking his elbows against his torso and dangling his hands at the wrist—“and it felt so weird and unnatural and uncool and not very killer-like, which I knew him to be. But it really gave me so much of who he was. A guy who stands like that, he’s in the world in a way that other people aren’t.”

Ruffalo admits that a character’s physicality is something he’s increasingly interested in as he grows older—the ways that a person’s physical presence leads to instantaneous assumptions.

He points to his work as Ned Weeks as a second example. “If you put those two guys next to each other, they’re wildly different from each other,” he says. “Larry [Kramer] is open and thrust forward. Take it on the chin. So that’s another kind of person in the world. But I was also interested in the other side of Larry. What you hear about Larry is he’s the angriest man in the world. But that’s not my experience of Larry. To be that passionate, you have to have a lot of love. So it really became about trying to find that quality in him, too.”

Creating that passion had to happen on the fly with the fast “Normal Heart” shoot; Ruffalo and Matt Bomer, as his lover, had almost no rehearsal time before shooting their scenes. But on “Foxcatcher,” Ruffalo benefited from seven months of wrestling training with Channing Tatum as Mark. 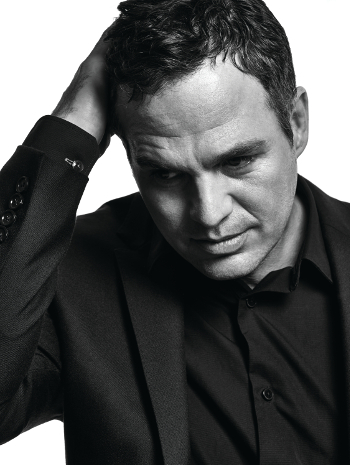 “The difficulty of the wrestling and Bennett’s kind of exacting and very penetrating style of really digging into people pushed Channing and I into places where we were mostly just hanging out there, completely vulnerable,” Ruffalo says. “And that really [made me] look at Channing as my brother in a very real way.”

Again, that physical preparation paid huge dividends when the time came near the end of filming to shoot what became the film’s opening scene: Dave and Mark Schultz wrestling one another in near silence. The scene is memorable for all of the things that remain unsaid—including clunky exposition. As the two men circle and lunge, their relationship becomes manifest. The sequence is so telling that it comes as a surprise to hear from Ruffalo that the original script contained an additional 30 pages prior to that establishing the men’s relationship and explaining their shared past. “We started every practice with that warm-up,” Ruffalo says, “so by the time we got to that, we knew that shit like it was second nature. And that’s when magical stuff happens with acting: No mind, no body.”

Even Mark Ruffalo has had bad auditions, which should make any actor feel better. When asked for his favorite worst, he immediately accesses a memory.

“Well, the great one was auditioning for SUNY Purchase and doing my contrasting monologues and having the head of SUNY Purchase at the time ask me what I’m going to do when I realize I’ll never make it as an actor,” he says. His response? “ ‘Put a fucking bullet in my head!’ I ran out of the room in tears and I ended up in the hallway, and this very dapper, good-looking, slightly older man came up to me: ‘Are you OK?’ I said, ‘I’m really upset.’ ” Ruffalo pauses for effect before adding the man’s reply, the story’s punch line: “Would you like to come back to my apartment?”

So is that how Ruffalo got into SUNY Purchase? He laughs. “Hey, it’s a great school!”