Marvel Wants ‘Guardians of the Galaxy’ Director Back + Other Industry News 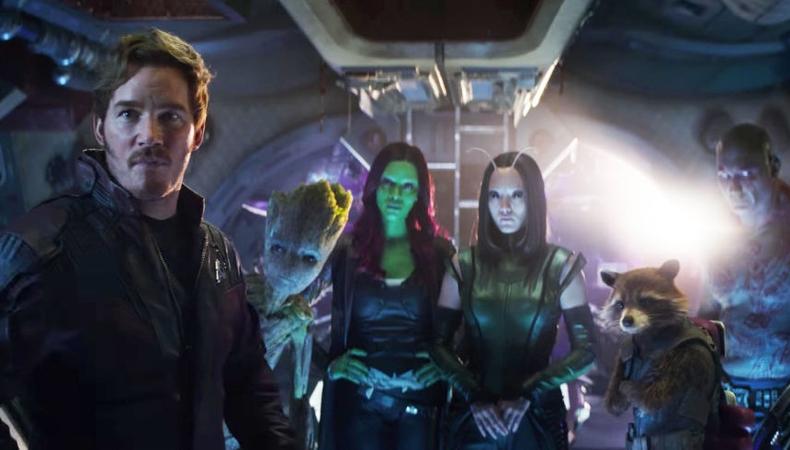 Will “Guardians” director be back?
It’s a long shot, but the saga of the firing of director James Gunn from the helm of the mega-box-office-smash franchise “Guardians of the Galaxy” may not be over yet. After years-old controversial tweets of Gunn’s surfaced, Disney announced they were dismissing Gunn despite a penned letter of support from all the stars of the franchise. But insider sources said that backroom talks are taking place between Disney and Marvel Studios, with the latter very much wanting to keep Gunn on board. (Deadline)

The Academy unveils new rules for 2019’s broadcast.
On Tuesday, the Academy of Motion Picture Arts and Sciences announced several modifications to the 2019 Oscars. In addition to reelecting John Bailey as their president, the Academy will only broadcast select categories live, recapping the omitted categories later in the broadcast. They will also introduce a new category for outstanding achievement in popular film, a move that created considerable backlash, with fans calling the move “pandering” and “belittling” to audiences. (Hollywood Reporter)

Has diversity in film and TV improved?
Nontraditional characters, storylines, and artists remain significantly underrepresented on America’s screens, new data suggests. A new report from USC Annenberg reveals that despite progressive movements and heightened awareness about the need for representation and inclusion in media, change is almost imperceptible in the final products on audience’s screens. (Backstage)

Latino “Magnum P.I.” reboot has no Latinx writers.
At a Television Critics Association panel, CBS hosted a panel for their “Magnum P.I.” reboot starring Latino actor Jay Hernandez. When asked about the writer’s room, executive producer Peter Lenkov was careful to call it “very diverse,” but admitted that the show has no Latinx writers. This, despite the fact that executive producer Eric Guggenheim announced that Hernandez’s identity would be a focus on the show, was dismissed by Lenkov due to the fact that it’s “incredibly hard to find writers.” (Vulture)

Top Hollywood agencies pledge to advance trans inclusion.
On Tuesday, nearly fifty entertainment agencies signed an open letter urging networks and studios to prioritize transgender stories. Organized by GLAAD and Time’s Up initiative 5050by2020, the rallying cry of support for trans rights is unprecedented in the industry. “Transparent” creator Jill Soloway, the non-binary co-founder of 5050by2020, led the charge, also helping to organize a resource guide for studios looking to boost trans voices. (Variety)

TIFF’s 2018 Platform lineup has been set.
To round out its already partially set lineup, the 2018 Toronto International Film Festival has added a dozen more movies to play during its Platform Program, a section that attempts to bolster original directors in international cinema. The lineup has four features directed or co-directed by women, and seven of the movies will feature leading women. (IndieWire)

Ruby Rose is the CW’s newest addition.
The “Orange is the New Black” star has been cast in the newest addition to the Arrowverse. The “Batwoman” series will likely be greenlit for a 2019-20 season should the character’s introduction in December’s annual Arrowverse crossover prove successful. Rose, a queer actor, will play Kara Kane, an out lesbian with “a passion for social justice,” according to the show’s current logline. (Collider)