How to Master the Teleprompter When Hosting 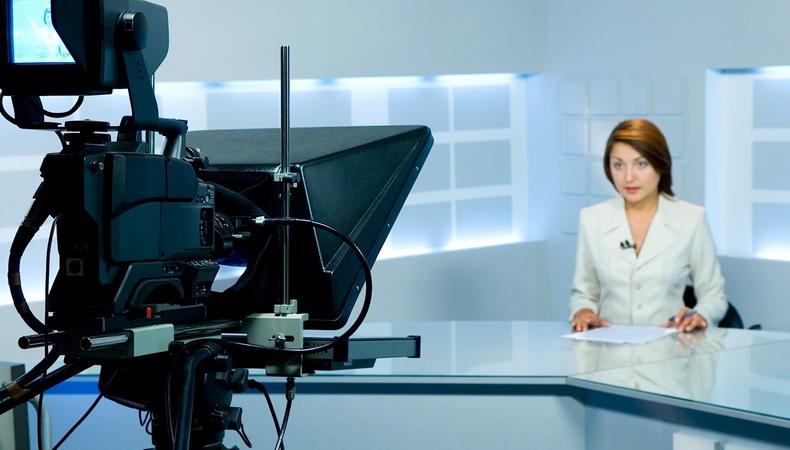 Having made my living as an actor for over 30 years, one thing I’ve learned is that it’s not who you know that’s essential to being successful, it’s who knows you.

Case in point: Recently, someone I’d worked with years ago remembered our experience together as a pleasant one and recommended me to a production company that was casting the host role for an infomercial. I was contacted by the producer and asked to send my materials.

After learning that I’d booked the job, I got very excited at the prospect of working on a type of project I’d never experienced before. Sure, I had seen plenty of infomercials, but this was my first time working on one.

When I received the script, it contained 32 pages of dialogue. Some of it was pretty technical, so I asked if there would be a teleprompter on set. Fortunately, the answer was yes. For anyone interested in working in infomercials, industrial, corporate, and educational films, being proficient and comfortable using a teleprompter is important. Quite often, if you’re cast as an on-camera narrator, you will need to use a teleprompter.

READ: How to Create Your Hosting Reel

Some people think that since the lines are seen on the prompter, it can’t be terribly hard to get the words right. But trust me, when you have 32 pages of information, it’s easy to make errors.

I asked the guy running the teleprompter if I could run through the script before we got started. This is always really helpful.

I gave it a speed read with no emotions. My goal was to simply get comfortable seeing the words on the prompter along with the actual placement of the sentences. There are fewer words per line on a teleprompter than paper, so I wanted to make sure I could easily make the sentences sound smooth.

Once everyone was on the set, we spent time adjusting the positioning of the prompter so it looked like my guest and I were looking at each other even though we were really looking at the teleprompter.

It’s crucial that you don’t make the mistake of having your eyes shift from looking at the teleprompter to the other actor. It won’t look real or believable. Once you commit to looking at the teleprompter, you have to stay on the prompter. It takes some adjustment not to look at the other person as it goes against everything we learn in acting class. You really have to just feel the person and hear what they’re saying, but still show your emotions to the prompter.

Mastering the use of a teleprompter will lead to a lot of success if and when the infomercial casting directors come calling.

Get all of your agent questions answered by peers and experts on the Backstage Community forums!

Aaron Marcus
Aaron Marcus has been a full-time actor for over 30 years. Born and raised in Baltimore, MD, Aaron has made a career out of living in a non-major market, securing over 1,250 bookings to date. He is also the author of the Amazon 5-star rated “How to Become a Successful Actor and Model: From Getting Discovered to Landing Your Dream Audition and Role, the Ultimate Step by Step, No Luck Required Guide for All Actors and Models.”
END_OF_DOCUMENT_TOKEN_TO_BE_REPLACED