Matt Dillon Fights for His Characters 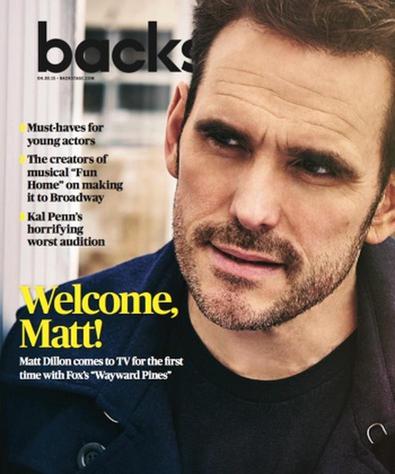 Movie stars proliferate on the prime-time lineup these days, but seeing Matt Dillon anchor a Fox drama is still somewhat surprising. Until, that is, one watches Dillon in action on “Wayward Pines”—premiering May 14—as the immovable object against which the show shifts and changes, a dependable and reassuring anchor to the show’s twists and turns.

“I’ve been sort of warming up to the idea of [doing TV],” Dillon admits. “Having a background in film, with film, for better or worse you know what the script is going in. With television, you don’t know what’s coming around the corner.” He lets loose a rueful chuckle. “And under the best of circumstances, I don’t like surprises; I know that about myself. So I think committing to something for four years seemed a lot for me.”

That, of course, was the old model of television. But today’s prestige series could screen comfortably alongside Oscar bait, while the line between TV and film attendees at the Golden Globes is increasingly blurry. And as it happens, the limited, 10-episode “Wayward Pines” is structured like a leisurely movie, ratcheting up tension amid constantly changing perspectives and benefiting almost equally from producer M. Night Shyamalan’s expertise as from Dillon’s gravitas as Secret Service agent Ethan Burke, who finds himself unable to leave the very odd Wayward Pines, Idaho, after a car accident. A cross between Twin Peaks and the location of a Shirley Jackson story, Wayward Pines isn’t exactly the sort of place where one can recuperate comfortably, and it’s not long before Ethan’s impromptu investigation leads to some very startling discoveries—such as why a co-worker and lover claims to have been living in Wayward Pines for over a decade when he last saw her not six months before. 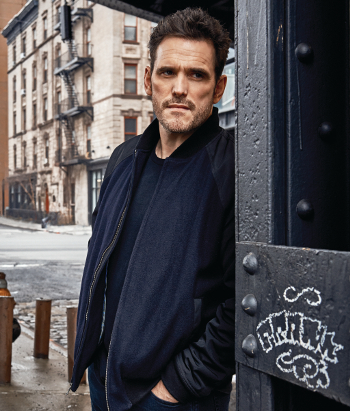 “You’re able to do more than you do in a film because the character is growing,” Dillon says of serialized television, raving about his experience with “Wayward Pines.” “If you’re doing something really exciting, I think it can be the best medium. I think what’s hard about it is a lot of writing needs to get done. It’s a juggernaut. When the train leaves the station, that’s it—it doesn’t stop.”

Calling his decision to sign on for the series a “leap of faith” in both the project and Shyamalan, Dillon points out that part of an actor’s job is to protect his or her character. “They didn’t hire me because I’m the new kid on the block,” he says. “So they don’t expect me to show up and shut up.”

All for the better, according to Shyamalan, who says that Dillon immediately leaped to the top of his and Fox’s wish list of stars when they discussed casting. “The list of characteristics were: had never done TV before; could play a real manly, physical guy; could do complicated stuff emotionally; and would be able to play with the humor early in the series,” Shyamalan says. “It became clear pretty quickly that Matt was our No. 1 choice.”

Part of what convinced Dillon to jump in for the wild ride was Shyamalan’s “irrational” pitch, as the director calls it, saying, “I said, ‘I promise I won’t let it go off the rails, and if you have concerns please come to me, from the first day to the last day.’ ” Both Shyamalan and Dillon agree that their collaboration was a mutually beneficial one, with Shyamalan praising Dillon’s “constant vigilance” in questioning the script when it came to Ethan’s behavior. But even when Dillon was questioning his decision to sign on, he recalls looking around the set and seeing co-stars Melissa Leo, Terrence Howard, and Carla Gugino and thinking, “I’m going to be working with those people and they’re good actors, so I’m looking forward to that.”

That desire to protect his character is something about which Dillon has always been passionate. “I think there are times when you don’t want to rock the boat or you don’t want to step on somebody’s toes, but sometimes you need to and sometimes you have to speak up,” he says. “I’m a pro; I’ll always bring a performance no matter what, but I want it to be better. I want it to be everything it can be. So I’m going to speak up at times.”

Dillon cites “verisimilitude,” the appearance of truth, as his new favorite word (an apt choice, given the plot of “Wayward Pines”) but it’s fair to say that the concept has fascinated him throughout a career that has taken him from teen idol to gritty leading man and reliable comedic support. 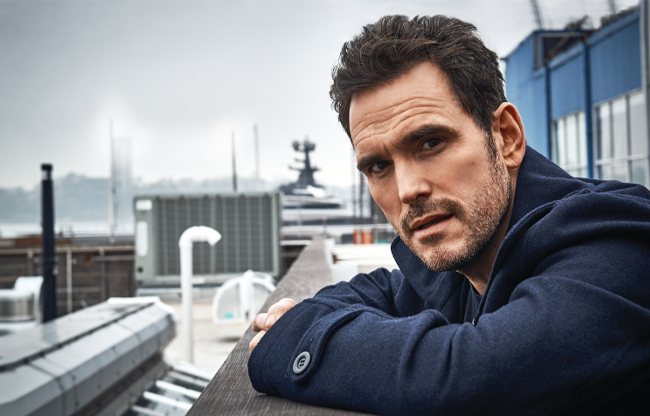 Even on the set of his first film, 1979’s troubled teen drama “Over the Edge,” Dillon was obsessed with conveying honesty. “All those characters were real kids who were really struggling and battling real issues and situations. And that’s what interested me: to be real, to be authentic. I was always looking to keep things real, and spontaneity meant everything to us.”

So what was it like to be a serious actor trapped in the body of one of the decade’s most popular heartthrobs? Dillon laughs. “I survived those [years], but I wasn’t in it for the cash and prizes. I wanted to express myself.” He pauses and grins. “But there are worse things than being a heartthrob. It can be good.”

One credit on Matt Dillon’s résumé that rarely gets discussed is his single turn on Broadway in 1985’s flop “The Boys of Winter” by John Pielmeier (“Agnes of God”). “I really loved the experience of doing that show,” Dillon says, adding with a laugh, “We didn’t have a long run, but we had a nice extended preview.”

A Vietnam War drama that involved Dillon’s hick from Louisiana performing a striptease to “Jingle Bell Rock” and also starred Wesley Snipes, Ving Rhames, and Andrew McCarthy, “The Boys of Winter” shuttered after just nine performances (and 31 previews), but Dillon took away only pleasant memories of the experience.

“I really enjoyed the play. There’s no real reason that I didn’t do another show. I had a great experience and I really loved it. I think when you work in films and there are opportunities there, it’s somehow more seductive. But listen, I’m talking to Backstage so I’m throwing this out there: I’d do another play! Somebody reading this is going to see that. I want to do a good show.”