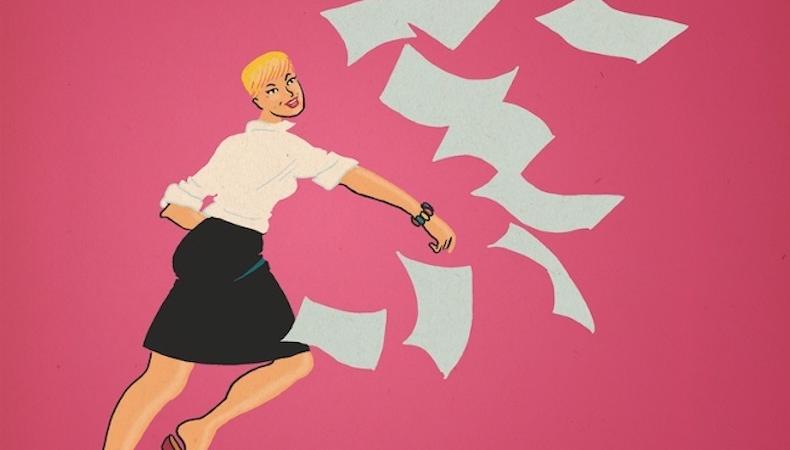 The new year brings new revelations. You’re training, studying, and constantly doing research and reading articles like mine. You’re trying to follow everything to the letter. Then an audition comes along and blows everything you thought you knew out the window.

If you’ve been reading my blogs, and articles in Backstage, you’ll remember that I encourage you to not only be off-book but to treat the script with respect. Use it as your bible and don’t change the dialogue unless you’re asked. That said, I rarely work with a director or producer who says it’s OK to actually change the dialogue.

Last year, I had the singular opportunity to cast and produce a very low-budget feature film with writer-director-producer-star Blake Robbins, entitled “The Sublime and Beautiful,” which was selected as one of 10 films competing in the narrative features category at the 2014 Slamdance Film Festival in Park City. It is an emotional story about a family torn apart by a drunk driver, and all the scenes were very raw.

During our auditions, I was pleasantly surprised to hear Blake tell the actors to “throw out the script. You know your character. You know what she’d say. Just follow the template and let it flow.” How rare to find a writer who’s confident enough to say that! As Blake was the star and was in every scene, he read with all the actors. He was not only their scene partner but their guide. Can you imagine being given such an opportunity? You’d be surprised at how many actors adopted a “deer in headlights” look on their faces. Most of them held onto the text they’d rehearsed like a life raft, and couldn’t fully make the leap into their character.

When I teach and coach actors, I tell them that every room they walk into (and what the people in that room ask of them) will be different—every single time. This is why your research and prep is crucial. When you do a thorough character breakdown (not just what you’ve gleaned from the breakdown), you’ll know everything from what your character had for breakfast to all the hopes and dreams she has for her children. Doing this not only lets you easily slip into the skin of your character, it helps you learn the dialogue so you can “throw it away” (so to speak) and just immerse yourself in the scene when you audition.

The actors who were able to let go and give in to the emotions were so fascinating to watch. The scene came alive because they were truly in it. The director was also interested in the “space between” the lines. He was happy to have a lot of silence and pauses. This made many of the actors who were auditioning extremely uncomfortable because they felt they weren’t doing anything. Yet the simple act of listening and feeling is so compelling.

This exercise taught me so much. It showed me how much you need to be on your toes, but also to do the proper preparation and trust that you will be enough.

Known for her work in film and television, Casting Director Marci Liroff has worked with some of the most successful directors in the world such as Steven Spielberg, Ridley Scott, Mark Waters, Christopher Nolan, Brad Bird, and Herbert Ross. While working at Fenton-Feinberg Casting, she, along with Mike Fenton, cast such films as “A Christmas Story," “Poltergeist," “E.T. – The Extra Terrestrial," “Indiana Jones and the Temple of Doom," and “Blade Runner." After establishing her own casting company in 1983, Liroff cast “Footloose," “St. Elmo's Fire," “Pretty in Pink," “The Iron Giant," “The Spitfire Grill," “Untamed Heart," “Freaky Friday," “Mean Girls," “Ghosts of Girlfriends Past," “Mr. Popper’s Penguins,” the upcoming “Vampire Academy,” and the upcoming “The Sublime and Beautiful,” which she produced as well.

Liroff is also an acting coach, and her three-night Audition Bootcamp has empowered actors to view the audition process in a new light. The class spawned a DVD, which features the highlights of the Audition Bootcamp classes, along with an online course available at Udemy entitled "How To Audition For Film and Television: Audition Bootcamp."

Marci Liroff
Known for her work in film and television, producer and casting director Marci Liroff has worked with some of the most successful directors in the world. Liroff is also an acting coach, and her three-night Audition Bootcamp has empowered actors to view the audition process in a new light.
END_OF_DOCUMENT_TOKEN_TO_BE_REPLACED