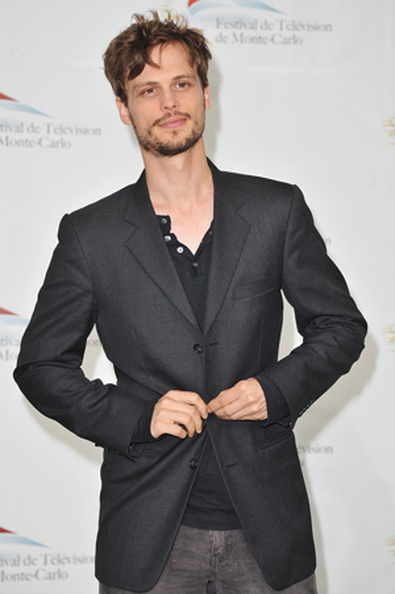 Matthew Gray Gubler gets to be his own boss from time to time. Now in his eighth season as brilliant Dr. Spencer Reid on the CBS hit “Criminal Minds,” the actor is prepping to direct his fifth episode of the series. But this isn’t a case of indulging a star—Gubler is a graduate of the prestigious NYU Tisch School of the Arts and an accomplished director of music videos, mockumentaries, and short films.

This isn’t the first time Gubler’s worlds have collided; while an intern for Wes Anderson, Gubler not only landed a role in “The Life Aquatic With Steve Zissou” but filmed the documentary “Matthew Gray Gubler’s Life Aquatic Intern Journal,” which was included on the Criterion Collection DVD release of the film. He has also directed a tongue-in-cheek series of shorts called “Matthew Gray Gubler: The Unauthorized Documentary,” parodying life on the “Criminal Minds” set.

After attending the Las Vegas Academy of International Studies, a performing arts high school, Gubler says he gravitated to filmmaking because it felt more logical. “I think I veered towards filmmaking because there’s more of a sense of control in it. You’re not waiting to be picked,” he says. “That said, in film school I acted in probably 6,000 student films because no other filmmakers knew anyone who wanted to act. It was all a big beautiful snake eating its tail, progressing along the way.”

Asked if studying filmmaking helped him as an actor, Gubler doesn’t hesitate. “It absolutely did, 100 percent,” he says. “I’ve always had the utmost respect and awe of what the lens can do and what a director can do with just a camera move. A fantastic actor in a scene that’s just closed off will be good. But when working with a director who knows little tricks—correct music, slowly pushing in—that stunning performance will somehow become even better. I’ve always seen it as a symbiotic relationship.”

Another bonus as an actor: In film school he met and worked with many up-and-coming filmmakers, such as “Robot & Frank” director Jake Schreier and Jaffe Zinn, whose 2011 film “Magic Valley” features a turn by Gubler. Gubler also appears in the new horror film “Excision” from fellow Tisch grad Richard Bates Jr. and is hoping to shoot a film with Bates during his hiatus from “Criminal Minds” this year. “When you’re in film school you’re making like 18 shorts a year, so it’s kind of inevitable you’re going to be in someone’s movie,” Gubler says. “You get to form this nice little close-knit community.”