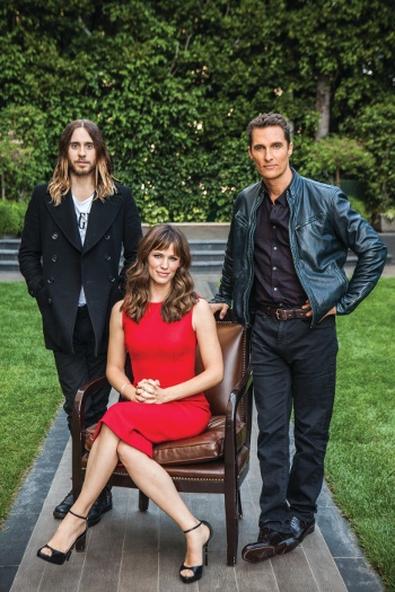 Five years had passed since Jared Leto last acted in a film. He’d spent much of that time recording and performing with his band, Thirty Seconds to Mars, which achieved critical acclaim with its most recent album. Jennifer Garner hadn’t acted in two years, busy, as she puts it, “having a baby dude”—also released to critical acclaim—her third child with husband Ben Affleck.

Matthew McConaughey, by contrast, has been on a career-defining tear in recent years, ticking off much heralded performances in films such as “Magic Mike,” “Killer Joe,” “The Paperboy,” and “Mud” as if they were Sexiest Man Alive nominations. The streak continues with “Dallas Buyers Club,” an intimate drama set deep in the heart of 1980s Texas, a world populated not just by hard-drinking oil men and bull riders but also by the AIDS epidemic’s first wave of victims. The film is based on the life of Ron Woodroof, who found himself thrust from the former group into the latter and went on to improve and extend the lives of numerous AIDS victims through the smuggling of non-FDA-approved drugs.

McConaughey, who plays Woodroof, spent years trying to get the movie made. Garner and Leto—as, respectively, Eve Saks, a doctor troubled but intrigued by Woodroof’s venture, and Rayon, a transgender woman who becomes Woodroof’s friend and business partner—signed on for their roles fewer than three weeks prior to shooting. Each had his or her own motivation for staying clear of the camera for so long. But they shared one big reason for returning. “I knew that Matthew was not only starring but getting the project made,” said Leto. “That was a real key. It’s almost like he’s doing the work for all the other actors—because I know if he’s sussed it out and he’s going to do it, it’s going to be something worthy of our time.” 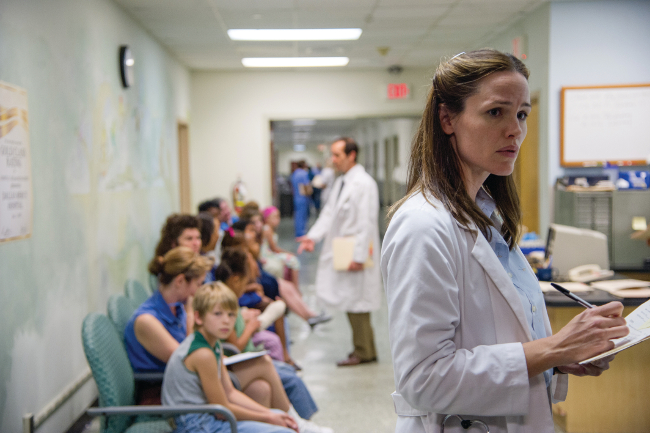 How long did the shoot take?

Is that a good amount of time?

Garner: No. That’s about half the amount of time this movie would normally take with a normal budget.

Matthew McConaughey: [Director Jean-Marc Vallée] said we had to have 40 days, $8 million. About a week out from shooting he said [McConaughey slips into a Pepé Le Pew accent], “We don’t have zee money. I don’t zee how we can make zeese film. But if you’ll be zere, I’ll be zere.” It ended up being 25 days and $4.9 million. In that week he changed his whole idea of how he was going to go about it. He didn’t plan on going no lights, one camera, the whole way. But when it became 25 days, he said that’s what we were going to do.

Garner: He’s an incredible leader in that way. Decisive.

Jared Leto: Did you know it was shot with no lighting?

I didn’t. At what point did you know that?

McConaughey: When we got on set.

Garner: For me it was the camera test. I showed up, it was late afternoon, and they pulled me into a pretty dark room that had a small window. I thought it was an anteroom to a larger room that would have lights set up.

Leto: I had that experience as well. I went onto a set and thought, “Oh, the set must be over there.”

Garner: I said, “Where are we doing this?” And they said, “Oh, just stand by the window. But we’re losing the light, so hurry up.” I’m like, “Losing the light? I can see the moon!” We had no grip department, no electric department. It was the smallest crew I’ve ever shot with.

Did that inspire fear in you? 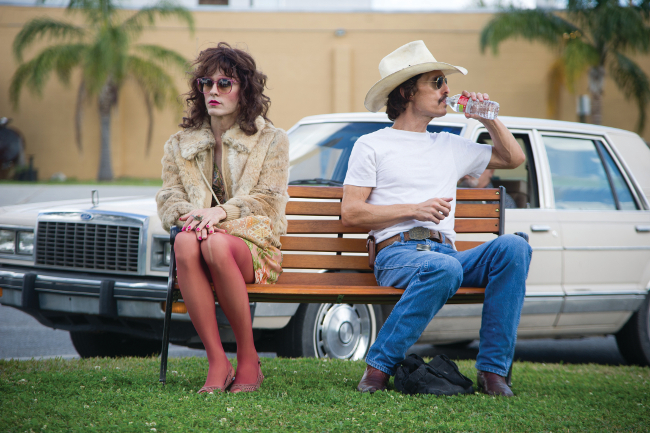 Do you see that in the final product?

Garner: I think you see an immediacy. If you finished one side and then shot the other side, you still remembered what that first side was because you finished it less than 30 seconds before.

McConaughey: I don’t know what we would have done with eight weeks. You can use up as much time as you’re ever given, I guess. I’m not sure if the film would have been better, worse, or different for it.

Garner: It was fast.

McConaughey: It’s great as actors, though. It’s all performance. You’re there doing what you do. There’s no time to be a voyeur on what you’re doing.

Leto: Most of the time, these little movies, they break your heart. My heart has gotten broken so many times.

Leto: They have great intentions.

Leto: And they just break your heart.

So what’s different about this one?

Leto: Something worked. I think Matthew is what’s different about it.

Leto: I was, I guess, flirting with him on Skype. That’s hilarious.

Garner: I wasn’t sure I wanted to go back to work, but I couldn’t stop thinking about the script and working with Matthew again. Then I watched one of Jean-Marc’s films, and I thought…Shoot. Then I started figuring it out.

Leto: I really liked his “Café de Flore.” I thought it was really pretty.

McConaughey: I loved “C.R.A.Z.Y.” Camila and I watched that one night at midnight when we were really tired. Then two hours later we were just laughing our asses off.

Matthew, how are Jennifer and Jared as scene partners?

McConaughey: Easy. Jennifer and I have worked together before. There’s not an affectation with her. She’s got a difficult role. One thing you always know with her is that she honestly cares at a very human, base level. That’s what makes it elegant to work with her. [Turning to Leto] With you, the line that people come up with is that you were always in character. People say, “Oh, that’s that Method stuff. What’s that? It’s weird and complicated.”

Garner: It didn’t feel that way.

McConaughey: It was simple. He’s showing up to work. That can be complicated if somebody’s got idiosyncrasies that are getting in the way of making the movie. And I’ve worked with those people. They’re being so Method, they’re overcomplicating the process. His was simple. I met him, and there’s Rayon walking into the room.

Leto: Not having worked for five or six years, I was intent on doing the very best job that I could. Maybe a better actor, when the director yelled “Action,” could have recalled the behavior and the dialect and all of the stuff inside.

McConaughey: I’ve seen people try it, and there’s an affectation that they need to suck energy out of the room. There was no energy sucking going on. It was sticking straight to the part, so it was very simple to work with. My experience in work, even going to work with Scorsese, is that people always think there’s some magic trick. There’s no magic trick. The people who are really good at what they do do simple things really, really well.