What It Means to Be an Actor 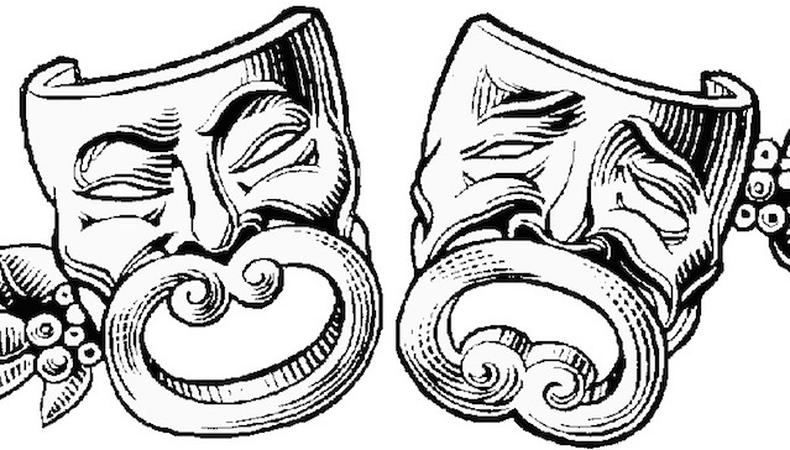 On one side of my high school class ring is the year I graduated; on the other side are the comedy/tragedy masks. Even though at that early age I hadn’t done anything as an actor, I knew that I was one. It didn’t matter if I’d worked or not. I didn’t care if anyone believed me; I didn’t need witnesses to tell me who I was. I was an actor. Period. Full stop.

There’s an old, rude joke aimed at performers: whenever you tell someone you’re an actor, they ask you which restaurant you work at. Regardless if there’s truth to it, it’s a clear sign that those who aren’t artists will never fully understand what it’s like to be us.

Someone once asked the actor Jack Lemmon what he did for a living. He said he was an actor and the man said, “No, what do you really do?” Actors aren’t actors only when they work, they are actors every second of the day.

We are a very special breed. We see the world in a larger way. We are uniquely aware and highly sensitive. We are emotional; we tap into our feelings quickly and with precision. For me, being an actor is not what I am, it’s who I am. It’s how I go to bed at night and how I wake up the next morning. It’s how I breathe. How I think.

The skill of acting is hard...Very hard. It takes training and technique, patience, bravery and sympathy, an understanding of human emotions and the ability to rejoice in vast imagination.

READ: How to Book Your First Professional Acting Job

The actress Rosalind Russell once described acting as “standing up naked and turning around very slowly.” It’s an exposing kind of work. One where we must dig down deep and fearlessly feel.

The first question I ask aspiring actors who want to join my class is why they want to act. If someone says it’s because people tell them they’re pretty, I show them the door. If their response is, “Because everyone else is doing it,” I shut down. And if anyone tells me it’s because they want to be like Kim Kardashian, I break out crying.

The business of acting means proving yourself over and over again. It means growing a thick skin of protection. It’s headshots and resumes and demo reels and auditions and IMDb. It’s about getting a job.

Once, an agent turned on the television while I was auditioning. Then the phone rang and he answered it, telling me to keep on going. In places like Los Angeles and New York, it’s easy to forget who you are. It’s certainly easy to feel bad about it. Or wrong or apologetic. Embarrassed.

With so many people trying to get work, the powers that be sometimes feel the right to treat us cruelly. A casting director once told me I’d never work because of my lisp. It’s why actors become bitter and angry. And that anger trickles on down, coloring the rest of our lives—relationships, family, strangers.

So. Why do we do it? Why do we actors put up with the insincerity, the disregard, the easy dismissal? Well, I don’t have to tell you why because you already know. Any one of you who are true actors know.

I look at those comedy/tragedy masks on my class ring and remember the day I ordered it. I ferociously flipped through the catalog until I found the faces. Those faces were me. Because while some saw them as a representation of theater, I saw myself. I’m comedy and tragedy, at once seeing the world as absurd and terrifying. Have you ever laughed so hard that you started to cry? I don’t mean tears of laughter; I mean really ugly face bawling.

If you’re in this business because you’re hot or bored or think it’d be cool to be adored, get out of it now. The only person who could put up with all the hardship and still stick around is someone who sees themselves as more than a job.

Jeffrey Fox
Jeffrey Fox is an acting coach and actor with over 30 years experience. He studied all over the country with some of the greatest teachers, including Sandy Meisner at the Neighborhood Playhouse and William Ball at A.C.T. He currently teaches his Jeffrey Fox Acting Workshop in Los Angeles after teaching for many successful years in New York and San Francisco.
END_OF_DOCUMENT_TOKEN_TO_BE_REPLACED