The Mechanics of Pilot Season, Part 1 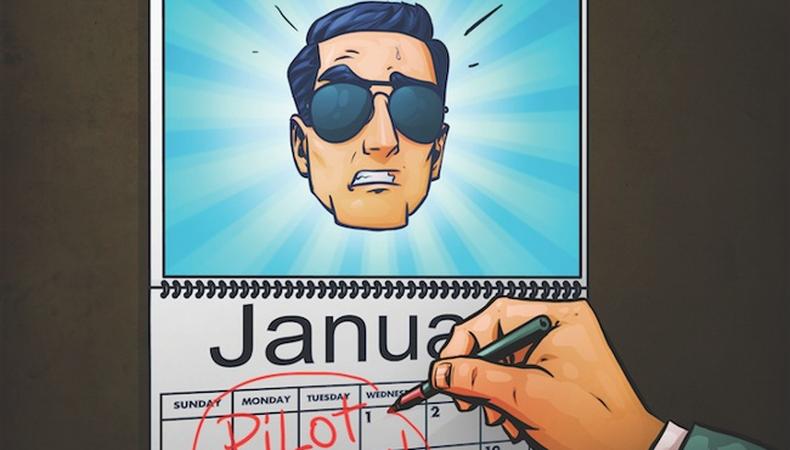 Pilot season is a lot like Christmas: It seems to arrive earlier and earlier every year. I remember seeing the first holiday decorations right after Halloween. The same is true with pilots.

Granted, the volume is much lower in the fall. That’s because most network pilots are still cast during the traditional season, which is between January and March. The early start became fashionable a few years back because it gives the studios and networks a chance to grab some name talent before they’re swamped with offers in the new year.

The reason most of pilot season begins in January is because network television is mired in the past. They still believe in the concept of a fall premiere. That’s one of the reasons they’re losing so many viewers to cable and Netflix.

Here’s how their prehistoric way of thinking works. Pilots are produced between January and March. They get screened and tested in April. The networks announce their choices in May. Then, after a short break, production gears up in June, just in time for the traditional fall premiere.

And most of the shows get canceled after a few weeks.

That’s because networks treat their shows like kamikaze pilots. They launch them at the same time, hoping a few will find their targets. The rest crash and burn. This is an absurd way to do business. You can’t expect so much new content to attract an audience during such a short period of time.

The ironic part is that some shows actually premiere during pilot season. It’s called a midseason start and it gives a new series the chance to connect in a slightly less crowded marketplace. You’ll see these programs rolling out right about now, like desperate singles in a bar that just announced last call.

The networks have a low batting average when they try to pull off a midseason start. Maybe it has something to do with the quality of the material. We all know they push their best stuff during the fall.

The one exception seems to be Fox. Executives there are really good at choosing their midseason starts. Last year, Fox made a killing when it premiered “The Following” right after the holidays. (And the degrees by which we all connect to Kevin Bacon became a little bit closer.)

From an agent’s perspective, there are several pros and cons to a traditional pilot season.

On the plus side, more shows equal more opportunities. Every pilot has anywhere from five to eight series regulars, and they can’t all be star names. That represents a lot of chances for actors to book roles that will pay off in a major way if the pilot goes to series.

On the negative side, I am going to blow my brains out if I have to endure another three-month period of begging casting directors to see my clients. In their defense, they are overwhelmed. Some of them are working on multiple pilots. Some are even casting a series at the same time.

That’s why forcing so much new content into the casting pipeline doesn’t make sense. No one has time to focus. For casting directors it’s all about grabbing the best actor before a competing pilot beats you to the punch. And for agents it’s all about getting as many clients in the door, even if they’re not right for the part.

The bottom line is that pilot season doesn’t make sense. But that’s the way it’s always been done, so we beat on, boats against the current, or something like that.

Next week, we’ll get into the dealmaking aspect of pilot season—and how it affects you.