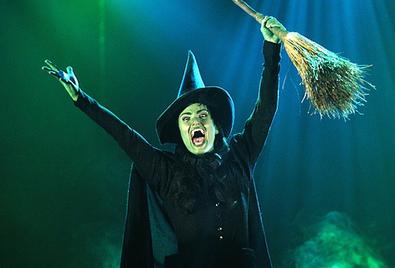 With the 2014 Tony Nominations announced this morning, we’ve got Tony fever! In anticipation of the performances coming to us June 8 at the 68th Annual Tony Awards, we look back at some of the very best performances in Tony history!

“Evita,” Patti LuPone, Mandy Patinkin, and Company (1980)
LuPone became a star as Eva Perón in the classic “Evita,” and this epic performance of "A New Argentina" can still elicit chills—and serves as proof that she deserved the Tony she took home later that night.

“Gypsy,” Bernadette Peters (2003)
Peters was already a legend when she represented the revival of “Gypsy” at the 2003 Tony Awards. Singing “Rose’s Turn” as if it were her own personal credo, Peters showed the Broadway world that, depsite the ill health that plagued her early in the show's run, she could still power through. Though she was nominated, Peters lost the best actress in a musical award that year to Marissa Jaret Winokur for “Hairspray.”

“In the Heights,” Lin-Manuel Miranda and Company (2008)
This medley of Lin-Manuel Miranda’s music is a testament to all the new productions that have graced New York’s Broadway stages in recent years. Also starring Miranda, “In the Heights” took home the best musical award, and was praised for being so reflective of the real lives of the community it represents.

“The Apple Tree,” Barbara Harris (1967)
Before LuPone and Peters, Barbara Harris graced the Tony stage at the 21st ceremony to sing “Oh, To Be A Movie Star” and “Gorgeous,” from nominated musical “The Apple Tree.” Harris took home the best actress in a musical award, and gave us this memorable performance.

“Spring Awakening,” Lea Michele, Jonathan Groff, and Company (2007)
Performing a medley of songs, the cast of “Spring Awakening” gave an extremely memorable performance at the 2007 Tony Awards. For many, this was the first peak into the musical that caused so much buzz. The musical won nine out of the 12 awards it was nominated for that year. Watch the cast sing “Mama Who Bore Me,” “The Bitch of Living,” and “Totally Fucked.”

“Hairspray” Harvey Fierstein, Marissa Jaret Winokur, and Company (2003)
This show-stopping performance features the acclaimed Harvey Fierstein as Edna Turnblad. It’s hard to not bop along with the cast as they sing “You Can’t Stop the Beat,” the show’s high-energy finale.

Bonus: The cast of the Broadway revival opened the show in 2007, performing both inside and outside of Radio City Music Hall.

“Wicked” Kristin Chenoweth, Idina Menzel (2004)
If you’ve recently seen Idina Menzel in her new musical “If/Then,” then you probably know that it was “Wicked” that made her the musical icon she is today. Watch her belt the monster hit “Defying Gravity” at the 58th Annual Tony Awards. With a performance this epic, it’s no surprise she took home the award for best actress in a musical that year.

“Dreamgirls” Jennifer Holliday (1982)
You know when a performance is so incredible and emotional that it brings tears to your eyes? Well, this is it. At the 1982 Tonys, Jennifer Holliday gives her everything while performing “And I’m Telling You I’m Not Going” from “Dreamgirls.” You bet she won the best actress award that year!

“Jersey Boys,” John Lloyd Young and Company (2006)
The original Four Seasons were there to announce this amazing performance, led by John Lloyd Young (Frankie Valli). Singing the classic Four Seasons songs “Can’t Take My Eyes Off You,” and “Who Loves You,” the cast shows off why it deserved best musical of the year. Young won the best actor Tony for his incredible portrayal of Valli and nearly identical voice. Young will be back in just a few months, reprising the role for the 2014 film adaptation.