#MeToo: The Voiceover Coach Who Exploited His Power and Trust 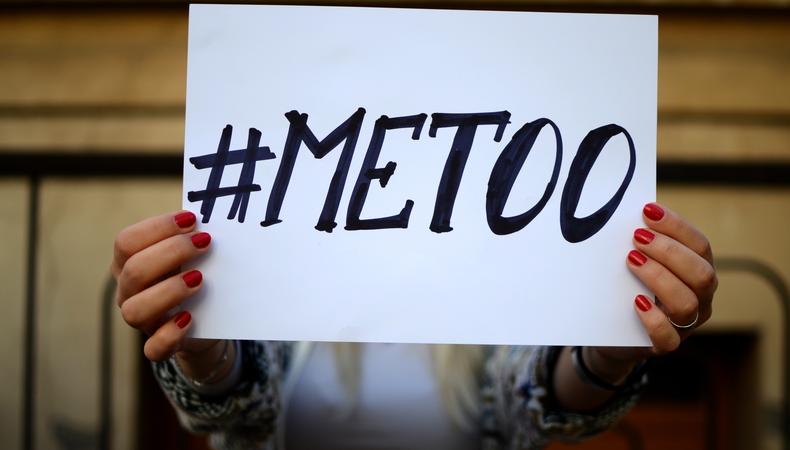 Editor’s note: This article is written by Heather Costa, Elizabeth Rosen, and Sara Farrington to shed light on the recent allegations of sexual assault and harassment against a prominent member of the New York voiceover community, Peter Rofe. For the sake of full disclosure, we feel it’s important to let readers know that Rofe was, at one point, affiliated with Backstage as a writer. Since learning of these allegations, Backstage cut ties with Rofe and he has not been associated with the publication since.

As performance artists, we are taught by teachers, coaches, and directors to tap into our own vulnerability, something that requires an enormous amount of trust. In the case of New York voiceover coach Peter Rofe, that position of power and trust was exploited for decades. Until now.

On Feb. 8, 2018, CNN published an article detailing the accounts of many of his victims, the healing they’ve found from connecting, and finally outing Rofe as a sexual predator. Since the story broke, more women have come forward. A total of 57 victims have connected and told their stories, finding solidarity in their traumatic experiences.

While the dates of the assaults span from 1999 to 2017 and every woman’s story is unique, the calculated tactics he employed to groom, coerce, and manipulate his victims are eerily similar: His choice of overtly sexual scripts, hammering that “sex sells,” repeatedly pointing out that voice acting is “no different” than stage or film acting, and shaming women for not going far enough outside their instinctive comfort zones are some examples of what he routinely employed. Rofe’s acts range from sexual harassment and verbal abuse to sexual assault of his female clients, including groping, forced kissing, exposing himself, stripping naked, demanding that clients strip naked, barricading himself nude in a locked office or sound booth with clients, masturbating in front of clients, and many more acts of unwanted physical violations.

As Heather Costa shares, “My story began in 2008 when I went to Peter Rofe after a glowing recommendation of his abilities as a voiceover coach and demo producer. It was a turning point in my career and I was ready to take that next step. Looking back on that experience with Rofe, he was very calculated and manipulative and over the course of multiple sessions together, he became bolder in his actions until he went too far, and his boldness turned into sexual assault. In the moment, my brain was telling me something wasn’t right but it didn’t make sense as to what was actually happening. It felt almost as if time slowed down and all the while I’m thinking I’m not reciprocating this, I’m in control. In hindsight, I wasn’t. It took years for me to fully understand what happened in that room, and to stop blaming myself for what he did. When you experience a situation such as this, you’re left to question and doubt yourself. Then when the predator acts as if it’s normal or you’re at fault, you quickly believe it. Now, we are taking that power back.”

The day #metoo happened, everything changed. In October of last year, Elizabeth Laime posted her story on Facebook about Rofe assaulting her in 2005. From her came others; soon there were ten, then sixteen, then thirty, then nearly sixty. They believe there are many more, too. They created a private Facebook group where the women Rofe sexually assaulted were invited to share their stories, find support, and work toward stopping this from ever happening to anyone again.

The group has had an enormous impact on many women who thought they were alone. Sara Asselin explains, “For many of us, Peter Rofe came as a glowing recommendation from agents, friends, teachers, and people in the industry. We were told he would produce a great demo for us and coach us into a lucrative VO career. This was a turning point in our careers, a next step, someone we were investing a large amount of money, energy, and trust into. Because of this investment, Rofe’s increasing manipulation and disgusting behavior over the course of our coaching and recording sessions was often overlooked. Questions like, Is this normal? Is this really happening? Did I bring this on? Am I the only one he did this to? plagued us. We didn’t want it to be true. We didn’t want our own sense of reality and instinct to come into question. But here it had, and here we were, all of us physically and psychologically hurt and blaming ourselves for what were the actions of a man out only for power and his own arousal. Today we are taking that power back.”

The New York Police Department is investigating these accusations and searching to find someone within the statute of limitations. Despite multiple attempts by media sources, Rofe has declined to comment. It is the women’s hope that by sharing their stories, it will give other women he has sexually assaulted the strength to also come forward, and warn others who may have unknowingly become victims of his in the future. If you have a story you’d like to share privately with them, please email [email protected]. If you believe someone has acted inappropriately towards you or someone you know, you can find available resources here.

Jamie Muffett of VO School Podcast has offered to help warn others about this sexual predator. Below is the latest episode of the podcast featuring five of the incredibly strong women Peter Rofe assaulted, sharing their story.

Jamie Muffett
Jamie Muffett is a British voice actor and podcast producer based in Philadelphia. Jamie is best known for playing Thatcher in “Rainbow Six Siege” and has voiced for clients including NBC, ESPN, Warner Brothers, Microsoft, and National Geographic. He also produces Backstage’s “In The Envelope” podcast. For more information: JamieMuffettVO.com.
END_OF_DOCUMENT_TOKEN_TO_BE_REPLACED