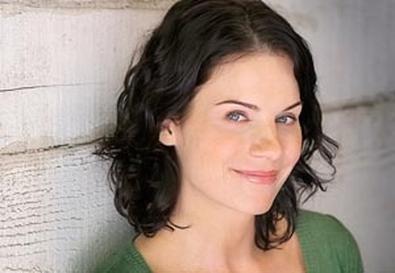 In our fast-moving film, television, and theater industry, we actors are continually asked for "quick results." We must be emotionally available, learn our lines rapidly, and fill our characters with the objectives and desires of a multilayered human being—all without much preparation time. Now more than ever, the deciding factor in a successful audition or performance is the actor's ability to call upon focused inspiration at a moment's notice. After all, inspiration leads to real, organic, surprising, fresh performances. How is such focused inspiration readily achieved? It was Michael Chekhov's lifelong endeavor to answer this question.

Chekhov was a world-renowned early-20th-century Russian actor, nephew to the famed playwright Anton. He was a true chameleon, mesmerizing audiences by making consistently bold choices and disappearing into fully fleshed-out, unique characters. Chekhov was openly praised by Konstantin Stanislavsky as his most brilliant student and was highly respected by Group Theatre luminaries such as Stella Adler, Sanford Meisner, Lee Strasberg, and Harold Clurman. He developed his ideas on acting in such influential books as "To the Actor" and became the acting coach of many Hollywood stars of his day. The technique he eventually developed has been praised by Jack Nicholson, Anthony Hopkins, Johnny Depp, and Clint Eastwood, to name a few.

Although most acting techniques search for gateways to the actor's inspiration, no other technique seems to have "inspired acting" at its center. Chekhov proved that inspiration is not something vague that we need to wait for; rather, we can coax and invite it in. Thanks to his well-documented psychophysical exercises, this inspiration is available to us today.

Thinking With Your Body

For me, probably the biggest difference between Chekhov's technique and other techniques lies in the almost immediate effect it has on the actor's imagination and physicality. There is very little talking or intellectualizing; the focus is on the actual doing and experiencing "on your feet" right away. Through different psychophysical exercises, actors quickly start developing a sensation of inspiration and learn to trust their own artistic individuality. All the while, they are also discovering ways to bypass mental acting blocks and preconditioned ideas of themselves, other people, or acting in general.

Using a holistic approach, the Chekhov technique emphasizes synergy between the body, imagination, emotions, and intellect. It also treats the actor as an artist, supporting the most valuable, vulnerable area in the actor: his or her creative individuality. In the Chekhov technique, this creative area, from which all artistic impulses rise, is located in the center of the chest. It is also the area where we feel the uplifting and expansive sensations of love and empathy, which both have a large role in Chekhov's teachings. By simply acknowledging this artistic center and opening it, inspiration begins inside us.

Some of the biggest realizations about the art of inspiration can occur during the most uninspired moments. One example of this happened to me on a film shoot some years back. We were far behind schedule, running out of daylight, with a skeleton crew and a director who had very little understanding of or respect for an actor's process. During a pivotal moment in the film, without warning, the director decided to change the tone of the scene. He told me, "Now, instead of being enraged, cry a single tear out of one eye only—preferably your left, because it's closer to the camera. Action!"

The new direction came so quickly that there was no time for preparation. The camera was rolling, and I stood stupefied, knowing that the light was disappearing and we might only have this one take to "get it right." I was filled with rage and confusion. What an unreasonable request! The only way I knew that I could give an inspired performance, find unwavering focus, and create such specificity of form as "one tear from the left eye" organically in the moment was to call upon what I had learnt in my Michael Chekhov technique training.

I focused upon the sensation of falling downward in the center of my chest, allowing the energetic movement of confusion and rage to transform into despair that flooded through me like a tsunami. As soon as I accepted the sensation in my body, it strengthened. I imagined that the flood could be released only through my left eye. I was filled with images and sensations that grew throughout the scene. The tear came from the left eye, but I didn't even notice it, as inspiration had already taken over! Lesson learned: Everything is possible if I know how and where to focus to invite inspiration.

What draws me to the Chekhov technique is not only its ability to empower and inspire actors, but also the help it offers in the creation of nuanced, multileveled characters. Nowhere is this technique more vital and more helpful than in the confusing marketplace of today, where an actor is continually asked to "just be yourself." But isn't it the transformation, the "becoming someone else," where all the fun and the art of acting is?

According to Chekhov, "the actor must divorce his own personality and mannerism from those of the character, and give himself over completely to the will, feelings, habits, and appearance of the character." Chekhov advises the actor to let go of his or her own ego so that the character's ego can take over. He says that if the character is trapped inside the actor, it will always be imprisoned within the actor's mannerisms—and character ends up being limited by the actor's personality. He talks about characters having "a will of their own." So, according to Chekhov, we should never attempt to be "just ourselves" when acting, but rather we should, via our imagination, "cross the threshold" into an artistic realm—transforming first into an actor who is capable of anything, and then transforming into character.

As a Michael Chekhov actor, you would never enter an audition as "yourself." You would cross the threshold into your artistic realm, where you are free of your inner critic and any cynicism, doubt, or ego-based fears. This part of the technique serves well as a starting point for all creative work (as well as a tool for actors who get anxious in auditions or experience stage fright). From here, all the choices that you make can become those of your character. The energetic charge in your actions, the "how" with which you do things (the quality of your movements), becomes the presence that articulates your inner emotional life and your current circumstances. You are no longer just you—you have become an artist and a creator of character.

Although the techniques that Chekhov left us are precise and well-proven, he was never didactic. For him, many acting techniques offered great value: "Why be narrow-minded, why cut ourselves off from any of these rich heritages when…we have the freedom to make the most of the best in all techniques? There are no prohibitions against it. All it takes is a little wisdom, imagination, and courageous experimentation." These words are so typical of the humble yet brilliant teacher who showed so many of us the path to inspiration.

Marjo-Riikka Makela is a director, master teacher, acting coach, and professional actor. She is the artistic director and acting and audition coach at the Chekhov Studio International in Los Angeles. She is a company member of The Actors' Gang and has extensive stage credits in Europe. Her favorite roles in the U.S. include Medea under the direction of David Bridel, Yelena in "Uncle Vanya" at the Classic Stage Company in NYC, and her work with Sarah Kane and Andrei Malaev-Babel at the Stanislavsky Theatre Studio in Washington, D.C. She will be conducting the intensive "The Michael Chekhov Technique: An Alternative to the Method" at Back Stage's trade show Actorfest LA on Sat., Nov. 5. For more information, visit www.actorfest.com.