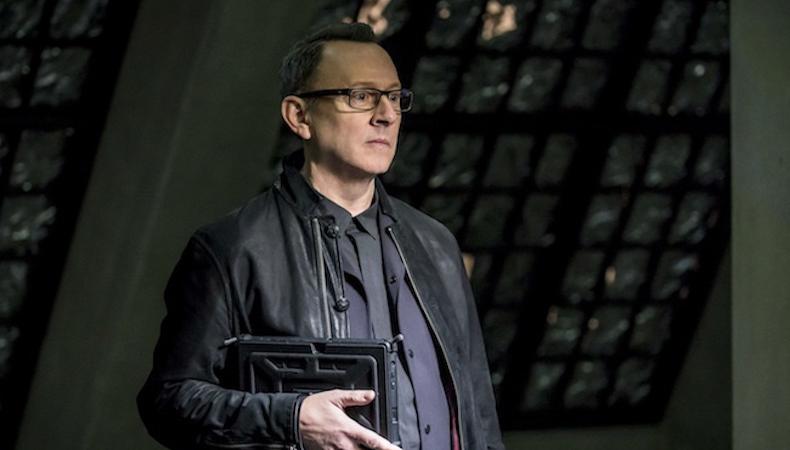 After the one-two punch of starring on “Lost” and “Person of Interest,” Emmy winner Michael Emerson said he’s happy taking a break from network TV’s arduous schedule. But that hardly means he’s in want of acting work. “I’ve appreciated being semiemployed lately and getting a chance to pick and choose and bounce around,” he said. He recently sat with Backstage to chat about his latest guest arcs on “Arrow” and “Mozart in the Jungle” and more. Here are some of his key tips:

Learn to own the roles you land.
“[As character actors,] we take loads of these small parts, often interesting but possibly one-off or a two- or three-episode arc. But if you can play it well enough, your dream could come true and you could become a regular on that series. Just be quiet and keep your head down and know your lines. Come on time. Be a problem-solver. If you got a job at all, you got it the hard way, so take pride in that and be ready to be flexible. Take direction, turn on a dime, completely change the way you’re playing a scene if they want you to. It’s just acting. Do all of that, and you’ll make friends, and some of those friends will employ you.”

Let your nonacting life inform your acting one.
“I was a magazine illustrator for many years before I became an actor, and I used to think, ‘Oh god, all those wasted years!’ But now I think it’s just been one big enterprise of illustrating. I used to do it with colored pencils, and now I do it with this voice and this set of limbs.”

Read: 6 Secrets to Building an Acting Career from Michael Emerson

Do what you love and do it for the right reasons.
“If you love [acting], just do it. It doesn’t have to become your living, [but] we should do the things that we love to do. It’s a good idea to be patient with yourself and to repeat this mantra regularly: It is not a race. You’re not competing with anyone to get to wherever it is. By the time I finally found my way back to the stage, I had to give up on the idea of ever being a youthful sensation or anything like that. That was a ship that had sailed long ago, so mine was going to be a different kind of career. And I would say to people, if you love to act, what if you got your break when you were 55? Could you wait that long? I was 42 when I started to make my living as an actor.”

Know your worth.
“This is this thing I harp on: Sometimes acting can be a self-defeating psychological enterprise if we feel like we’re desperate, if we feel like we’re beggars at the door, praying that someone will take pity on us and give us a job. It would be so much better to feel like we’re tradesmen.... We should have manners and all, but come in as an equal and think of yourself as their collaborator, [and] I think it might go a little ways to allaying your jitters.”

You don’t always have to be off-book.
“Over the course of 20 years, the pendulum swung back and forth. There were times when I thought I had to be completely off-book and ready to give my opening night performance at the audition, but then I swung back to a more relaxed view of it. Certainly you’ve looked at the material and prepared it, but there’s no reason to be off-book. You’re not getting points for being off-book. Better to be on-book and be flexible and be able to listen instead of being in a state of mental terror that you’re going to forget the words. So just be there, be ready to stop, shift gears, play a different intention, whatever. Just be present, sane, and relaxed in the room.”

On that ‘Lost’ finale.
“I don’t know why it’s so controversial. I think it’s a beautiful ending and I think it’s the only possible ending for that far-flung narrative. Every show, the way it’s told, the kind of narrative it has determines its own ending. And ‘Lost’ was a show that seemed to me to explode out from the center in all different directions with different characters and character narratives. And also, it played around with time and space, dimensionality, all of that. So the only thing to do if you’re forced to wrap it up is to bring it back to the center. So to come back to Jack, to his spiritual awakening, to his challenge, and to end it on a spiritual or esoteric note. And I thought they did well to be mindful of William Shakespeare who at the end of his comedies always has all the appropriate pairings walk off into a happy hereafter. And that’s what I think they did. That chapel space was the vestibule to the afterlife, and everybody found their mirror redeemer and they walked off in pairs—except Benjamin Linus.”

Want to star on the small screen? Check out Backstage’s TV audition listings!

Benjamin Lindsay
Benjamin Lindsay is managing editor at Backstage, where if you’re reading it in our magazine, he’s written or edited it first. He’s also producer and host of a number of our digital interview series, including our inaugural on-camera segment, Backstage Live.
END_OF_DOCUMENT_TOKEN_TO_BE_REPLACED