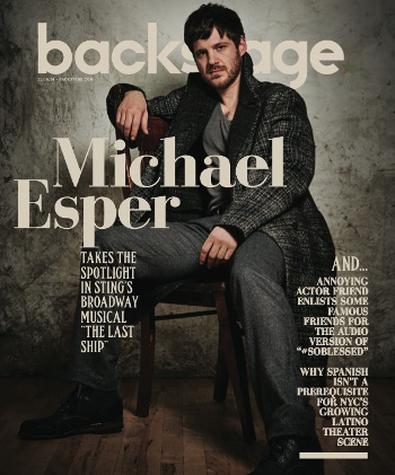 As the son of renowned acting coaches, Michael Esper spent his childhood immersed in the theater. He describes the influence of his parents, founders of the William Esper Studio, as “so massive. It probably can’t be overstated. Some of my earliest memories are watching my father’s productions of plays, watching my godfather play Hamlet’s ghost, watching my mom play Arkadina in ‘The Seagull,’ listening to actors do repetition exercises through the walls of the studio.” Esper is the first to acknowledge that having family in the business can be tricky. Was there an expectation, unspoken or otherwise, that he would continue their legacy?

Much like Gideon, the character he’s playing in Sting’s new Broadway musical, “The Last Ship,” Esper grappled with that question. Conflicted and restless, Gideon leaves his hometown of Wallsend in defiance of his roots, only to return after his father’s death to help revive the community’s crumbling shipbuilding industry. In many ways, Esper’s acting journey reflects that of this prodigal son with one exception—he was never pressured to follow in his father’s footsteps. “My dad told me a story about Sandy Meisner once where he said, ‘I think Michael might want to be an actor.’ And Sandy said, ‘You have nothing to say about it.’ ”

But Esper’s childhood enchantment with the craft took a blow in high school when, determined to dip his toe into the professional acting world, he endured nightmare audition after nightmare audition. Outside the comforting world of his parents, he admits, “I didn’t know who I was in those rooms, I didn’t know how to behave. The whole thing kind of made me want to die.” Mostly it came down to a poisonous belief that he had to be someone he wasn’t, a teenage struggle to identify true purpose. “The advice of just being yourself wasn’t all that helpful because I didn’t know who the fuck that was either.” 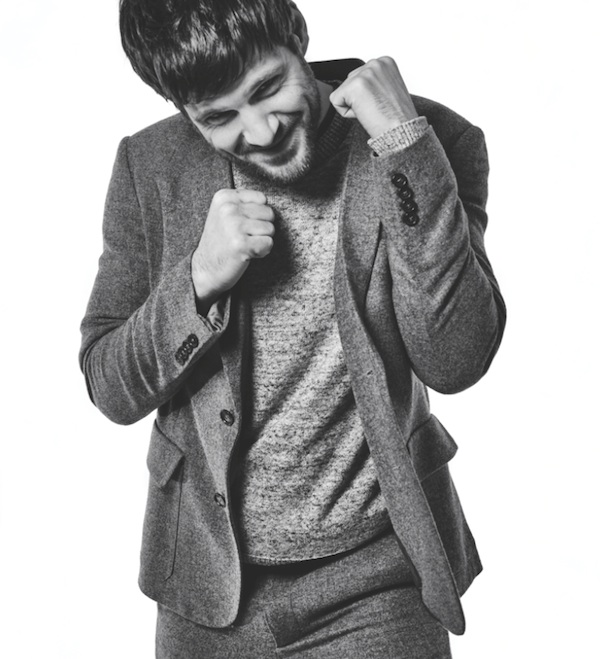 Yearning to branch out into music and writing, he enrolled at Oberlin College for a year that ended up, as he puts it, “kind of a train wreck.” After an advisor recommended taking a year off, Esper signed up for a summer class at his parents’ studio for lack of anything better to do. “And as soon as I started doing that work, I knew I was screwed,” he says with a laugh. “Something clicked in me that was different.” Esper transferred to Rutgers as a sophomore to study acting full-time. He knew, for the first time beyond a doubt, it was in his bones.

Maybe that’s why Gideon resonated with him so clearly. “On some level I am daydreaming about the show all the time,” he says. “It’s something you can carry around with you, a secret imaginary thing.” That daydreaming pays off onstage, as Esper offsets his character’s tough-guy armor with a delicate vulnerability that makes each step of his inner odyssey reverberate.

“He discovers throughout the course of the play how desperate he is for connection with other people, for community, for reconciliation with his father, for resolution with the love of his life,” he says, relishing the challenge of leading Gideon through each revelation organically. “The discoveries are there in the piece already; all I have to do is allow myself to encounter them.”

Recalling the show’s development, from workshops with Sting and writers John Logan and Brian Yorkey to the Broadway tryout in Chicago, Esper is quick to mention the stellar direction of Tony winner Joe Mantello: “He’s so extraordinary. Such an incredible eye. That’s some Jedi shit.” 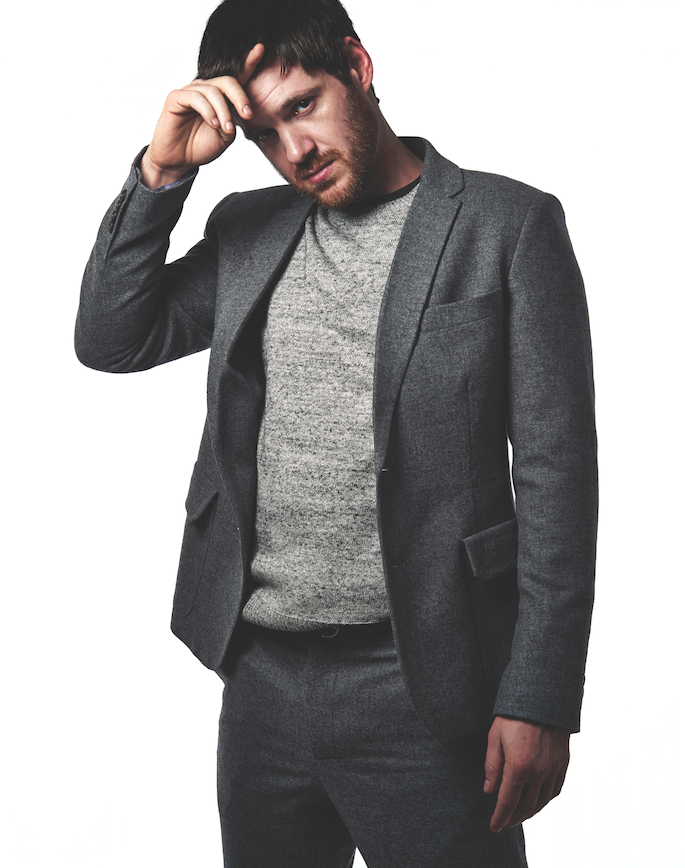 For his part, Mantello describes Esper as “one of those rare creatures” who is equally comfortable performing both plays and musicals. “What I like about Michael is he always works at 100 percent,” says Mantello. Between the Chicago and New York productions, the team worked to find more nuance in Gideon’s arc. According to Mantello, no one was more instrumental in implementing changes than Esper himself. “You don’t have to wait for him to kind of dredge something up that will emerge sometime within rehearsal. He’s bold and he makes strong choices.... He’s the consummate actor.”

Esper approaches each of his characters, from his guest role on “Nurse Jackie” to the acclaimed Broadway productions of “American Idiot” and “The Lyons,” with that level of commitment. His upbringing in the Meisner method, he explains, provides “an incredible set of tools that you can apply to any type of work.” By starting with the most basic fundamentals—the act of listening, repeating, and reacting honestly—and then building element upon element—the reality of doing, imaginary circumstances—Esper hopes to achieve the kind of effortless performance technique exhibited by his acting idols. “There’s a dangerous thought that it should be without struggle, especially when you see someone who’s really great and they make it seem so easy. It’s wonderful to be reminded that it’s OK that it’s hard.”

Citing Cherry Jones’ alleged stage fright during her work in “A Moon for the Misbegotten,” Esper reveals an obsession with stories of struggle, doubt, and tanked auditions. “I saw her in that show and she was un-fucking-believable. I just can’t hear enough of ‘I was scared and I did it anyway and it was OK.’ ” He mulls it over for a moment. “That’s the world I have to live in. Otherwise I can’t do it. If you can’t be scared and do it anyway and still be good, then I’ve gotta find something else to do.”

For now, the stage is where Esper belongs. Looking back on those high school and Oberlin years, he admits to a fear held by actors everywhere: that there was no room in the industry for precisely who he was. “Expressing yourself is scary,” he says. “Not for everybody, maybe. But it is for me.” Factor in the competitive world of auditioning, the lack of stability, and the brutal rejections, and the profession becomes downright terrifying.

Submerging himself in worlds such as that of “The Last Ship” is Esper’s therapeutic way of combating those fears. “The greatest protection you have against all of that is the love of what you’re making,” he advises. “Let the person you’re playing guide you. The more about me I’m making it, the more scared I am.... Ego’s a bitch.” Like the doubts that plague Gideon’s roundabout voyage, it took periods of uncertainty and self-discovery for Esper to recognize that passion.

“I think getting lost is good. Getting lost is really helpful and important. That period of time where you really have no idea what you’re doing and you don’t know who you are, where you are, what you’re saying—I feel like that period can lead to a lot of important discoveries, asking questions and doing work you might not do otherwise. You can come out the other side of a period like that more grounded and with a deeper understanding of what you’re making and doing.”

Jack Smart
Jack Smart is the awards editor at Backstage, where he covers all things Emmy, SAG, Oscar, and Tony Awards. He also produces and hosts Backstage’s awards podcast “In the Envelope” and has interviewed some of the biggest stars of stage and screen.
END_OF_DOCUMENT_TOKEN_TO_BE_REPLACED