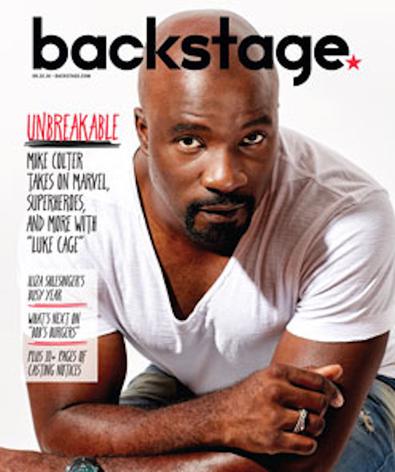 If you ask Mike Colter whether he’s “made it” as an actor, he tends to smile and dodge the question.

“I think in a career you have several breaks that lead to a big break,” he says. “Small things here and there all add up to cracking away at the dam. Then the dam breaks.”

When Colter was cast in the 2015 Netflix series “Jessica Jones” as indestructible Marvel comic icon Luke Cage—to be followed by his own vehicle, “Luke Cage” (dropping on Netflix Sept. 30), plus 2017’s “The Defenders”—he was reluctant to celebrate. “It’s a part of my DNA that I’ve never really taken time to revel in success,” he explains. Acting has been his calling since age 8, when he announced sports scores over the intercom at his South Carolina school. But that doesn’t mean that with each milestone he’s immune to doubts. “Being the cautious person I am, I’m always like, ‘Oh boy, what have I gotten myself into?’ I’m always waiting for the other shoe.”

Caution is a natural response for any working actor who’s experienced rejection or dry spells. “It’s really hard to chart your career,” Colter says, pointing to his acting MFA from Rutgers University’s Mason Gross School of the Arts followed by years of waiting tables in New York City—until Clint Eastwood’s “Million Dollar Baby,” the 2005 Off-Broadway production of “A Soldier’s Play,” and a recurring role on “The Good Wife” helped pave the winding road to TV leading man. “It’s always a surprise. I never saw myself playing a superhero! You never know.”

There’s also the tendency for ambitious artists to adopt a grass-is-always-greener approach. “I think all actors, when they’re not working, say, ‘If I can get to this point where I’m working on a consistent basis, I’ll be happy.’ Of course then if that happens for you and you’re lucky, you find some other reason to complain. There’s a joke: ‘If you want to hear an actor complain, give him a job.’ ”

Colter, it should be said, is far from complaining. He’s gracious and easygoing in person, overflowing with practical advice. Actors, he says, should have a reason for pursuing each potential gig. “Either the job is something you’re passionate about or it’s the money or it moves the needle—and that just means it’s a different role or challenge that’s going to progress your career.” 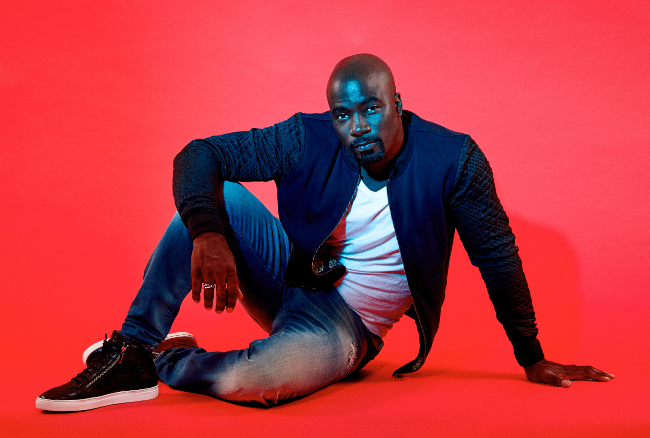 Moving the needle also means gravitating toward parts that shake up people’s perceptions of you. After casting director Phyllis Huffman booked him for a boxing role in “Million Dollar Baby” (“I didn’t know how to box at the time—I lied and said I could!”), he avoided being pigeonholed in more athlete roles. In the entertainment industry, to advance is to evolve; with each new performance, Colter’s talent grows. “Talk to me in five years, you’ll be surprised,” he says. “I could be an opera singer if I just put my mind to it.”

In fact, Colter worried about pigeonholing upon first hearing about the Netflix–Marvel adaptation. “I wasn’t thinking about roles that were physically intimidating,” he remembers. “I was trying to stay away from that stuff. But this came along and it was so interesting. Normally they say, ‘Big, black, bald guy who’s intimidating...’ There’s [usually] very little dialogue and not much development, not much range. I was like, This is probably not going to be good.” But reading Melissa Rosenberg’s “Jessica Jones” script, and later Cheo Hodari Coker’s “Luke Cage,” he was both surprised and intrigued by the writer-producers’ nuance.

Plus, Colter couldn’t deny a certain resemblance to his comic book counterpart, even in terms of temperament. “He doesn’t want anybody paying attention to him, to focus on him,” he says, a fitting description for the actor himself. “He wants to be left alone. He wouldn’t have social media, and neither do I. He wouldn’t want to have people make a fuss over him.” There’s also his capacity for empathy and intense compassion. “Because he cares a lot, he’d rather not engage.”

Both Luke Cage and Jessica Jones (Krysten Ritter) deviate from today’s TV antihero trope in that they’re reluctant vigilantes who struggle to accept the responsibility superpowers bring. But whereas the feminist Jessica faced a sadistic rapist with mind control abilities, Luke’s enemies in Harlem are ordinary gangsters, dirty cops, and politicians. When a mobster named Cottonmouth (Mahershala Ali) and his cousin, local councilwoman Mariah Dillard (Alfre Woodard), become too corrupt to ignore, Luke must learn to see his super strength and unbreakable skin as weapon rather than burden.

“He doesn’t understand the need to step up and be a symbol or a role model,” says Colter of his character. Yet his superhero costume of choice—Luke dons a hoodie at the end of the premiere episode—makes him symbolic on multiple levels. “Externally, visually, you could say maybe he’s a criminal because of the perception of society: he has a hoodie on, he is a large, black man, he’s mysterious and doesn’t say much. He’s not trying to be approachable or make you comfortable. Does that mean he’s a danger? That he should be shot because he’s not walking around smiling? No. It just means he’s a person who’s thinking, who’s got some stuff going on.”

It’s no coincidence that the hooded Luke, the only black superhero on big or small screens right now, is bulletproof; with high-profile cases of police brutality and gun violence toward African-Americans in today’s news, this series resonates almost as mythic fantasy. “You couldn’t time it any better,” says Colter, noting that the show’s development began prior to widespread discussions of racist violence. “In a sense, Luke Cage is taking bullets for the community. It’s almost saint-like.” 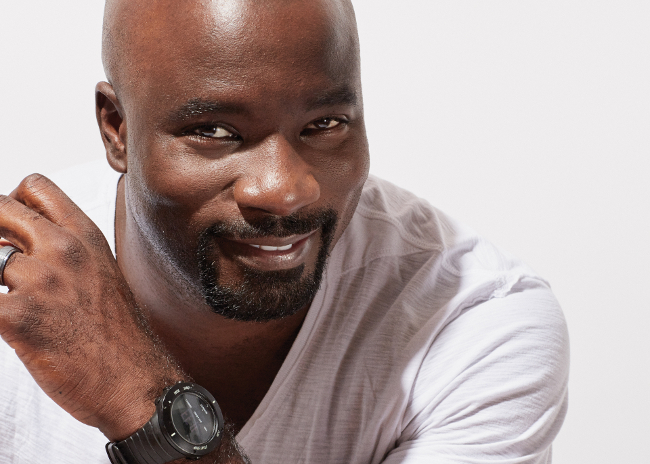 Sure, “Luke Cage” is an action-packed comic book series and can be viewed that way, he adds. But Colter knows the influence pop culture has on our collective consciousness. “Assumptions are reinforced by television,” he says, “unfortunately by some of these shows we actors do that are interesting work but that reinforce stereotypes. That’s something we have to try to rectify because knowing black people through the lens of a show is very different from knowing people personally.” He praises 1970s sitcom “Sanford and Son” and ABC’s hit “Black-ish” as examples of stories that deepen onscreen portrayals of the African-American experience. “In a very real way we have to make black Americans more approachable—and not just what we do on television but in reality, in the community.”

It’s a personal mission in line with Colter’s motto: Take on work that interests you or that moves that proverbial needle. “I want to do [my career] on my terms,” he states. “Otherwise I’m done.” As with most actors faced with limited jobs and plenty of competition, it can be tempting to go for those stereotypical or typecast roles. “I was going to walk away from this business,” Colter remembers, until he began auditioning only for the kinds of projects that expanded his talent, surprised the powers that be, and enabled him to quit waiting tables.

Funnily enough, a commercial for a DVD mailing service coincided with his launch into steadier, more substantial work. That’s right: Luke Cage helped promote Netflix long before “Luke Cage,” along with several other random advertising gigs. “My commercials ran and luckily I was in costume for most of them so people didn’t recognize me,” says Colter with a laugh. “I’m not going to tell you which ones because you could pull them up!

“It’s a strange business. I always make a joke: Don’t look into the future, it’s too bright. That’s as positive as I can be.”

Ready to land your own Netflix gig? Check out our television audition listings!

Jack Smart
Jack Smart is the awards editor at Backstage, where he covers all things Emmy, SAG, Oscar, and Tony Awards. He also produces and hosts Backstage’s awards podcast “In the Envelope” and has interviewed some of the biggest stars of stage and screen.
END_OF_DOCUMENT_TOKEN_TO_BE_REPLACED