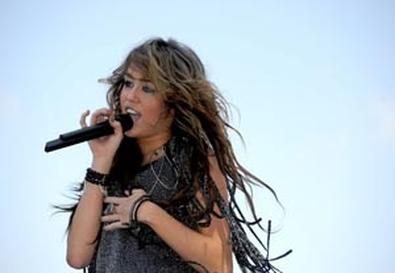 Photo Source: Getty Images
TYBEE ISLAND, Ga. – Tybee Island has landed a starring role in the new Miley Cyrus movie, and audiences seeing the film next year won't have to wait for the credits to find out the name of the beach town filling the screen.

Location managers for the movie "The Last Song," which starts filming on Tybee next week, told residents at a town meeting Monday that the island proved too unique to masquerade as Wrightsville Beach, N.C.

Novelist Nicholas Sparks, who wrote the movie's script, initially set the story in Wrightsville and Wilmington, N.C. But filmmakers persuaded him to change the location to Tybee Island and neighboring Savannah so they could include local landmarks such as the island's towering lighthouse and the oak-shaded squares in Savannah's historic district.

"We had a hard time trying to hide the fact that this was Tybee and Savannah was Savannah," Bass Hampton, the film's location director, told about 80 residents at Tybee city hall.

The movie features 16-year-old Cyrus, the star of "Hannah Montana," as a teenage girl struggling with her parents' divorce who tries to reconnect with her father during a summer at his home in a quiet beach town.

Filming starts Monday on Tybee Island, 12 miles east of Savannah, and is expected to stretch into mid-August.

The Walt Disney Co. had considered making the film in North Carolina, but ultimately chose Georgia because the state offered a better incentive package. Local officials estimate the production will bring $8 million in direct spending to the area during the next two months.

Having Tybee Island's name on the screen — on signs for a beach festival and emblazoned on police cars and fire trucks — should make for an even bigger payday after the movie hits theaters in 2010, said Diane Schleicher, Tybee's city manager.

"When the film releases, the impact on the economy here is going to be immense," Schleicher said.

Still, there will be some drawbacks for the island's 3,400 residents.

Hampton said filmmakers will spend several days shooting at the island's fishing pier, which will mean closing the attraction to visitors periodically, and roadblocks will go up around the beach house being used as a location.

Tybee resident Monty Parks, who opened an Internet cafe near the pier a few months ago, said he hopes to sell plenty of lattes to the film crew and gawking tourists.

"If you're somebody who wants Tybee to stay out of the limelight, you're going to be broken-hearted," Parks said. "I think there's going to be a lot of people here. It's going to be great for me."

Copyright 2008 Associated Press. All rights reserved. This material may not be published, broadcast, rewritten, or redistributed.