Missi Pyle: On a Quest

We dare you to find a contemporary comedic presence as fearless, distinctive, and lacking in vanity as Missi Pyle. Sure, other actors might be able to play menacing, monobrowed dodgeball champions or slightly demented rich-bitch Tae Bo addicts, but Pyle doesn't merely play these roles; she inhabits them with a fearless, deep-seated conviction you can see in her eyes.

Pyle has shown that understanding in a slew of memorable movie turns, standing toe-to-toe with comedic greats Ben Stiller and Steve Martin—often stealing scenes from under them. She was a beautifully spazzy Alexandra Cabot in Josie and the Pussycats, an over-the-top socialite snob in Bringing Down the House, and a fanged Amazonian athlete in Dodgeball: A True Underdog Story. Pyle never turns these roles into cartoons, but there's something manic and slightly untamed about her comedic energy—once you see her in a role, you can't quite imagine anyone else playing it. "I love that she's really tall, she's so striking, she's attractive, and yet…she'd be happy to make a complete ass of herself," says casting director Debra Zane, who cast Pyle in Galaxy Quest.

Pyle, who honed her comedic chops via standup and her all-female sketch comedy group Bitches Funny, can be seen this month playing another outlandish role: the mother of gum-loving Violet Beauregarde in Tim Burton's Charlie and the Chocolate Factory. "My character's sort of an overbearing stage mother who's living out her life through her child," says Pyle. "What's interesting is that I've worked with a lot of children in the last few years, and it's funny to play a character who is a stage mother, and then to be around stage mothers as you're playing a stage mother."

Pyle has a tendency to disappear into these full-tilt comic personas; but, chatting with her on the phone, there's a refreshingly genuine, down-to-earth quality that comes through. For example, she casually tosses off that she doesn't think she's taken a good headshot since 1996. "I feel more comfortable when I'm somebody else, I think. When I'm taking a picture as myself, the whole idea of taking a headshot, to me, feels very false," she says. "I mean, I've gotten better. The thing about living in Los Angeles and doing a lot of movies is that you get to go to a lot of premieres, and, regardless of whether or not you're a celebrity, you still get to walk down the red carpet and then have everyone sort of screaming your name. The pictures never get printed anywhere, but they are nonetheless taking your picture. So I've sort of gotten better at [it], but I just feel very awkward when I take pictures, and then they end up not being very good. It's not as if I hate headshots; I just haven't seemed to have taken a good one since 1996."

Born in Texas and raised there and in Tennessee, Pyle hails from a decidedly nonshowbiz family. "My family is not at all involved in television, or film, or theatre, or any of it, really," she says. "They're sort of Southern Baptist musicians, and everyone is interested in performing, but more in the church." Pyle attended Germantown High School in Tennessee. "I owe a lot of everything—the performer I am today—to my high school theatre director, Mr. Bluestein," she says sincerely. "He [played] a very, very influential part in my life and a lot of other people who went to that school. We all sort of performed at our peak. I sometimes wonder if I peaked in high school." The actor went to North Carolina School of the Arts and The Oxford School of Drama in England before moving to New York to pursue theatre. One of her first big roles was opposite John Malkovich in Steppenwolf Theatre Company's The Libertine, a part she got thanks to a good old-fashioned audition. "It was a tremendous part, and it was like nothing I do now," she says. "I had all these huge dramatic scenes with John Malkovich. He was the only person I acted with, and I was one of the leads," she remembers. "I was, I think, 23 at the time. That was kind of crazy."

Pyle's "small big break" came in 1999, when she landed the role of Thermian alien Laliari in the sci-fi comedy Galaxy Quest. Zane says the role was cast late in the process; the filmmakers had a difficult time finding a woman who could "be Thermian" in the same way as actors Enrico Colantoni, Rainn Wilson, and Jed Rees. Pyle remembers that Zane showed her the first minute of Rees' audition, to give her a sense of the tone the filmmakers were looking for. "Missi saw it and got it immediately," says Zane. "And then we came into the audition room, and we taped her, and she was so great that when I sent the audition tape to Dean Parisot, the director, on her picture and résumé, I put a little Post-it…. I actually made a Xeroxed copy of my Casting Society of America membership card, and I said, 'If this is not Laliari, I will resign from the CSA.'"

Sporting a severe black wig and a wide-eyed expression, Pyle made an indelible impression; her role was even expanded once filming began. "There wasn't another woman in the movie other than Sigourney Weaver, and they were, like, 'Well, let's create a love interest between this character and the Tony Shalhoub character,'" says Pyle. "It required about 20 extra seconds of footage. We never speak to one another; I kiss him, I look at him, and our hands touch, and then I'm just sort of in the background for the rest of the movie, but it was super exciting. What was supposed to be just two scenes ended up being sort of a run through the whole movie."

Pyle's scene-stealing Galaxy Quest performance should have immediately landed her a spot in Hollywood's comedic Rolodex, but Pyle says she's booked many of her roles for a different reason. "A lot of jobs that I've gotten have been because they couldn't make it work with somebody else," she says. "People will go into an audition and a casting situation, and they'll see someone across the room that's perhaps slightly famous, or famous, and they think, 'Oh God, I'm not gonna get the part.' And the fact is, most of the time, they can't make that person's deal work, or they don't have enough money to hire that person, or that person's just busy doing something else."

Case in point: Pyle says the role she's currently working on came about after the filmmakers tried to get another actor and it didn't work out. The movie, Stormbreaker, is based on a British series of children's books about a teenage spy. Pyle plays a "very sterile, kind of severe German woman," the sidekick to the film's arch-villain (Mickey Rourke). "I got an offer for [the part] without having to audition for it; I actually got the offer and accepted the job before I read [the script]," she says. "I had some ideas about what it was. Then I read it, and I was, like, 'Oh, okay, I know exactly why they would have hired me for this part.'" Like so many of Pyle's other roles, the character is "slightly larger than life."

Pyle has an obvious passion for comedy and seems to have carved out a comfortable niche playing these sorts of roles, but that doesn't mean she wants to limit herself. For instance, she wouldn't mind doing more dramatic and leading parts. "My managers and my agents [Pyle is repped by Paradigm and manager Mel McKeon] and I have really been trying to figure out how to get me into the leading lady role," she says, laughing a little. Perhaps that's why a lot of her recent conversations with her reps involve turning things down. "They always tell me that the sexiest word in Hollywood is 'no'—saying no to parts that are not a departure from what I've already done—and to really look for maybe a more limited release, or an independent film that doesn't have a release [date] yet, that is a larger part, [rather] than doing the same things that I've done before, which are sort of slightly larger character parts in comedic films," she says.

But saying no isn't always easy for the hard-working Pyle. "I think [it] is incredibly difficult, because I love to work and I really don't care," she says. "But so much of what happens in Los Angeles is about a perception that people have about you, so the more you say no, apparently the more people want you." 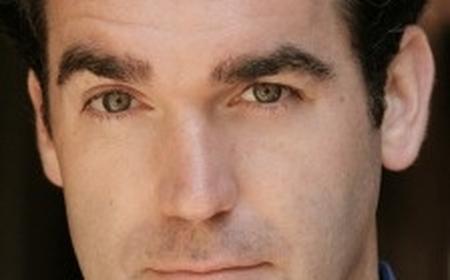 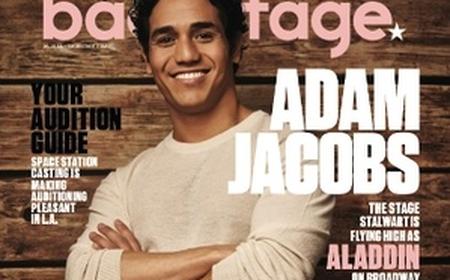