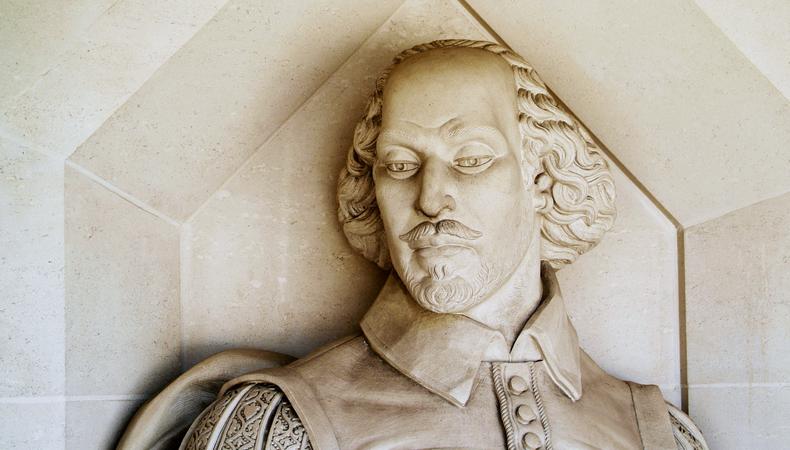 When the theaters of London were shut for approximately 6.5 years between 1603–1613, a man we call Shakespeare created some of his greatest works: “Antony and Cleopatra,” “Coriolanus,” and “Macbeth,” just to name a few. Repeated outbreaks of the “Black Death” lead to the government-imposed theater closures under public quarantine regulations. Yet, Shakespeare, a self-made man with only seven years of schooling at the village school, emerged prosperous from a time when other leading writers lost their shirts.

Little is definitively known about the man who came from Stratford Upon Avon to make his way in upwardly mobile Elizabethan London. Yet close examination of Shakespeare’s plays, paired with details of his proposed biography, reveals three key money principles that may have guided him to create plague-resistant financial success when his main source of income was largely nonexistent.

1. It pays to be popular.
As an actor, Shakespeare was likely paid a working-class wage like a craftsperson or a foot soldier. Yet, with a young family back home to support, Shakespeare quickly set his sights higher and began to write plays, which increased his take home pay five times for every play. Since a popular play could mean a second showing, when the ticket sales went directly into the playwright’s pocket, Shakespeare soon began to explore tales of love, patriotism, and bloody revenge: timeless crowd-pleasers. While these plays were less groundbreaking than his later works, they generated the revenue he needed to begin to stabilize his financial footing and begin to build his cash flow reserves.

While mainstream projects might not light your creative fire, the money it generates can fund your master work in the meantime.

2. Spend less than you earn.
When Orlando heads to the woods in “As You Like It,” it’s his manservant Adam who funds the journey. Making no more than the average actor, Adam saved nearly a quarter of his lifetime income. This character-defining thriftiness allows Adam to protect and provide for his young master in a time of crisis, exactly as Shakespeare himself did for his family back in Stratford. Shakespeare’s will indicated he died a well-to-do man, leaving property, belongings, and even gold to his family.

And since even “a penny saved is a penny earned,” this is a principle you can start today and increase as your income picks up in time.

3. Get serious about your side hustle.
When time (and cash) was right, Shakespeare bought into his theater company. As a shareholder, Shakespeare put money in his purse with every pound his company made, whether he was involved or not. Suddenly the boy from the sticks was making an average of four times the yearly income of an actor. He spread this extra income between a wide range of investments, including buying property and land back home.  While few people talk about Shakespeare the landlord, this extra income secured the financial safety that sustained Shakespeare and his family during the theater closures.

Think about adding some new special skills to your résumé: develop ways to make money beyond the performing arts.

Sunny days are always coming–but make sure you have good money practices in place to stay safe and secure for the duration of the storm.

Rhianna Basore
Rhianna Basore’s a financial empowerment coach who helps creatives earn their true worth. Whether they’re negotiating contracts, pricing their services, or figuring out how much to reinvest in their businesses, she helps artists, actors, and healers set themselves up for success. As an international director/producer, professional writer, and award-winning actor, her creative work infuses her hands-on approach to help creatives kick the starving artist mentality to the curb and build a thriving artistic business.
END_OF_DOCUMENT_TOKEN_TO_BE_REPLACED