The Monologues You Should Never Audition With, According to an Agent 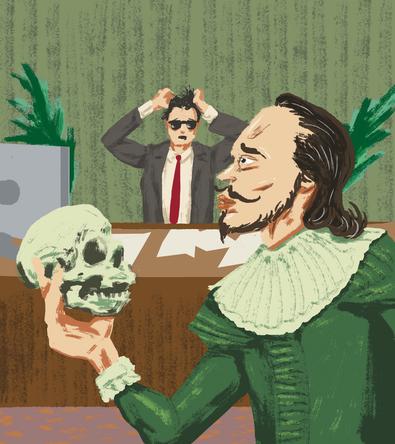 “…And I will strike down upon thee with great vengeance and furious anger those who attempt to poison and destroy my brothers. And you will know I am the Lord when I lay my vengeance upon you!” (Insert multiple gunshots.)

Does that sound familiar? It should. Samuel L. Jackson made those lines famous in “Pulp Fiction,” and they’ve since become iconic. Now answer me this: What kind of idiot actor would choose to perform that piece during an agent workshop?

One of the best ways to attract representation is to showcase your abilities. These days, workshops seem to be the easiest way to do this, but a lot of agencies also invite actors to perform scenes in their office. Either way, it’s imperative that you choose the right material.

A few weeks ago, we met with a young actor who had been referred to us by a casting assistant. The meeting went well; the kid was very appealing. He didn’t have a reel and agents never sign someone without seeing their work, so we invited him back to perform. When he returned, he did the Marlon Brando monologue from “Apocalypse Now,” the one where Kurtz talks about the horrors of war.

Both scene choices were misfires because the material was too recognizable and the actors suffered by comparison. Watching a clueless white guy perform the “Pulp Fiction” piece made me think about Jackson, not the actor in front of me. And watching a kid in his 20s try to pull off a monologue made famous by Brando was laughable.

Other well-known scenes that have been done to death include Alec Baldwin’s lecture from “Glengarry Glen Ross,” the lesser version Ben Affleck did in “Boiler Room,” and the argument between Matt Damon and Minnie Driver in “Good Will Hunting.” Watching actors showcase with those scenes doesn’t make me want to sign them—it makes me want to watch those movies again.

Courtroom scenes are also a bad idea. I’m not sure why, but they never work. Women especially like to perform the closing statement from “The Accused,” and I’ve never seen that piece get a positive reaction.

You should also consider your clothes. No one expects you to wear wardrobe to a workshop or agent’s office, but you don’t want to distract from the reality you’re attempting to create. Over the years, I’ve seen women wear short skirts when they’re playing nuns and I’ve seen men show up in jeans and sneakers to play lawyers and investment bankers.

And on that note, don’t attempt to mime them, either. If you’re doing a phone scene, don’t hold two fingers to your head. That’s just mental.

To help get you on track, here are my three rules for choosing material:

Remember, when you’re performing for us industry types, the focus should be on you, not your material or clothes or anything else. Trust me. If you give us a reason to say no, we will.

Like this advice? Check out more from Secret Agent Man! And if you want to find out how agents find actors, watch the video below!