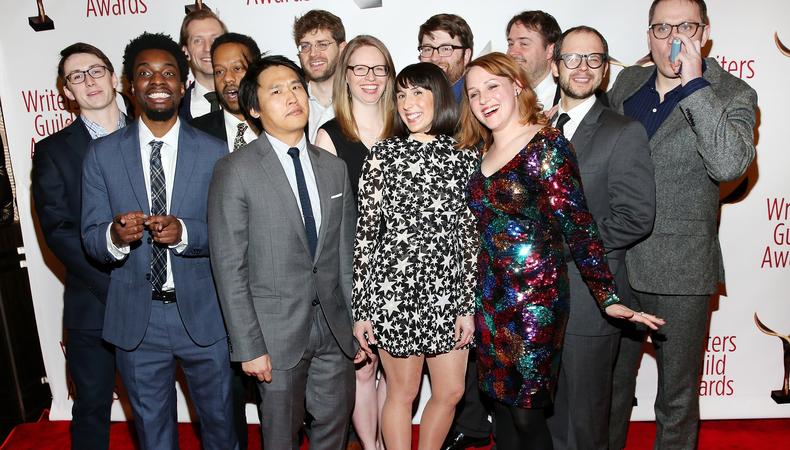 Writers in both New York City and Los Angeles were crowned Feb. 19 in recognition of their achievements in film, television, new media, and more. The 2017 Writers Guild Awards celebrated the best screenwriters in the biz, including Barry Jenkins and Tarell Alvin McCraney for “Moonlight,” Eric Heisserer for “Arrival,” Susannah Grant for HBO film “Confirmation,” and FX series “The Americans.”

The cable network, in fact, fared particularly well with the guild, earning additional wins in the adapted long form category for “The People v. O. J. Simpson: American Crime Story,” plus in both comedy and new series categories for “Atlanta.” Showrunner and star Donald Glover was honored alongside his writing team: Stephen Glover, Jamal Olori, Stefani Robinson, and Paul Simms.

Unusually, “Moonlight” took home the top award in the original screenplay category (besting other awards season winners “Hell or High Water,” “La La Land,” “Loving,” and “Manchester by the Sea”) despite being nominated for adapted screenplay at the Academy Awards. Writer-director Barry Jenkins is widely considered that category’s front-runner at the Feb. 26 ceremony.

David Simon presented screenwriting legend John Waters with the Ian McLellan Hunter Award for Career Achievement. “Decades ago, a critic once wrote that my screenplays ‘were merely clotheslines to hang out my dirty wash,’ ” said Waters in a statement. “I’m glad the WGAE disagrees—or maybe they DO agree, who knows? Either way, I couldn’t be more honored and excited to get this award.”

For a partial list of this year’s WGA winners, see below. Visit wga.org for more.

ADAPTED SCREENPLAY
“Arrival,” Screenplay by Eric Heisserer; Based on the Story “Story of Your Life” by Ted Chiang (Paramount Pictures)

EPISODIC DRAMA
“The Trip” from “This Is Us,” Written by Vera Herbert (NBC)

Jack Smart
Jack Smart is the awards editor at Backstage, where he covers all things Emmy, SAG, Oscar, and Tony Awards. He also produces and hosts Backstage’s awards podcast “In the Envelope” and has interviewed some of the biggest stars of stage and screen.
END_OF_DOCUMENT_TOKEN_TO_BE_REPLACED