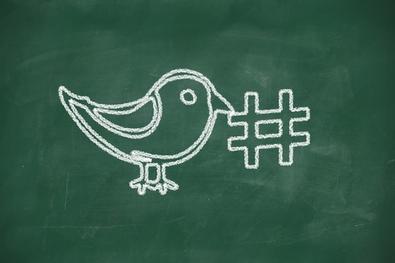 You're an actor—you already know that the going can get tough. And if you live in L.A., you're familiar with seeking out the tiniest edge that will slip you ahead of your competitors. To help you find that edge, we've compiled a list of 23 must-follow casting directors on Twitter (listed alphabetically below). Whether they're tweeting about audition tips or just reacting to what they're watching on TV, their insights can be beneficial. Besides, it doesn't hurt having your name pop up as a notification in their Twitter account.

Amy Jo Berman is former Vice President of Casting at HBO and for 14 years has overseen the casting of over 150 films, mini-series, and series. She is the founder of Audition Polish, a membership-based audition coaching program that has helped actors around the globe nail their auditions on the first take.

Risa Bramon Garcia is partnered with Steve Braun in The BGB Studio, dedicated to revolutionary acting and audition training. For the past 30 years Bramon Garcia has worked consistently as a director, producer, casting director, writer, and teacher, collaborating with some of the most groundbreaking artists in the world.

Tracy “Twinkie” Byrd is a Brooklyn-born and raised casting director with more than 24 years of experience in the industry. Byrd has the vision to spot actors who can bring complicated and nuanced story lines from page to motion picture. Her work on the Sundance/Cannes-winning film “Fruitvale Station," Stomp the Yard,” “The Blind Side,” “Notorious,” “Jumping the Broom,” and “Sparkle” prove as much. Byrd has spent decades channeling her super power of finding the perfect person for every character.

Casting Directors Sherrie Henderson & Dan Velez of Dream Big Casting say its misson is, " ... to provide affordable casting with creative passion and the determination to leave “no stone unturned” (as the great Mali Finn used to say), at the level of any other casting director working in Los Angeles today, or anywhere worldwide."

Danielle Eskinazi is an award-winning casting director. With more than two decades casting films, television, theater, and commercials, Eskinazi has cast such talent as David Bowie, Rosanna Arquette, and Woody Harrelson, while also launching the careers of now-successful actors including Hank Azaria and Milla Jovovich.

From Twitter: "NYer for life, LA for now. Sometimes I cast actors in shows you might watch."

Gohar is a Casting Director with Bialy/Thomas & Associates. In her six years with Bialy/Thomas, Gohar has collaborated on the casting of a variety of projects including numerous television series and pilots as well as feature films and theatre.

Bonnie Gillespie is living her dreams by helping others figure out how to live theirs. She casts SAG-AFTRA indie feature films and series.

Jeremy Gordon is known for his work on "We're the Millers," "The Wolverine," and "Knight and Day."

From Twitter: "Casting Director living in LA, Credits include TripTank, Call of Duty, ROBOT CHICKEN, STARGATE SG-1, CURSE OF CHUCKY,etc-PROUD TO BE A GEEK !!!! ;)"

Caroline Liem is a casting director, audition coach and teacher based in Los Angeles. She has cast independent films, studio features, and television pilot/series.

Ricki Maslar, CSA is a successful casting director and producer with over thirty five years’ experience in the entertainment industry.

From Twitter: "Commercial Casting Director / Workshop offered with a unique, effective approach that yields national bookings and exponential self growth."

From Twitter: "I am an independent casting director for feature film and TV."

From Twitter: "Manager of Casting for TNT & TBS. Just your basic Colorado guy who moved to Hollywood. Haven't yet given up my faith in humanity. ;)"

Casting Director for "Arrow," and "The Flash."

Jen Rudin is an award-winning New York based Casting Director and audition coach, and author of the book Confessions of a Casting Director. She owns and operates Jen Rudin Casting which casts for film, television, animation and theater.

"Stuart Stone Casting has an uncanny ability to find the most engaging, fresh and original talent in any medium."

Casting director Lana Veenker began her career in London and, upon returning to her Northwest roots, founded one of the top location casting companies in the country, Cast Iron Studios.