Myths, Mistakes, and Making It in Voiceover 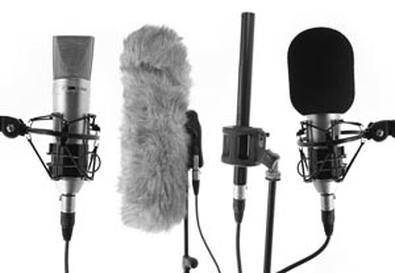 It's true every facet of the entertainment business has its share of myths-from Lana Turner's discovery at Schwab's Drugstore to recent sightings of Elvis. And the voiceover industry is no different. Here are a few:

1. Four or five actors do all the VO gigs. Not quite. There is greater variety than ever. With a renewed interest in real voices, more and more actors are getting a shot.

2. I don't live in a major market, so I have no chance in VO. Actually, chances have never been better. With advanced technology on everyone's desktop, it's easy to get auditions back and forth. And talent agencies are now comfortable with their talent sending it in.

Of course the "myth list" goes on and on. So does the list of mistakes VO artists often make, such as:

1. VO is easy; anyone can do it. No, it isn't. I don't want to start a myth, but it is actually just as difficult and demanding as any endeavor one might pursue.

3. I don't need to be a good actor to be good at voiceover. Au contraire. Voiceover is acting, and the same commitment is required.

4. I don't need to know much about mics and recording. It's just an audition. Improper mic technique and poor recording sound unprofessional and are usually rejected.

So how does one go about making it in the VO biz? There are no guarantees, but there are plenty of success stories. Here are the top tips:

2. Listen to lots of VO demos.

5. Don't get discouraged after the classes.

6. Get objective criticism from a variety of sources.

8. Get objective criticism of the demo.

9. Don't get discouraged after making your demo.

10. Learn how to record yourself.

Jeff Hixon is CEO of Voicebank.net.