5 Myths You’ve Been Sold About Memory 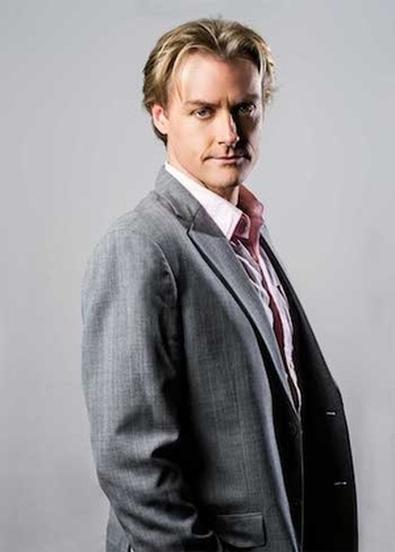 You may feel you have good general ability for recalling a variety of things, or you may believe that you’re doomed to forget the name of your Uber driver the second you step out of her car. Either way, it’s important to be sure your conclusions are based on actual science, otherwise your personal experience may simply align with the myths.

I teach memory techniques to help anyone remember anything, but unsurprisingly, techniques are only useful when employed regularly. Lack of use is not equal to loss. The “use it or lose it” myth perpetuates the notion that we are just not capable, so why bother, when in fact the issue is not poor memory but simple inattention or failure to practice.

2. Your mind has a limited capacity. If this were actually true then you could never learn a new person’s name without forgetting someone else’s. Everyone can “increase” his or her memory capacity dramatically. In reality though, it’s not increasing anything. It’s simply employing techniques to locate, retrieve, and dust off that grill from the basement.

Your brain does not have a limited capacity—at least not one science has yet found a way to measure. It’s important to know that if your brain has a large enough capacity to defy measurement, so does your memory.

3. You can’t teach an old dog new tricks. Once you remove fear and negative programming from the equation, you can teach anyone anything. Close your eyes right now and recall the 12 colors above (out loud).

Really give it an honest try before reading any further.

Now picture this story: The Incredible Hulk (green) jumps into the ocean (blue) and punches Spiderman (red). An orange (orange) comes flying out of his mouth and bounces off the Yellow Brick Road (yellow). The yellow road has grape vines (purple) running alongside it, with grapes being squished by Darth Vader (black). Suddenly he realizes he’s covered in juice, so he takes off his cloak and he’s wearing a fine business suit (grey) underneath, to which he adds a bright tie (pink), so he can gain entry into the Indigogo Lounge (indigo). He puts a gold coin (gold) into a slot to open the door, and is greeted by an elephant bouncer with massive tusks (ivory).

Read the story once more, then close your eyes and try the list of 12 colors again.

4. There is such a thing as a photographic memory. Many studies conducted on this very topic conclude that photographic memory does not exist. Subjects in one test were given a chart containing a long sequence of digits to recall, with some participants returning an almost perfect score. When they were asked to recall them out of order though their scores plummeted. The area of apparent photographic memory is still a mystery, but what we do know is that it’s nothing like a photo.

When you look at a photo you can call out everything you see, and in any order. Though some people have an uncanny ability to recall long strings of words or numbers in order, nobody has proven that they can recall them out of order without specific image-based memory techniques.

By now, even you can most likely tell me the color that comes after green, the last color in the list, and the color of the tie Darth Vader was wearing. That’s as close to photographic as you’re likely to get.

5. Some things are impossible to remember. Your mind is a computer, with a hard drive for storing data and a processor to regulate the efficiency with which you navigate and manipulate that data. If your “brain computer” is giving you the spinning beach ball of death it doesn’t mean the information is lost, only that it’s likely incorrectly labeled or inefficiently stored.

Forgetting your Uber driver’s name is rarely a memory capacity issue, rather failure to collect and correctly label that particular document initially, and then place it in a file that makes sense in a later search.

Say the 12 colors out loud, beginning with green. Now start with ivory and work backwards.

Paul Barry
Paul Barry is an L.A.-based Australian acting teacher, author of “Choices,” and a Backstage Expert. Barry runs on-camera classes in Santa Monica as well as online worldwide and conducts a six-week program called Dreaming for a Living, coaching actors, writers, and filmmakers in how to generate online incomes to support their art.
END_OF_DOCUMENT_TOKEN_TO_BE_REPLACED