The Natural and the Unnatural 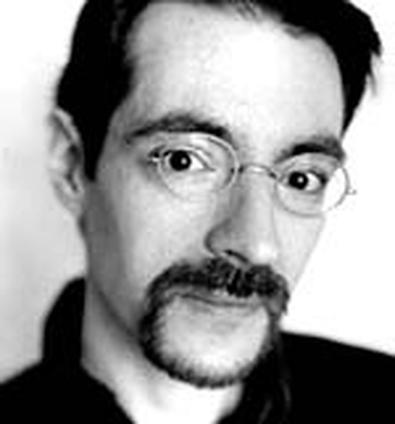 So I thought I'd start off this month's column with a joke:

Q: How many actors does it take to screw in a light bulb?

Last month, an old friend of mine, Bradley Cooper, won rave reviews for his co-starring performance on Broadway with Julia Roberts and Paul Rudd in Three Days of Rain. To put this in perspective, the last time Bradley appeared on a New York stage — six years ago — he was co-starring with me. And I had the bigger part.

However, this is one case where, unlike the joke, I could not have done it any better. And here's why:

The first time I saw Bradley act was in a class in 1997, and despite his relative lack of experience and training at the time, I remember being awed by how relaxed he was and the effortlessness of his performance. I knew I was watching someone who was born to act, and his stellar rise from a now-demolished Off-Off-Broadway theatre to key roles in Alias and Wedding Crashers and talk of how he was robbed of a Tony nomination bears me out.

"Born to act," on the other hand, is not exactly the phrase any sane person would use to describe my initial clueless forays into the craft. Just one example: In one of my first roles — a tiny part in a high school production of The Man Who Came to Dinner — my efforts were so clumsy, awkward, and wooden that the director felt it necessary to schedule additional rehearsals just for me, a character with barely a dozen lines. Even by the lofty standards of the high school play, I was embarrassingly inept. At the end of one of those rehearsals, I remember him, with a look of weary compassion on his face, telling me (in reference to the insignificance of my role), "Don't worry about it. It's not like you're going to ruin the whole show."

How's that for an inspirational pep talk? But apparently it worked.

If some actors can be said to have a natural talent — not that natural talent, I hasten to add, absolves you of having to work your ass off for every sliver of career success — then I'm what you might call an unnatural talent. "Charlie Hustle" was the nickname they gave Pete Rose, baseball's all-time hit leader; "no one ever wrung more success from less natural talent than Rose did," wrote columnist George Will. So I tried to become the Charlie Hustle of acting, learning everything I could about the craft despite my lack of innate ability, my sheer horror at the thought of having to stand in front of a group of strangers, let alone trying to "act" for them.

It took me years to break down all my preconceptions about what "acting" was and to learn the lesson that every good actor learns eventually — that it's not about "acting," it's about "not acting." It's about being and doing. That the minute you feel yourself "acting," you're screwed. Once I'd figured that out, it took me several more years to feel as relaxed in front of an audience as I do in everyday life (though given my social discomfort in everyday life, perhaps it wasn't that long a journey).

I can't remember when or where my breakthrough finally occurred, but I do remember going to the theatre religiously, watching the actors at work, comparing the good ones to the not-so-good ones, and — like a junior Stanislavsky — trying to figure out objectively what differentiated them, and what that distinction could teach me: Learning not to wander about the stage but to stand still, to relax, to be patient, to listen, to focus like a laser, to keep it simple, to have a clear intention for every move you make, to be conscious of and follow your impulses. (Not unlike hitting a baseball, now that I think of it.)

Which brings us to Actor Joke No. 2:

Q: How many Meisner actors does it take to screw in a light bulb?

A: How many Meisner actors does it take to screw in a light bulb?

(If you don't get it, go sign up for a Meisner class.)

It's ironic that so many of my most valuable acting lessons came from watching other actors at work. Because ever since I started acting seriously, I've found it almost impossible to relax and enjoy a night at the theatre. No matter how absorbing the play may be, I can't help but sit there and, like the actor in Joke No. 1, mentally try on every role, contemplating how I would have done it — if not better, then at least differently — and perhaps silently stewing that I didn't get the chance.

Is it an occupational hazard among actors in general, or is it simply my own self-absorption and desperate need to be on stage that makes it so difficult for me to enjoy any play that I'm not in? Are actors naturally more competitive than the general population, or does the nature of our business just make it seem that way? (The reason the joke is funny, after all, is because we all know actors like that, and I'm only slightly embarrassed to admit I'm one of them.) Unfortunately, one of the downsides of becoming an actor is that it has ruined me as a theatregoer.

Another thing I learned from being an "unnatural" talent is how long it takes. Meisner famously said it takes 20 years to make an actor. Well, I've been at it, off and on, for 27, and I feel like I still have far to go. Not because the technique of acting itself is difficult — it's the simplest thing in the world — but because it takes so much practice to get good at it.

I still see actors who, like Bradley, awe me. And it's always tempting to compare myself to him — and, more dangerously, my career to his — simply because he's a friend and we've shared a stage together. But I have to keep reminding myself that I'm not him. His career path is not mine. And though one day, I hope, we end up in the same place professionally, like it or not I'm taking the scenic route.