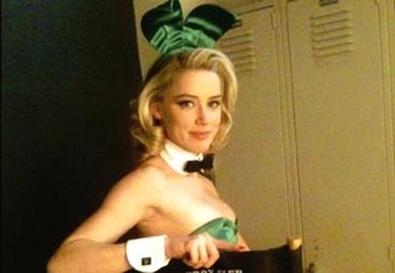 The Parents Television Council is taking aim at NBC's "Playboy" pilot for requiring actors to sign nudity clauses in their contracts.

The TV watchdog group says the Comcast/NBC merger is to blame for attempts to "obliterate any remaining standards of broadcast decency" because the media company "either cannot distinguish between Showtime and broadcast television, or they are choosing to ignore those differences."

"During last year's public comment period for the Comcast/NBC merger, the PTC called on the FCC to 'force Comcast to stipulate that it absolutely will not use the public airwaves to distribute pornographic material … the public interest demands no less.' NBC now says it will air a pilot with "Playboy" in its name and the production company is requiring performers to sign a nudity clause -- something virtually unheard of for broadcast TV," said PTC president Tim Winter.

Nudity clauses are added to contracts if actors are expected to disrobe on a series. Though NBC has not picked up "Playboy" to series -- it has only ordered a pilot -- is not currently slated to air on television, nudity clauses are extremely rare.

"Playboy" stars Eddie Cibrian as a Chicago attorney who is also a Keyholder at the glamorous, exclusive Playboy Club. Jenna Dewan-Tatum, Leah Renee and Wes Ramsey are also cast members of the 20th Century Fox TV and Imagine TV project.