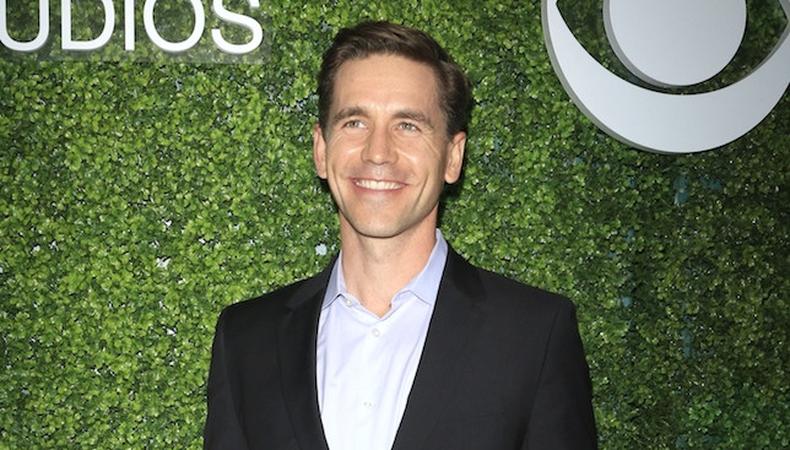 You might think that when you’re on a hit TV show—as in a monster hit, which “NCIS” consistently is—you take your audience for granted. But not Brian Dietzen.Dietzen plays Dr. Jimmy Palmer, the irreverent, slightly geeky medical examiner on “NCIS,” which begins its 15th season Sept. 26 on CBS, and he’s just as stoked about finding new fans as he is engaging loyal viewers.

“We’re really fortunate to have a lot of viewers, but there are always facets and segments of the audience to get to tune in,” he says. “And this year’s season premiere is my favorite in probably seven or eight seasons.”

A regular since Season 10 (he was frequently recurring for nine seasons before that), Dietzen shared his advice for keeping a character fresh year after year, and the unconventional way he began a career in Hollywood.

What are the challenges or joys in portraying one character for 200-plus episodes?
As an actor, you want to find that new discovery every night, which is the joy for the audience. From my experience, it’s having Jimmy Palmer continue to learn things. The long-form storytelling [of a long-running drama series] is a blast to play. The character has to return to zero at the end of each episode, but has to grow [from one episode to the next]. There’s a fine balance. A pessimistic person, which I’m not, would say it’s boring to have to tell the same stories over and over. But I think it’s great! As an artist, I like to ask, How do I keep this fresh and not only want to come back myself, but bring back the audience? It’s a fun, fun obstruction.

Have you gained specific knowledge of skills just from, as they say, “playing a doctor on TV?”
I [definitely] have acquired a lot of knowledge about being a medical examiner. We have the chief medical examiner of Los Angeles as a consultant, and so [co-star David McCallum] and I have been able to witness autopsies and sit in and ask questions [of actual medical examiners]. All of that has really informed our portrayals, and what it means to be a person who does that for a living. For instance, the autopsy room has been a light-hearted place [on set]. That’s real; if your job were to mourn professionally, you’d go crazy in a week. They have normal human conversations. It’s an amazing profession that in real life I would be terrible at.

When you’re on a long-running series, how important is it to continue to study and train?
Absolutely it is important to hone your skills. My favorite acting teacher and mentor in college said, “You could never imagine a ballerina sitting on their couch waiting for the phone to ring. They would stretch and rehearse even between jobs.” If you’re not challenging yourself an as actor, you’re [not doing the job]. Since I’ve been out here, I’ve been writing and producing independent films, which is another set of skills. It’s also a way to examine other characters. That allows you to come back [the next season] with a new attitude.

What advice would you have for an actor looking to relocate in L.A.?
I think the great thing about moving to Los Angeles, or New York for that matter, is that there’s no one correct way to get work… otherwise, everyone would do the exact same thing. There are certainly wrong ways, but when I first got out here, I looked up casting directors and would write letters to them saying, “Give me 10 minutes of your time and I will show you what I can do and won’t waste your time.” Some managers told me I really shouldn’t do that unsolicited. I didn’t know I wasn’t supposed to do that but I would totally do it again. I got a series regular gig—without a SAG card or an agent—from one of those letters. The casting director said, “This is the first letter I’ve gotten like this; I just get headshots and résumés.” If you run into people who say, “That can’t be done,” as long you do it respectfully and are coming from the right place, exhaust every avenue.

Head to our official Instagram account to see Dietzen take us behind the scenes of the acclaimed series, beginning 12 p.m. ET!

Get yourself out there! Check out Backstage’s TV audition listings!